Alas, tomorrow will not mark the end of Britain’s Covid restrictions, and anyone planning to celebrate the 5th Anniversary of the Brexit vote this Wednesday will have to limit the number of invites to 30 people outdoors.

Alas, tomorrow will not mark the end of Britain’s Covid restrictions, and anyone planning to celebrate the 5th Anniversary of the Brexit vote this Wednesday will have to limit the number of invites to 30 people outdoors. However, we reached an important milestone this week, as every adult in Britain was offered a first vaccination. 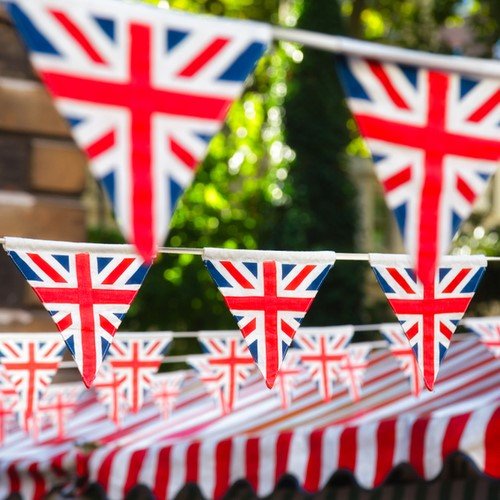 A week for bunting, despite the continued restrictions

The handling of the vaccination rollout has been a major success for Brexit Britain. We were reminded once again this week about the rewards that a nimble nation state can reap in matters of international procurement, and of the failure of the lumbering EU to secure watertight contracts. The Commission’s claims against AstraZeneca were rejected in court, as judges in Brussels confirmed what the world already knew: that the EU’s ‘best efforts’ clause did not guarantee them a fixed supply of vaccines.

The UK-Australia trade deal – which was finalised this week – is another example of the advantages available to independent trading nations. Though the news was greeted with the usual wave of scare stories, the deal is an important first step towards the liberalisation of trade beyond Europe, and bodes well for Britain’s ‘global’ future.

Meanwhile, the attempt by the fundamental Christian Free Presbyterians to regain control of the DUP, the party founded by their church leader Ian Paisley, has failed. Comprising only 1% of Ulster’s unionist population this group has long defied political gravity but under the likely leadership of Sir Jeffrey Donaldson the DUP should resume its march to the mainstream, continuing Arlene Foster’s intelligent opposition to the NI protocol. 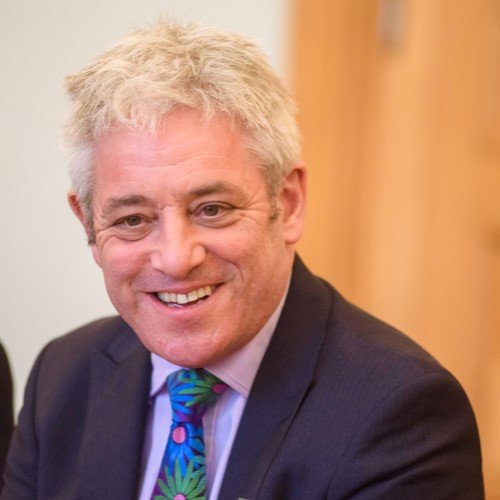 The future Lord Bercow of Remainia?

In other news, former Speaker of the House and ardent Remainer John Bercow has managed to worm his way back into the headlines by defecting to Labour, just as we were starting to enjoy the sensation of forgetting that he exists. Bercow tells us that he no longer ‘identifies’ with the Conservative party. How might he consider his identity could be captured better? Might the word ‘Lord’ help?

BfB co-editor Robert Tombs discussed the history of England and the future of the Union on the London Review of Books ‘Talking Politics’ podcast. Robert’s book, The Sovereign Isle: Britain In and Out of Europe, was also chosen as a recommended ‘summer read’ by The Times.

Professor Streeck argues that the UK and Switzerland share similarities in their adherence to democracy. Both countries, in their different ways, have developed varieties of democracy distinguished by a deep commitment to a sort of majoritarian popular sovereignty that requires national sovereignty. This makes it difficult for them to enter into external relations that constrain the collective will-formation of their citizenry.

“In Switzerland as in the UK, the ‘European project’ is a favourite of left-liberals, with Swiss joiners sharing with British Remainers a profound suspicion of popular-majoritarian politics.”

The PM’s changes to the NI Protocol were vital, by Roderick Crawford

Roderick Crawford argues that it is better for the EU Commission to wake up now to the risk which the potential UK use of safeguards poses to the current protocol and make the concessions that are required. The question may not be whether Johnson knew what he signed, as whether the Commission did.

“Getting consent into the protocol was the best that could be done and should have, and still might, shift the Commission’s approach.”

A letter to the EU, by Peter Marshall

Our regular contributor Sir Peter Marshall has recently written to the EU official charged with negotiations over Northern Ireland and allows us to publish the text.

Are we all mercantilists now? By Catherine McBride

With the UK Australia trade deal, the UK Government missed an opportunity to show the world, and the EU, that the UK is an independent nation whose markets are open. The tariff free quotas offered to Australian beef and sheep farmers are a fraction of UK imports and are not large enough to benefit UK consumers but as now, will mainly be used to supply restaurants and hotels. But no doubt Irish farmers will be celebrating this evening.

“Australia’s inability to provide the UK with unlimited amounts of beef, is precisely why the UK had nothing to lose by granting Australia the same terms that they have granted the Irish.”

The Importance of a Deal with Australia

Though something of a missed opportunity, the deal is still better than some press coverage gives it credit.

The BBC has recently published an article surveying the pros and cons of the Australia deal.  Although trying to voice both sides of the argument, the piece underplays some of the deal’s benefits whilst ignoring others entirely.  Chief amongst these latter are provisions that enable the mutual recognition of nursing and legal qualifications, and the right granted to under-35s to live and work in either country for three years.

This step will strengthen the UK’s historic ties with Australia, and add momentum to the UK’s pivot towards east Asia.  In the words of the article, ‘context is important’ – specifically the context of an ascendent China which threatens the liberal democracies of east Asia.

Critics of the agreement have persistently argued that trade with Australia will undermine British farmers and negatively affect the environment.  As we’ve suggested before, however, these concerns are largely exaggerated, used by vested interests in the UK to advance a more protectionist economic agenda.

As for the suggestion that liberalisation will set a precedent that will be demanded by other countries, there are neither legal nor political reasons why this should be the case.  If other nations increase their demands in a negotiation, that naturally enables the UK to insist on concessions of its own.  Thinking the contrary is to embrace a lazy slippery slope argument.

Nevertheless, the deal does have failings.  It could have gone much further in tariff liberalisation, sending a clear message to Brussels about the UK’s new independent trade policy and offering real benefits to British consumers.  This limited ambition highlights the lingering influence of essentially protectionist voices – which need to be curtailed if the gains of Brexit are to be realised.

A Crisis in Food Exports?

This need is particularly apparent given the shifts in the UK’s balance of agricultural imports likely in the coming years.  In this vein, the EU news outlet Euractiv this week belatedly reported on the UK food industry’s poor Quarter 1 export figures, with other papers following suit.  This news is hardly recent, and the export figures for those months reflect the impact of the pandemic and of stockpiling in previous months, as well as the effects of Brexit.

In other sectors trade with the EU is largely back to normal levels, despite the impact of the pandemic.  The food and drink sector makes up a relatively small share of the UK’s total exports at only 6.4% of the total (in 2019), and the UK imports just over double the value of food (£47.9bn) and drink by value as it exports (£23.6bn).

The UK’s most valuable export, moreover, is whisky – which at a value of £1.5bn is worth almost five times the amount of chocolate, its next.  This will benefit greatly from the removal of Australian and US tariffs.  This gain will particularly aid Unionists to sell Brexit in Scotland, as the UK’s ability to set its own trade policy played a significant role in coming to an agreement with America.

However, the food and drink sector is particularly at risk from the EU’s rigid insistence on imposing full health checks on imports – given the perishable character of the goods sent and the complexity of the bureaucracy required.  When the UK fully implements checks on EU imports, this situation will become the more acute.  Finding new markets for importers and and exporters to supplement Europe’s is thus all the more imperative.