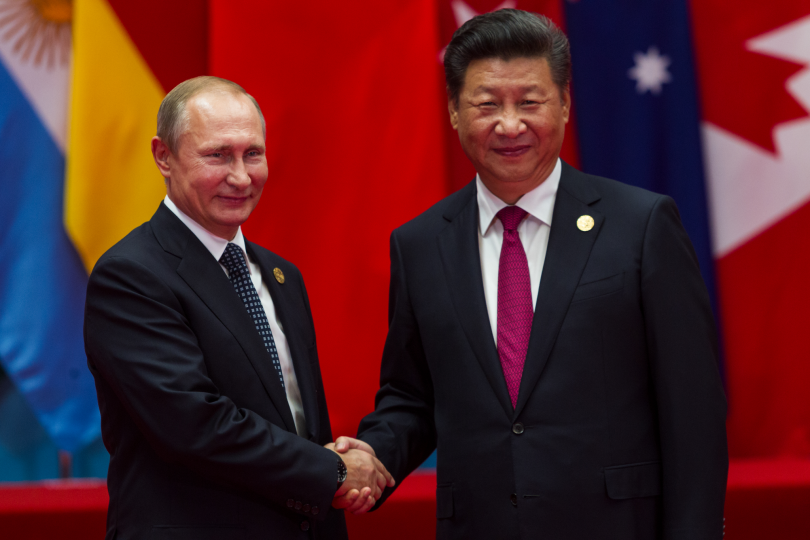 As Putin’s invasion of Ukraine continues to stall, the Kremlin’s messaging appears to be becoming increasingly erratic.

As Putin’s invasion of Ukraine continues to stall, the Kremlin’s messaging appears to be becoming increasingly erratic.  There are signs that he may be moderating his tone – but laying the groundwork for the use of chemical weapons at the same time.  A well-publicised protest by an editor on Russia’s state TV network suggests that the regime may be struggling to keep control of the narrative.  Fundamentally, however, Russia is an autocracy: until Putin decides to cease the attack, or is forced to by elements within the state, the invasion will grind on. 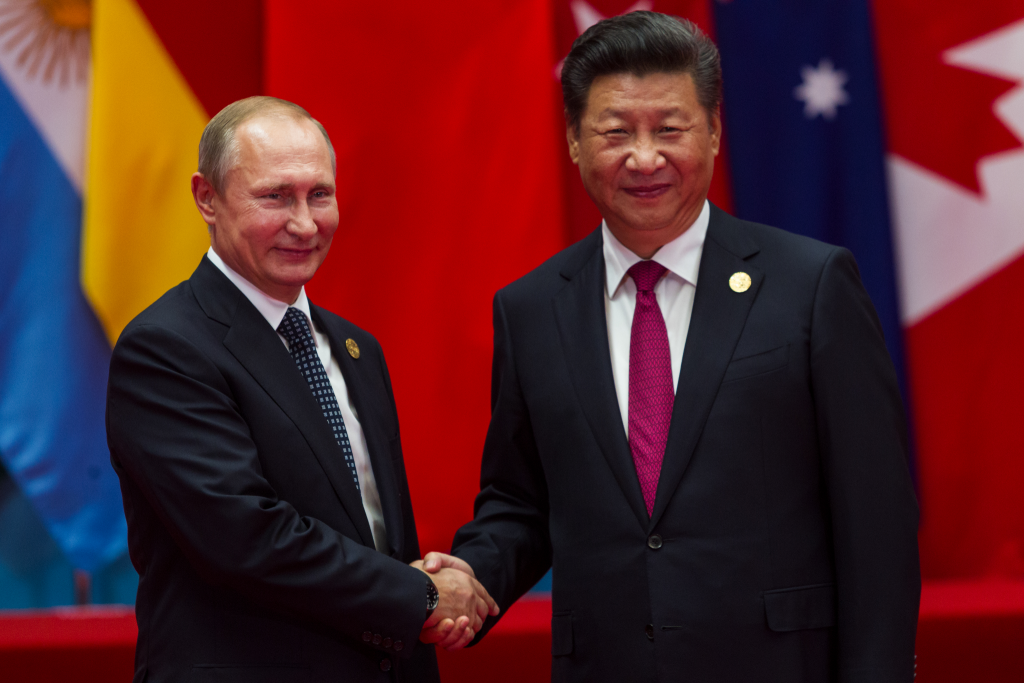 A friend in need?

There are worries, too, that China may be willing to lend Russia more active aid.  The country has avoided sanctioning Russia economically, and it is now reported that Russia has been trying to acquire weaponry from China.

In other news, Nottingham University withdrew its offer of an honorary degree to Dr David Sewell in December 2021.  Dr Sewell authored a recent report on race relations which – sensibly – suggested that while Britain is not yet a ‘post-racial’ society, it is hardly ‘institutionally racist’.  In a recent interview with the Daily Mail, Dr Sewell suggested that the revocation was evidence that British universities were hostile to freedom of speech – and ignoring his record of helping thousands of children from disadvantaged backgrounds. 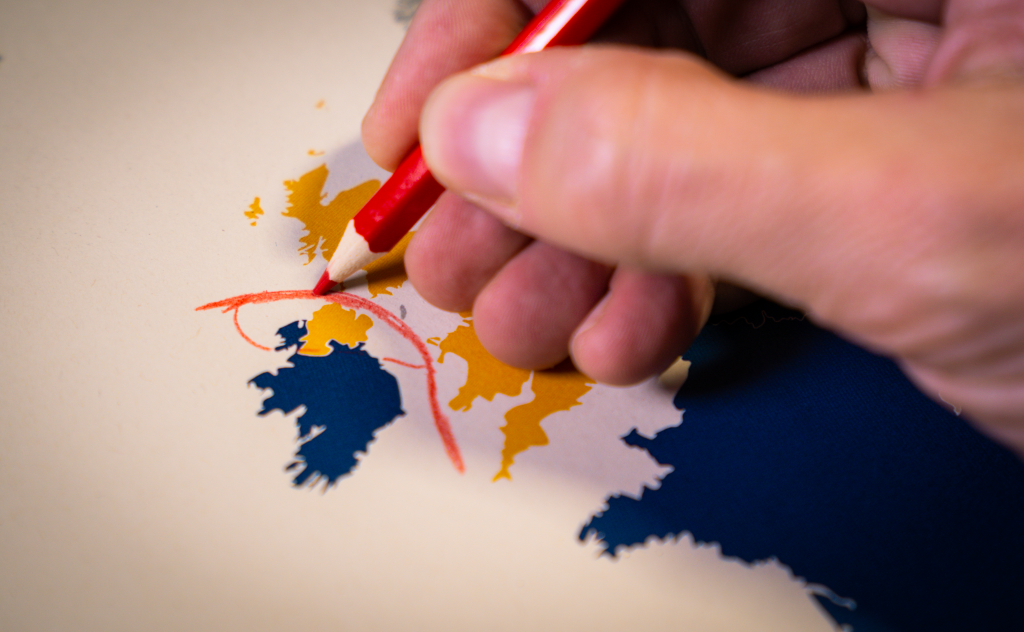 There are other concerns.  Firstly, the UK government recently tried to alter customs laws by secondary legislation to make them more compatible with the Protocol, before beating a hasty retreat when the move came under scrutiny. And secondly, MPs are growing concerned at the large amounts of new EU legislation affecting Northern Ireland, which highlights the lack of democracy inherent in the Protocol.  Taken together, they suggest the continuing issues in the province – and the seemingly declining will on the part of Westminster to proactively address them.

Finally, the Financial Times reports a Foreign Office view that for many years it was not possible to repay the Iranians the £400 million debt for undelivered tanks due to EU sanctions. Has Brexit unlocked the way to transferring the money and hence facilitating the release of Nazanin Zaghary-Radcliffe?

Robert Tombs’ article on the Oba of Benin is published on the site this week.  Additionally, he has written a piece on the supposed ‘genocide’ of Canadian indigenous peoples.

EU-UK trade has held up better than most observers expected but after more than a year UK government policy on Brexit has made very disappointing progress.

‘Unless there is a radical shift in approach, the UK risks ending up with a ‘BRINO’ (Brexit in name only) outcome which will deliver weak economic performance and could lead to Brexit being reversed by a future government.’

Why is St Paul’s Cathedral commemorating a Benin slave trader?, by Robert Tombs

Robert Tombs accuses the Church of England of hypocrisy in a new memorial in St Paul’s Cathedral to ‘unconditionally celebrate or commemorate’ a major slave-owner or trader?  The twelve-foot-tall bright red effigy of the ruler of the African kingdom of Benin, Oba Ovonramwen, who was deposed by a British expedition in 1897, in his view, embodies a racialised distortion of morality in which complicity in slavery is an unforgivable sin for a black person but morally innocuous for a blacvk person.

‘Benin had been a major slave-owning kingdom with a long history of violent slave raiding and trading — an activity that was ended by the British intervention. The famous and beautiful bronzes (many of which were seized and are now in European museums) were made with brass obtained by trading slaves.’

What is seen and not seen: the UK, Europe and beyond.

‘First, I will explain that Brexit is a long term project and must be judged as such. Second, I will look at the consequences of the bitter politics of our exit process and make some suggestions about how we might move on. Thirdly, and finally, I’ll comment on the Ukraine crisis and draw some conclusions as to how the West overall can strengthen its position globally.’

EU weapons exports to Russia are an embarrassment to its supporters.

Readers may remember various claims that were made about the strong steps that the EU has taken in support of Ukraine.  Many have, rather belatedly, offered weapons to the Ukrainian army.  Unfortunately, however, it now appears that European military gear may well be at least as prominent in Russian hands.  EU nations continued to export weapons to Russia well after 2014 – including France, Europe’s biggest security power alongside the UK.

This tallies with the relatively cool reception Ukrainian President Volodimyr Zelensky received after his address by videolink to the German Bundestag.  Zelensky has always been critical of Germany’s soft position on Russia under Angela Merkel, who persistently refused to cancel the Nordstream II Pipeline.  This contrasts with the warm welcome the President received from the House of Commons from both Boris Johnson and Sir Keir Starmer.

British fisheries are doing better than a recent report makes out.

The National Federation of Fishing Organisations, a trade body, produced a report in September 2021 on the impact of Brexit on fishing.  On the face of it, the report presents bad news: proclaiming that the sector will suffer losses of £300 million by 2026.

Happily, however, the situation appears to be rather better than suggested.  On pages 7-10, the report’s authors offer a breakdown of the losses they believe accrue from Brexit: £79.10 million, of which £42.5 million comes from loss of access to Norwegian, Faroese and Greenland waters.  Following February’s recent fisheries agreement with Norway, however, much of this loss will be reduced if not completely eliminated.  This may more than halve at a stroke the supposed losses from Brexit.

Moreover, the gains for the UK pelagic fishing fleet outstrip the losses to other sectors of the industry, even according to the report’s authors.  Exploiting this resource may require some capital outlay and re-skilling by non-pelagic boats, but nonetheless represents a real opportunity for British vessels.  Likewise the £58 million of quota which the report dismisses as mere ‘paper fish’ – again a resource that can be exploited with ingenuity and initiative.

As Boris Johnson said in his post-election address, it is also time for unity and reconciliation.  Keep reading our posts and share links to our quality content to help others understand how leaving the EU benefits the UK economy and our own democratic governance.  We aim to educate our critics to think differently and more positively about the long-term impact of Brexit.