Australia’s Liberal government was defeated in elections this week as Labor [sic] took the most seats – though it is unlikely to gain an outright majority.

Australia’s Liberal government was defeated in elections this week as Labor [sic] took the most seats – though it is unlikely to gain an outright majority.  Labor ran on a (relatively) moderate platform, though it has promised to fully implement the “Uluru Statement” on Aboriginal rights, which would require a referendum.  Moreover, much of the collapse in the Liberal vote went to right-wing albeit climate-conscious “Teal Independents”.  The result suggests mixed lessons for the UK government, which is ideologically close to Scott Morison’s outgoing administration. 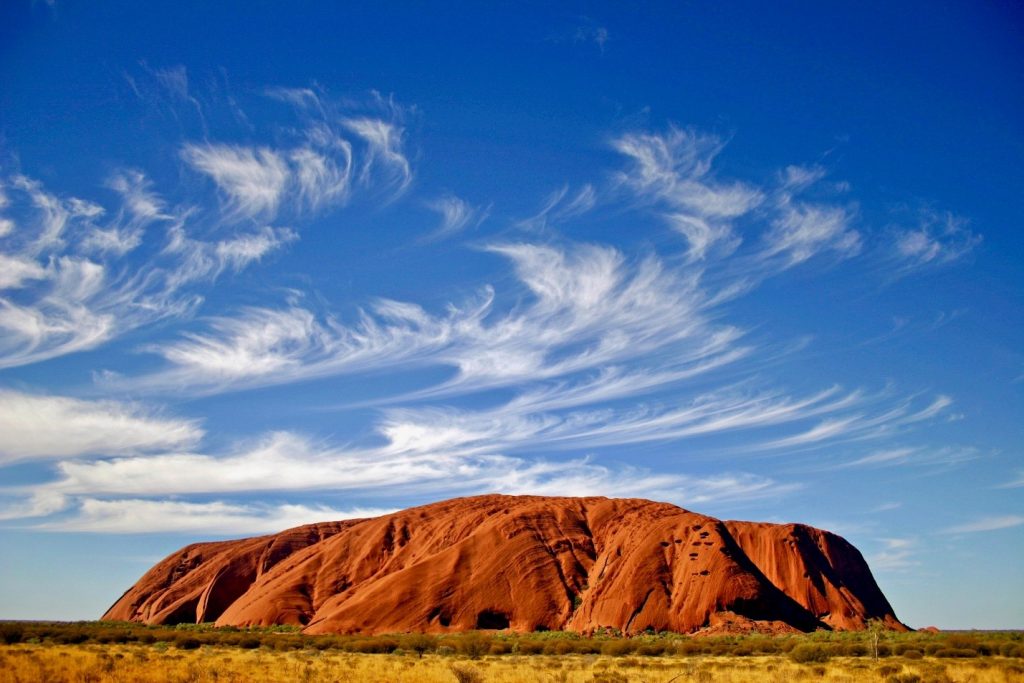 Uluru to Ayers Rock and back again?

Back home, the Northern Ireland Protocol continues to dominate the Brexit news cycle.  Liz Truss set out UK proposals in the Commons this week for alleviating the effects of the Northern Ireland Protocol.  These would most likely include “green lanes” for goods that aren’t at risk of crossing into the EU with robust punishments for traders caught smuggling into the bloc.  As Unionists have warned, however, more detail is needed before Unionist members return to Stormont.

Matters are not helped by other elements of the government.  Brandon Lewis has made some ineffectual attempts to threaten the DUP into resuming power-sharing by cutting their pay, which will surely antagonise Unionists without producing any concrete results.  The Treasury, meanwhile, continues to hold to apocalyptic predictions of the likely effects of a trade war – correspondingly undermining attempts to resolve the crisis in Northern Ireland.

The EU has responded with a combination of threats and wait-and-see.  Though it has re-iterated its willingness to compromise on the basis of its earlier proposals, it is clear that Brussels will not re-negotiate any elements of the Protocol.  In the context of this intransigence, Truss was right to conclude that further negotiations are essentially pointless. 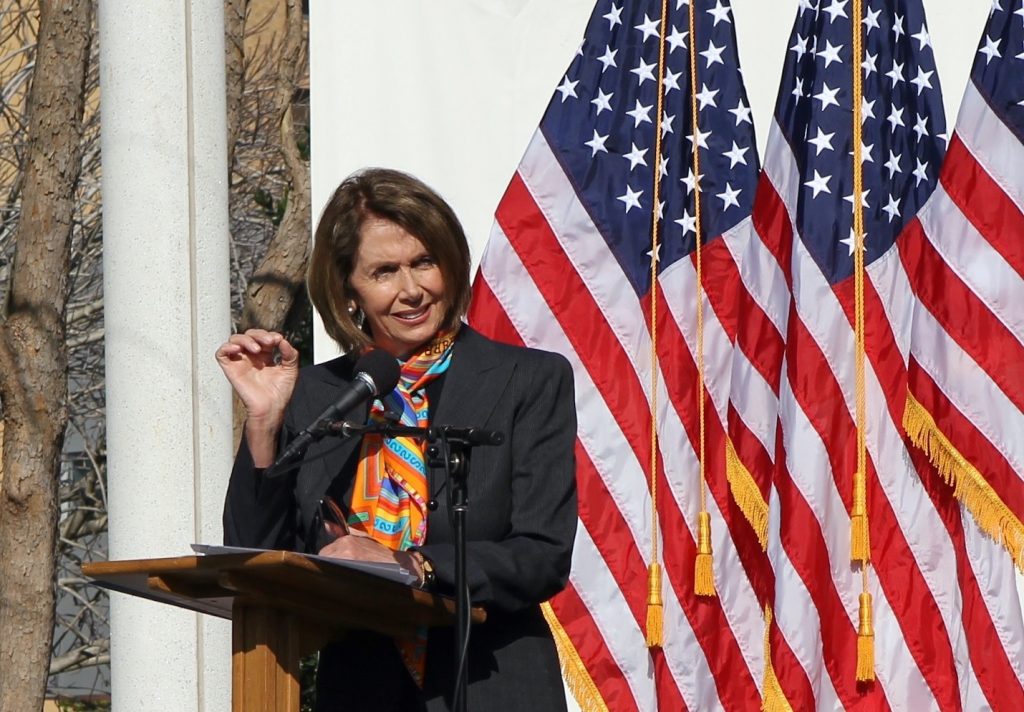 In connection, Speaker Pelosi of the US House of Representatives has repeated her threat that the USA will refuse any trade agreement with the UK if we unilaterally change the NI Protocol.  It is not obvious what such threats are meant to achieve.  The United States are not signing trade agreements with anyone, under pressure from trades unions. With Republicans likely to take control of Congress in November this is all very reminiscent of Barack Obama’s ineffectual threat to push the UK ‘to the back of the queue’.

Graham Gudgin published a piece this week in Spiked about the need to override the Northern Ireland Protocol – detailing how even modest UK reforms can protect the EU Single Market and remove many substantial barriers to trade.

Are EU threats to tear up the Trade and Co-operation Agreement Credible?, by A Cambridge PhD Student

The government’s threats to tear up the Northern Ireland Protocol have provoked strong pushback from the EU. Some have mooted the prospect of sanctions under the Trade and Co-operation Agreement, or even tearing up that entire treaty completely. What is the legal position, and how likely is the EU likely to act?

“When all is said and done, the Protocol is part of a treaty between two sovereign entities (or quasi-sovereign in the EU case).  It is open to the UK to repudiate elements of it, and to the EU to respond.  Such are the prerogatives of sovereignty.  Hand-wringing about breaches of international law from the British press are essentially moral rather than legal arguments.”

Tearing up the TCA?

UKRAINIAN Update no 4, by Adrian Hill

A GRAVITY SHIFT? Over the last week the Ukrainians have pulled off three successful tactical battles

“You really wonder who is in overall command? And it’s more and more obvious that it’s not a professional military officer unless Russia’s generals learnt nothing in Afghanistan and the Near East. Which raises more questions – what are Russian officers taught and do any Russian NCOs exist to whom anyone else in the army listens? Or is the problem much higher up the pecking order?”

The British government has failed to embark on significant divergence from EU policies since the UK left the EU customs union and single market. This reflects a variety of factors – general timidity, bureaucratic resistance and also the ‘anchoring’ effect of the Northern Ireland protocol. Now that the government has finally recognised the need to overhaul the protocol, the opportunity again arises for a radical reform agenda that will achieve real divergence in tax, regulatory and trade policy. But this will also require the government to address the other factors holding the UK back – in particular its own ambivalence and intellectual confusion about Brexit.

“The Treasury remains a centre of anti-Brexit sentiment – still unrepentant for the intensely skewed anti-Brexit studies it produced in 2016-2018 – and seemingly hell-bent on frustrating any useful changes in tax policy. HMRC meanwhile has proved wholly incompetent at upgrading and modernising the UK’s border processes – a vital component of making a success of Brexit.”

In Ukraine, the tactical initiative appears to be passing more and more from Russia.  A combination of Russian tactical incompetence, poor command and control, indiscipline and devastating effect of high-tech Western weapons is seriously stalling Putin’s war machine.  The West must continue to support Ukraine so that Zelensky has the best possible hand in any peace negotiations.

This cannot mean solidifying the current frontier.  As Adrian Hill puts it for Briefings this week, “a ceasefire that freezes the lines of contact and leaves afloat the Russian Black Sea Fleet with its mines and blockade is no help to the Ukrainians and of no interest. Restoring their farming calendar and opening sea trade again with the world are essential for them.”

This may also entail securing the wider region.  Foreign Secretary Liz Truss has expressed the view that Moldova may need supplies of weaponry to deal with the threats Russia poses.  In the unlikely event that Putin succeeds in seizing the whole of Ukraine’s southern coast, the annexation of separatist areas of Moldova will be high on Moscow’s agenda.

The results of appeasement for Eastern Europe are apparent in Belarus, where Putin’s vassal autocrat Alexandr Lukasenko passed a law which would bring in the death penalty for “attempted terrorism” – of which many political opponents stand accused.

More widely, Russia’s aggression and killings must be punished with defeat on the international stage. The world must know that the price of illiberal aggression against sovereignty and democracy is simply too high to be worth paying – particularly when it takes place on Europe’s doorstep.

In this context, it is disappointing that other European nations are wobbling.  Many Italians are substantially in favour of compromise and their government has taken heed of public sentiment.  France’s Emmanuel Macron emphasises the need for talks with Putin, which risks undermining support for Zelensky.  The EU is in turmoil about whether to cave to Russian demands to pay for gas in roubles – though with noble exceptions like Finland, which has refused point-blank.

It is also disappointing that Turkey is threatening to delay Sweden’s accession to NATO.  Ankara believes that Stockholm is too tolerant towards Kurdish exiles, who are members of rebel groups within Turkey.