A bad week for Matt Hancock, who has resigned over an illicit affair with an aide, which contravened his own Covid rules.

A bad week for Matt Hancock, who has resigned over an illicit affair with an aide, which contravened his own Covid rules. Hancock has left office just before he could enjoy the victory of Britain’s release from Covid restrictions, now scheduled for 19 July… Which serves him right, for the enormous hypocrisy of forcing ever stricter ‘guidance’ on the rest of us while blatantly ignoring it himself. 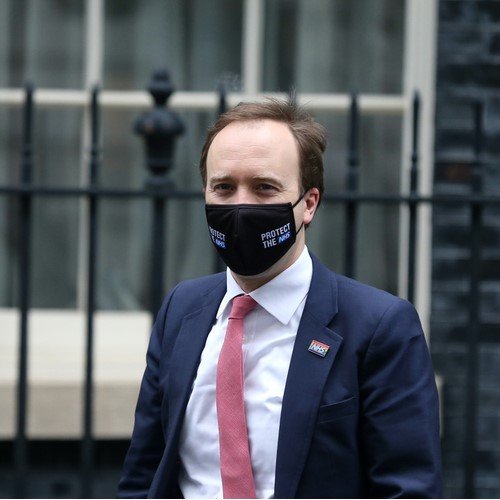 Should have left your mask on, Matt

Meanwhile, Wednesday marked 5 years since the Brexit referendum transformed British politics. Contrary to the naysayers of Project Fear, it has been going really rather well, as Britain enjoys the fruits of new trading opportunities and a Covid exit plan that is the envy of the world. Of course, problems with the Irish Protocol remain to be solved, and these are the primary focus of analysis on the BfB website this week. 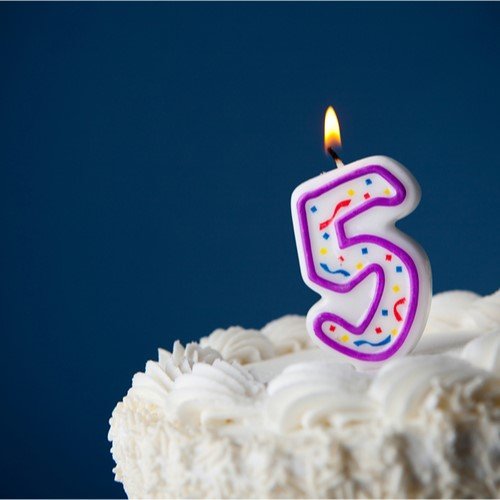 As we expected, the EU has graciously acceded to the UK’s request to extend grace periods for Northern Ireland’s imports from GB. In fact, they are relieved that the UK requested an extension so that they did not have to make the extensions themselves. Their worry is that any immediate deterioration in trade conditions would inflame loyalists as the marching season approaches. They are likely to resume normal intransigence in September.

To mark the fifth anniversary of Brexit, BfB co-editor Robert Tombs has written an article for UnHerd on ‘The fate of the “Anywhere” people’. Robert suggests that the Remainers of 2016 have now found a new outlet for their hostility to national identity: the ‘decolonisation’ movement.

What’s happening to trade between the UK and Ireland? By Harry Western

The UK’s exit from the EU single market and customs union has had a major impact on trade flows between Great Britain, Northern Ireland, and the Republic of Ireland. But statistical distortions and measurement problems mean that the emerging data on trade flows need to be treated with great caution. In particular, claims that cross-border trade in Ireland is soaring and that GB exports to the Republic have collapsed are questionable. Meanwhile, we can only guess at developments in trade between GB and Northern Ireland due to a complete lack of useful data.

“Some observers are keen to jump on the data we have to make grand pronouncements about the rise of the ‘all-Ireland economy’ or Ireland ‘weaning itself off’ imports from the UK. But the available information doesn’t support such conclusions.”

The steps HMG needs to take on the Irish Protocol, by Graham Gudgin

In this presentation to the Northern Ireland Assembly Finance Committee on June 23rd, Graham Gudgin argued that the NI Protocol was signed at a time of intense political disarray and in the spirit of good neighbourliness should now be reformed or replaced to meet each sides strategic aims in the least disruptive, practical and proportionate manner.

You can read Graham’s full written evidence on our Reports page.

“Unionists have been strongly criticised for not realising that their support for Brexit implied a border in the Irish Sea, but this was not a necessary consequence of Brexit.”

Mad Cows in the Offing?

Readers may have seen that there are prospects of an extension of the grace period for meat products moving into Northern Ireland from the rest of the UK.  One of the EU’s principal arguments throughout negotiations period has been that the border problems could be avoided if the UK signs up to follow SPS standards.  This proposal has found support in the UK from farmers’ unions and pro-European writers generally, who suggest that Europe’s high farming standards are entirely compatible with those of the UK.

Recent news, however, gives the lie to such arguments.  EU regulators have decided to lift their ban on the use of processed animal protein feed in livestock farming.  These types of feed were directly responsible for the outbreak of Bovine Spongiform Encephalopathy (Mad Cow Disease) in the UK in the 1980s and 1990s, which killed 177 people and led to 4.4 million cattle being slaughtered.  Though BSE struck other countries’ livestock farming British agriculture was badly affected – the US’s ban on British beef imports was only lifted last year.

As we’ve argued before, this is only the tip of the iceberg when it comes to dubious European safety standards.  Meat from European sources often contains more pathogens than its US equivalents, while the animals that provide it are reared in restrictive conditions and (for many years) using dangerous amounts of antibiotics.  Scare stories about ‘chlorinated chicken’ are good headlines but poor science.

These stories matter because they form part of efforts to prevent the UK making trade deals with non-EU countries, which tend to require some measure of agricultural liberalisation.  Yet such deals are precisely what Britain needs to realise the benefits of Brexit, increasing economic growth, accessing the global markets of the future, and reducing its dependence on an overbearing Brussels.