This week saw all major media outlets suddenly transform into Good Housekeeping magazine, as the country got sucked into prolonged debate over Boris Johnson’s soft furnishings. Exactly how damaging the latest sleaze allegations turn out to be remains to be seen. In the meantime, we are more worried about how the government is wallpapering over the cracks in the Withdrawal Agreement than the wallpaper choices in Downing Street. 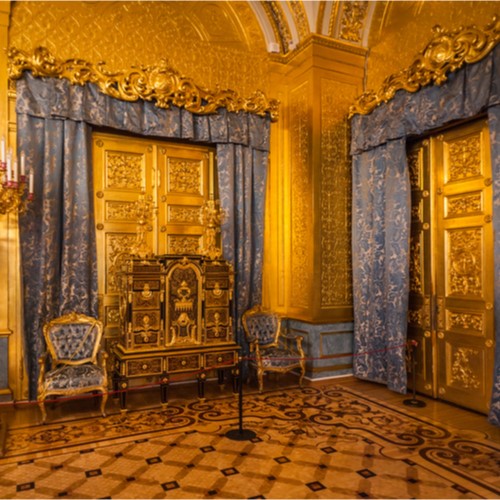 Meanwhile in the Lords, Lord Frost has said that limited progress had been made in the talks with the EU on the Irish Protocol. Some 20 areas of unresolved difficulties remain and the UK’s aim is to obtain practical and proportionate customs arrangements. Now that the EU has ratified the Trade and Cooperation Agreement, we hope that he is a stronger position to obtain an outcome which will be acceptable in Northern Ireland.

In other positive news, the Covid Recovery Commission, led by Tesco chairman John Allan, has announced its hopes that the government will make the most of its newfound Brexit freedoms by reducing reliance on foreign supply chains. This is an eminently sensible suggestion, and it is good to see businessmen recognising Brexit for the opportunity it is.

In classic British style, this was a Bank Holiday weekend marred by rain for many across the UK. By the next May Bank Holiday, however, this will matter a lot less: we have nearly made it to May 17, when indoor gatherings with friends and family will be legal once again. Thanks to an outstanding vaccination campaign, Britain has a chance to make a head start on its Covid recovery. It is vital that the government seizes this opportunity to finally get on life again. Finally, Britain can flourish, unencumbered by Covid or the EU. 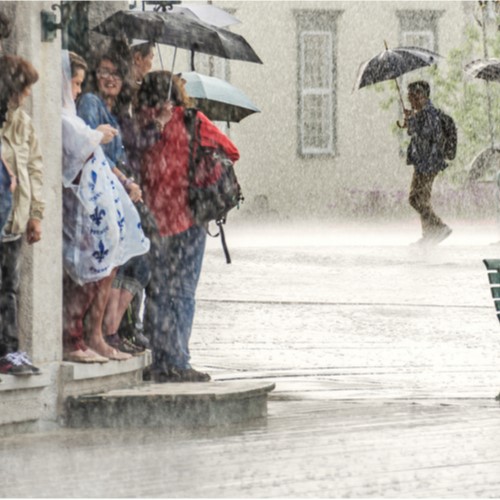 This week BfB contributor Harry Western’s excellent article ‘Brexiteers beware yet again – ‘BRINO’ is back’ has received coverage in the Sunday Express. You can read the full Express story here.

Meanwhile, BfB co-editor Graham Gudgin has written a piece for The Belfast Newsletter which takes the BBC to task for commissioning and reporting poll results on Irish Unity from a poll which always gives extreme results.

Graham has also written an article on the Queen’s University Politics Outreach website explaining in detail how living standards show that living standards in Northern Ireland are ahead of those in the Republic of Ireland when correctly measured.

Our other co-editor Robert Tombs’s new book on Brexit, ‘This Sovereign Isle’ has been very favorably reviewed by journalist and editor Oliver Wiseman in the City Journal and by the historian and journalist Andrew Roberts in The Telegraph.

Brexiteers beware yet again – ‘BRINO’ is back, by Harry Western

Brexit in name only, or ‘BRINO’ is back. Four months after leaving the EU customs union and single market, the UK has failed to signal a decisive divergence from the EU economic model. Significant new trade deals with third countries remain stuck thanks to protectionist agricultural interests, and regulatory changes have been minimal. Worst of all, the government is being sucked towards dynamic alignment with EU agricultural rules thanks to the problems being caused by the Northern Ireland Protocol. This threatens to derail Britain’s global ambitions entirely and leave it an economic satellite of the EU.

“Overall, it is clear that the UK’s ‘Global Britain’ rhetoric is not being matched by real action. The government is proving unwilling to make bold strokes on trade or regulation and is drifting towards expedients in the SPS [sanitary and phytosanitary] area that would undermine the whole purpose of Brexit.”

A trade negotiation or a scene from WWF Wrestling? By Catherine McBride

A trade deal between Australia and the UK should be the easiest negotiation in the world. One imports what the other exports. A trade deal would allow UK consumers to finally escape the EU’s protectionist grip. But there would be a much greater political benefit from a deal. It would decisively signal a shift away from BRINO and send a clear message to the EU and to China: that the UK and Australia will not be bullied. There are alternative suppliers and alternative markets for their products.

“It is hard to think of two countries that have more to gain from a free trade agreement.”

News reports on the UK-Australia trade negotiations sometimes suggest that British farming is at dire risk of being overrun by cheap, high quality Australian produce were the market to be liberalised.  For one thing, it is prima facie difficult to justify depriving British consumers of savings and benefits that Australian goods would bring – especially to the poorest, who spend the largest proportion of their income on food.

For another, as Catherine McBride has argued for website, the UK and Australia are ideally suited for free trade, as each supplies what the other lacks.  Australia’s climate (Mediterranean) and growing season (southern hemisphere) complement the UK’s conditions, giving UK farmers the opportunity to specialise in more rain-intensive, cold-preferring products and to export to Australia after the end of the latter’s growing season.

Indeed, Australian producers grow in similar conditions to Common Agricultural Policy-subsidised southern EU producers.  Import substitution, rather than the expansion of the share of imports per se, will thus be the most significant effect of the deal.  UK farmers competed successfully with Australian producers in the past, and the UK food market is now substantially larger, giving British farmers plenty of opportunities to diversify.

Finally, a deal will reduce the UK’s dependence on the EU.  EU producers are already bracing for the imposition of customs checks – whose EU incarnation has hurt British agricultural exporters to Europe.  Moreover, a deal will finally rule out SPS alignment with the EU.  This in turn will end the organisation’s incentive to make the Protocol unworkable in the hopes of permanently capturing Britain’s food market for itself.

Not Giving Up on the Union

Though we don’t normally address opinion pieces in this blog, a recent article by Philip Stevens in the Financial Times presents a good opportunity for clarification of a wider misconception.  Stevens suggests that by turning to northern England, Johnson’s Tories are somehow excluding Scots in a dangerous contempt for the Union.

Such a perspective betrays a fundamental ignorance of the similarity between northern English and Scottish interests.  Both, broadly, have an interest in promoting more interventionist, redistributive government attuned to the needs of industry and the working class.  A turn to the northern UK generally, albeit one that must be reflected by real policy commitments, is precisely what is needed to break the allure of independence for Scottish voters.

Likewise, the EU’s stringent treatment of its smaller member states and contempt for regional nationalism like that of Catalonia should be continually highlighted – as, indeed, its supporters worry.  The EU requires new members to join the Euro, and strictly polices their budget deficits.  This would impose more external control, and lead to more austerity, than ever imposed by ‘Westminster’.