As befits a Halloween newsletter, this week’s Brexit stories have got some Remainers spooked.  France has stepped up threats to illegally disrupt UK trade and blockade Jersey’s electricity supplies – to ‘show European public opinion that…

As befits a Halloween newsletter, this week’s Brexit stories have got some Remainers spooked.  France has stepped up threats to illegally disrupt UK trade and blockade Jersey’s electricity supplies – to ‘show European public opinion that… it causes more damage to leave the EU than to stay in’ in the words of a leaked letter from Jean Castex, the French Prime Minister, to Ursula Von Der Leyen. 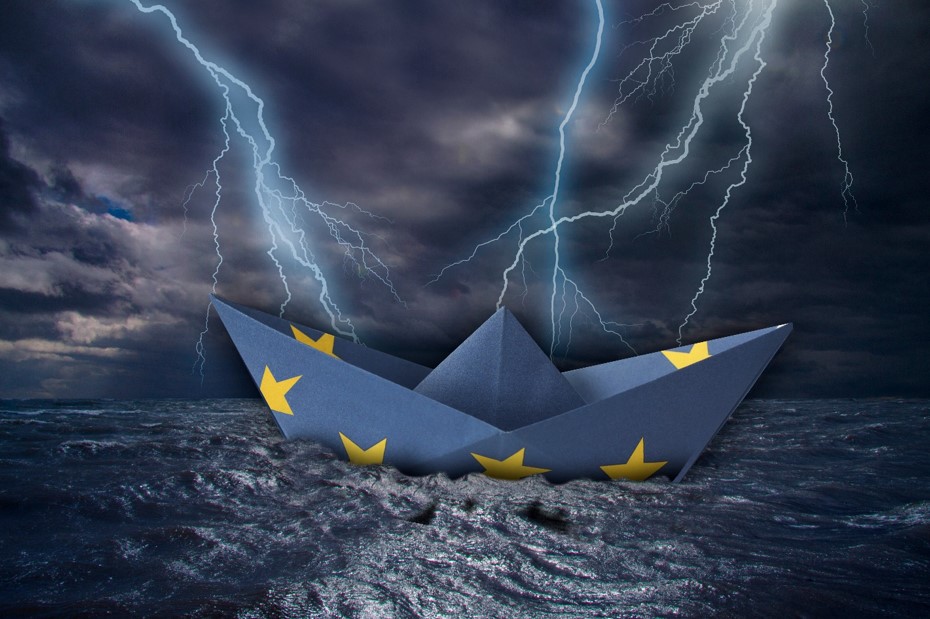 Pictured: the ghostly trawlers that France wants licenses for

As David Frost pointed out, such obvious and motivating bad faith is a breach of treaty obligations.  It seems obvious from the context that France’s real aim is to try and use the fishing dispute to frustrate the Protocol talks, as Caroline Bell argues this week for Briefings – and to try and create shortages in Britain to boot.  The UK is preparing to divert more traffic via friendly Belgian ports, however, although it’s clear that more should have been done earlier on this front given that French hostility has been obvious for some time.

The fact that the letter was sent shows the weakness of France’s position – it’s clear that many, even in Brussels, don’t share Macron’s hardline position on punishing Britain.  France has found little support for its outbursts from the EU more widely, hence this rather plaintive communication. 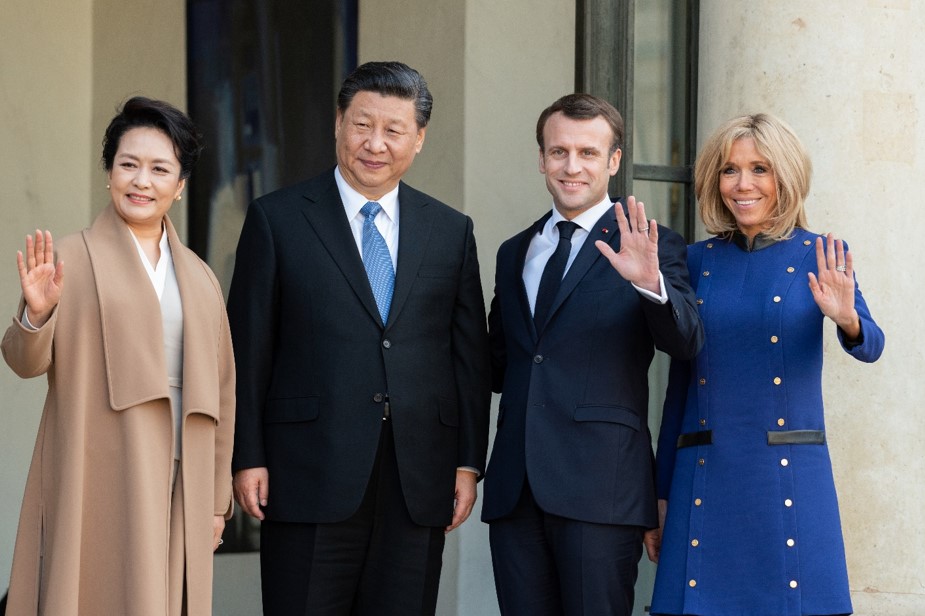 Maybe Macron should find some new friends to ask for help

Meanwhile, negotiations continue over the Frankenstein’s Monster that is the Northern Irish Protocol, though with seemingly little movement on either side.  It’s rumoured that, if UK triggers Article 16, the EU may argue that it should be compensated for the trade it loses that was (against the treaty) diverted to the Republic.  If so, it’s very understandable why the EU is pressing so hard to keep the ECJ involved – no other court would ever accept such bizarre logic.

Almost as much of a patchwork as UK-NI freight arrangements…

It’s worth noting, too, that polls that claim that most voters want to keep the Northern Irish Protocol rely on partisan polling by Queen’s University Belfast that display a frankly monstrous disregard for statistical method.

Three more stories.  Firstly, as we explore in Key Points this week, Remainers have made much of an Office for Budgetary Responsibility claim that Brexit will knock 4% off long-term growth.  These are old Treasury numbers debunked in several BfB articles. The OBR’s figures for the impact of Brexit on trade are taken from the Centre for European Studies, but in an ongoing pandemic it is much too early to draw conclusions about Brexit.

Secondly, the COP-26 Climate Summit is getting underway this week.  While international co-operation is welcome, domestically there’s a need to be on guard against the excesses of green policy represented most obviously by Insulate Britain.  Zero-carbon measures, if implemented too zealously and unilaterally, will end up crippling the UK’s economy with little effect on the rest of the world.

Thirdly, the government has published its freeports legislation, with Teeside, Humber and Thames ports all set to benefit from this Brexit regulatory dividend.

What will happen if we do nothing but vaccinate?, by Dr Cam Bowie

Former Director of Public Health for Somerset, Cam Bowie, argues that the UK population is being used as a guinea-pig to test the impact of vaccinations alone in containing the Covid virus. Using a model he trusts he shows that introducing an effective track and trace system alongside vaccinations could greatly reduce the incidence of covid and hence also hospital admissions and cases of long-Covid.

‘If no further restrictions are imposed without an adequate Test & Trace system there are likely to be a further 21 million cases of Covid-19 in the next twelve months.  With a modest improvement in the Test & Trace system new cases would be limited to under two million.’

Tracking developments in British-Irish trade continues to be difficult due to re-routing of trade flows caused by the Northern Ireland Protocol and statistical distortions. A careful sifting of the evidence nevertheless suggests that the growth in cross-border trade in Ireland suggested by Irish statistic – particularly Northern Ireland sales to the Republic – is exaggerated. Overall UK sales to the Republic are also likely to be stronger than Irish data suggest. Hard information on GB to Northern Ireland flows remains minimal, but anecdotal evidence points to significant disruption.

‘Should full border processes be brought in for these goods, the economic (and potentially human) costs to NI would rise sharply… grocery prices in the Irish Republic are typically around 20% higher than in NI. A price rise on this scale would be a major blow to NI living standards.’

France and licences – a cock and bulldog story, by Caroline Bell

French threats against the UK over a small number of fishing licences have now reached the stage of hostile action. Go-slows on all goods movements at Channel ports and an outright ban on the import of British seafood into France have been announced for 2 November. But there are murkier depths to this fishy tale, which goes far beyond sourcing ingredients for lobster Thermidor.

‘There is clearly a question of fraudulent fishing and opportunistic licence applications by French boats, and so it’s worth considering that Macron hopes to squeeze more cash (and fishing quota) out of Brussels to support French fishing communities by disrupting EU trade with the UK.’

A tale of two (dis)agreements – the Northern Ireland Protocol and the AstraZeneca vaccine, by David Blake

‘Having found itself with a contract it did not like (or understand), the EU tried to change it, first by bullying AZ and then taking it to court. The Belgian court exonerated AstraZeneca and no fines were paid.’

Several news outlets have been carrying the Office for Budget Responsibility’s claim that Brexit will have a worse effect on the economy than COVID.  For the OBR’s report, see the linked pdf.  From the outset, it’s worth noting that the quoted figure of a 4% Brexit impact on long-term growth is not new or original. It comes from the Treasury five years ago and was heavily criticised by BfB years ago.

We’ve carried rebuttals of claims like this many times before – particularly in our Report from last year. This time, we’ll look in detail at the Report itself, and suggest a few places where the analysis relies on unsafe assumptions.

Firstly, it’s worth noting that the report stresses the negative impact that a fall in exports has on UK trade (pp. 58-60).  But the report admits that it doesn’t incorporate the very latest trade data, which revised up the estimates for Quarter 2 of 2021.  Moreover, it doesn’t give enough attention to the fact that EU exports have been performing better than non-EU ones – which makes no sense if trade barriers to the EU are supposed to be the cause of difficulties.

In response to this, Remainers might argue that the disruption caused by Brexit to British supply chains could have related to lowered exports.  But again, there is a difficulty in explaining why EU exports should not fall more than non-EU ones in this scenario.  More generally, though the OBR mentions shortages of hauliers as a Brexit factor (p. 47), we’ve demonstrated before that the shortages of hauliers come from a cocktail of local factors, in which reduced EU labour supply is a minor element.

Nor can one argue that British businesses are particularly prone to reshoring their suppliers due to Brexit.  As the OBR’s report itself acknowledges on p. 40, ‘a survey of 353 companies across 77 countries found that, post-pandemic, two thirds of businesses were planning to source more locally and 20 per cent planned to hold more inventories.’

Secondly, we note that the OBR makes reference to the estimates derived from a report from the Centre for European Reform published in May 2021 (p. 59).  But this methodology, as Graham Gudgin argued in 2018, is highly speculative.  It tries to mock up a model UK based on the weighted performance of a selection of countries, and is highly influenced by which you choose and how they’re weighted.

Ultimately, the OBR falls back on its November 2016 predictions, trying to argue that trends since then back up its predictions.  But one glance at the graph on p. 59 makes clear that there’s been massive volatility – and that the trend line hardly follows the path of the predictions with any significant fidelity.

Finally, to end on some good news.  While the UK economy suffered particularly from the effects of the pandemic, Britain is also on course to see a substantially stronger recovery than the Eurozone in 2021.  Needless to say, Remainers have ignored this particular international comparison.