Another week, another Brexit crisis. This week the Daily Telegraph revealed that the EU have rejected outright the UK’s two proposals for a frictionless Irish border.

Another week, another Brexit crisis. This week the Daily Telegraph revealed that the EU have rejected outright the UK’s two proposals for a frictionless Irish border. https://www.telegraph.co.uk/politics/2018/04/19/exclusive-eu-rejects-theresa-mays-brexit-irish-border-solution.  Donald Tusk said there would no progress towards an implementation period, nor trade talks, until the Irish border issue was settled to the EU’s satisfaction. It has been clear for some time that the EU have chosen the Irish border as their weapon of choice for forcing the UK to remain within the EU customs union. Their fear is a free-wheeling and competitive UK economy close to their borders. To coin a phrase, the EU wishes to ‘maintain control’.

This rejection of UK proposals appeared to precipitate the expected crisis in the UK:EU negotiations but No.10 played down the crisis and said that the UK approach to the Irish border remains on the table. Meanwhile, David Davis is said to be making progress within cabinet on releasing a 40 page proposal for the UK future within the EU. The aim is for the UK to take the initiative and to avoid always having to react to EU proposals and rejections.

Theresa May has preferred a softly, softly, approach with no obvious bottom line, but  will now need to harden her approach in the face of EU intransigence. Australians with long experience of trade talks with the EU tell us that only the last few weeks of negotiations really matter, and if so the current hard talk might be regarded as posturing.   We wrote at length about the Border issue last week and will return to it if, as expected it continues to be the Brexit flash point (https://briefingsforbritain.co.uk/where-are-we-on-the-irish-border).

Robert Tombs is now back from a lecture tour in Australia, and appeared on The World Tonight (BBC Radio 4) on Wednesday talking about post-Brexit relations with the Commonwealth. 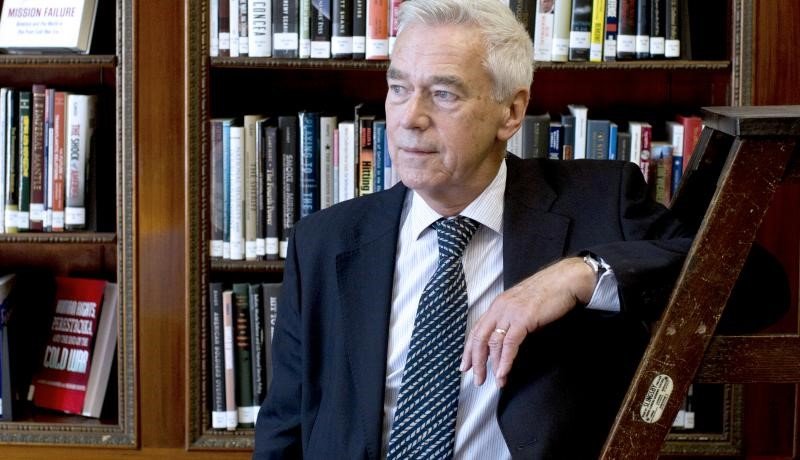 Graham was quoted in the Daily Express here: https://www.express.co.uk/news/uk/947780/Brexit-news-UK-EU-Jean-Claude-Juncker-European-Union-Michel-Barnier

SKY news asked for a TV interview on the Irish Border issue but was unable to record it outside central London which Graham was unable to do. The media remains overly London-centric.

If you haven’t caught up with this week’s new content on www.briefingsforBexit then please do. We provide below a summary of it.

The Caricature of Authoritarian Brexiteers and Liberal Remainers: By Jonathan Rutherford. https://briefingsforbritain.co.uk/the-caricature-of-authoritarian-brexiteers-and-liberal-remainers/

“The negative framing of Leave voters exaggerates the difference between Leave and Remain voters in the country. It also reproduces the long-standing class condescension of the liberal intelligentsia. Claiming it to be science doesn’t alter the fact. Focusing on Leave voters has allowed the liberal intelligentsia to avoid addressing the ways in which its own interests, its increasing global mobility, support for high levels of immigration, and tendency to self-exemption from the ties of nation and place, have contributed to the growth of populism, and the vote to leave the EU.

In an afterword the Cambridge researchers rightly call on the need to build bridges between communities by further understanding the psychological processes behind social attitudes. But academic and political analysts might begin by turning the spotlight on their own methodologies and cultural presumptions.”

Where the EU and Ourselves Went Wrong by Sir Peter Marshal. https://briefingsforbritain.co.uk/where-the-eu-and-ourselves-went-wrong/

Sir Peter Marshall uses his vast diplomatic experience to reflect on where the European project went wrong and whether Britain ever really fitted in. He writes:

At the outset, in the days of the European Economic Community,  “l’esprit communautaire” had  a specific significance:  it expressed the community spirit. It was the complement of, and to some extent s check upon,  l’acquis communautaire,  the accumulation of EEC treaties,  laws,  precedents and powers.

L’esprit communutaire has all but vanished, for a number of reasons including:

–  the burgeoning of the EEC, created in 1957 by the Treaty of Rome,  which  put the emphasis on the acquis;

–  the replacement of the Fourth Republic in France by the Fifth Republic.  under de Gaulle.  Gaullisme could scarcely be described as Atlanticist, positive-sum or UN-minded;

–  the adoption by EU Heads of State and Government at Stuttgart in 1983 of the “Solemn Declaration on European Union, which added the words “and Member States of the Community” after “peoples” in the formula “an ever closer union among the peoples”.

– the raft of treaties initiated or adopted in the Delors era, which greatly increased the size of l’acquis.

– the transformation of the Convention on the Future of Europe from what was supposed to be a stock-taking exercise, ordained by the Declarations of Nice and Laeken,of 2000 and 2001 respectively,  into a means of drawing up an EU Constitution.

So what went wrong?  British half-heartedness,

The British enjoy a deservedly high reputation for their positive and constructive role in the work of major international organisations in general.  Our participation in the EEC/EC/EU is the sorry exception to this happy state of affairs.  We have, in the view of one seasoned British chronicler,  been grumpy outsiders.

Ministers of whatever political stripe seemed as unwilling to explain the benefits of membership at home as they were to take a constructive part in the management of affairs in Brussels.  We were market-takers instead of market-makers.  We embraced a passive and deferential “Anglo-Brussels Orthodoxy”:  of which the central message was that in the end we have to do what Brussels says.

“We need to rekindle l’esprit communautaire, on both sides of the Channel.  It is at the core of the Prime Minister’s proposal, in her Florence speech, for “a new era of co-operation and partnership”.

This week’s report by Jonathan Portes on the Global Futures website, publicised in the Guardian, rehashed discredited alarmist forecasts of the economic effects of Brexit.  The fons et origo of these forecasts was the Treasury report reviving ‘Operation Fear’ with a new but secretive analytic approach. This was already deconstructed in detail on our website (see “The Economic Impact of Brexit” and “Recent Estimates of the Economic Importance of Brexit”).  Here is a remarkable case of government policy being repeatedly undermined by inaccurate and/or uncheckable data originating from its own officials, and publicly described as ‘government studies’, ‘official assessments’ etc. Jonathan Portes, a former civil servant and now an academic at Kings College London, is a well known opponent of Brexit (as are most academic economists). His repackaging of the Treasury predictions was done with limited knowledge of how they were produced and absolutely no critical comment.

The article concludes that: ‘Once again, we have a press report of a study which on a superficial reading appears to show new evidence that Brexit will be very costly. Moreover, most people [in a commissioned opinion poll] found the costs presented to be higher than they had expected and preferred the cheapest options. The fact that these are actually Treasury estimates, already published last January, was not made clear. Nor is the fact that no-one outside the deepest recesses of the Treasury can have any real idea of how the estimates were produced. Given the Treasury’s track record there really is no reason why the public should be asked to take such predictions on trust’.

We have also been busy on Twitter https://twitter.com/briefing4brexit retweeting the daily events that bring Brexit to the fore in the National News.

Through twitter we have been sending out and supporting the content of other Brexit groups including @BrexitCentral and @Econs4FreeTrade. Both sent out our Irish Boarders blog: https://brexitcentral.com/dublin-needs-take-constructive-approach-irish-border/

We have enjoyed your engagement with us on Facebook.

We want you to share links to our quality content so that others can understand how Brexiting the EU can be good for the UK economy and for our own democratic governance. By sharing our content and articles we hope that we can increase public understanding of the real impact of Brexit on the UK.

We aim to educate our critics to think differently and more positively about the long term impact of Brexit.