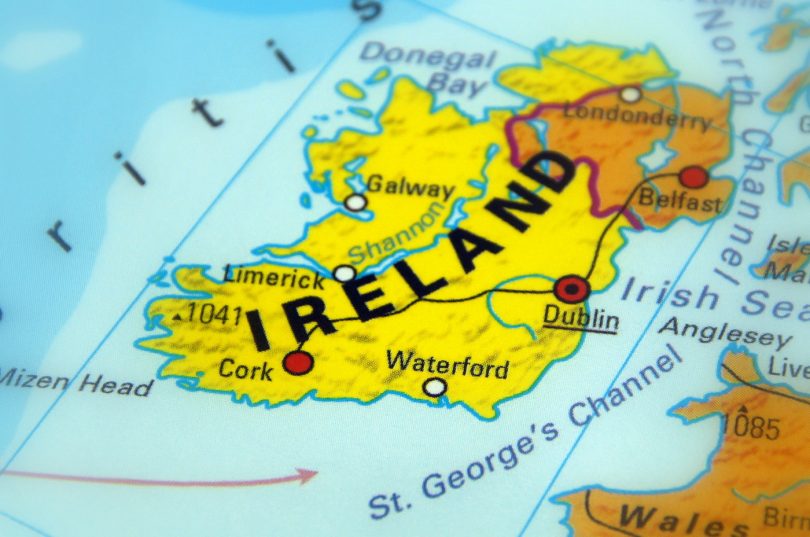 Brexit and Covid have increased the flow of articles arguing that it is inevitable that Northern Ireland will become part of a united Ireland. This article shows that these predictions are wrong and self-serving.

One of the burdens that Ulster Unionists have to bear is the constant pressure to remove their UK citizenship and transfer them and their homeland into a united Ireland even as we approach the centenary of Northern Ireland’s existence in 2021. Commentators in Great Britain and the wider world greatly underestimate the damage wrought by this constant political harassment. People under pressure often over-react to events and this was the case during the early days of the civil rights movement in the 1960’s. The loyalists may not have been completely wrong to interpret civil rights as a front for Irish unity, but a more restrained reaction would have been more constructive. Their lack of trust in their own UK government, with its provocative assertions of ‘no selfish strategic or economic interest in Northern Ireland’ hardly helped. Unionists are painfully aware of the imbalance between the support of the Irish Government for the nationalist cause and the studied impartiality of their own national government.

The need for restraint in inflaming a volatile situation is understood by moderate nationalists in Northern Ireland but not always by their supporters in GB. The outright support for Irish Unity under Neil Kinnock’s Labour spokesman Kevin McNamara soured relations, and his sacking by Tony Blair set the scene for what eventually become the Good Friday Agreement. McNamara’s slogan of ‘unity by consent’ would win any competition for encompassing a contradiction in the fewest words possible.

It has been easy for Irish nationalists to depict Northern Ireland’s unionist population as colonists even though their forebears have been in Northern Ireland for as long as Europeans in North America and much longer than Europeans in Australia or New Zealand. The idea that the borders of Northern Ireland were artificially drawn to entrench protestant dominance are nonsensical and ignore the South’s rejection of the 1926 boundary commission but the idea is rarely contested.

British public opinion has always preferred to view the conflict in religious terms rather than as the clash of national identities that it really is. Although nationalism is normally viewed negatively by liberals, Irish nationalism has usually received what the unionist writer Professor Jack Wilson Foster refers to as a ‘chit from matron’. Nationalists aspirations are territorial. In what is sometimes referred to as the map image problem, they see Northern Ireland as a bite out of their rightful inheritance of the whole island. As a result, nationalists always vigorously resist any discussion of a repartition. For them, it is all or nothing, sharing the island on any basis is out.

Support for Irish Unity among the British left remains an irritant, with continual articles such as those by Una Mullally in the Guardian. Most recently, University College London’s ‘working group on unification referendums on the island of Ireland’ began work on asking residents of Northern Ireland how a border poll on Irish unification should be designed and conducted. No-one apparently questions why on earth an English university should be conducting such a provocative exercise. Unionists merely shrug. They are used to it.

Interest in Irish unification has been spurred by the growing success of Sinn Fein at the expense of the moderate nationalist SDLP. After three decades of attempting to bomb the British out of Northern Ireland and subsequent reliance on larger Catholic families to generate an electoral majority, Sinn Fein have a strong position in the NI Assembly and are pressing for power in Dublin. They are now content to use politics rather than violence or demographic threats. In this, they have been able to use both the Brexit referendum and the Covid pandemic to pursue their case that British rule in Northern Ireland is illegitimate, although in both cases their push has become nuanced.

On Brexit, the argument that a 56% local support for remaining in the EU implied support for Irish Unity backfired when the remain-supporting protestant middle class took fright and the DUP received their largest ever vote in the 2017 general election. The impact of Brexit on Irish unity remains unclear. Two sets of opinion polls generate contrasting results. The NI Life and Times Survey, the equivalent to the British Social Attitudes Survey and associated with the International Social Survey Programme, is run from Queens University (QUB) and backed by the UK Economic and Social Research Council. Lengthy face to face interviews designed by NILT are conducted with randomly selected participants by Research Evaluation Services. This annual survey shows support for Irish Unity consistently at around 22% having risen from 16% before the Brexit referendum. Earlier versions of the poll showed that only 7% said they wanted immediate rather than eventual unity.

The more frequent commercial LucidTalk polls are based on a voluntary panel of around 13,000 people from which a balanced sample are invited to participate. A panel of 1,000-2,000 are selected by a data-weighting exercise from among the 3,000 or so respondents for individual polls. LucidTalk consistently show support for Irish Unity running at 40-45%. A similar figure came from a poll in 2018 by Lord Ashcroft. The Ashcroft organisation refused to say who had actually conducted the poll in Northern Ireland. Other polls produce figures of 29% (Liverpool University) and 21% and 32% (Ipsos-Mori). All of these polls show support for remaining in the UK at close to or over 50%. Excluding ‘don’t knows’ support for remaining in the UK is often higher at 70% (LIFT) or 65% (Liverpool).

Sinn Fein’s case that UK approaches on Covid were killing Irish people in contrast to a superior approach in the Republic received little support from the government or medical officials in the South. They quickly backed off, preferring a line of a responsible party backing all measures to combat the virus, although an English academic, the retired Queens University sociology professor Mike Tomlinson, pursued the idea that deaths were lower in the South. In fact, both North and South in Ireland had much lower deaths than GB and the issue has largely disappeared.

With these issues fading and polls not showing any consistent support for Irish Unity and certainly not immediately, nationalists and fellow-travellers have fallen back on demographic trends. Although Catholics, who provide almost all of Northern Ireland’s nationalists, are a growing population, their chances of achieving a majority are much lower than generally claimed. The 2011 Census showed that the percentage of the population who described themselves as Catholic had peaked among those born almost two decades ago and has subsequently slowly declined. Among those who were teenagers in 2011 46% said they were Catholics but among the under-fours in 2011 the figure was lower at 44%. If this falling trend continues there will never be a catholic majority. Since catholic birth-rates are now close to those of protestants it seems likely the trend will indeed continue.

Predictions for the future share of Catholics in the population also depend on migration and here there is major new factor. One in twenty of Northern Ireland’s Catholics are now from Poland, Lithuania, Portugal and the Philippines. The future constitutional preference of these immigrants and their children is hard to predict. The 2011 census also showed that only half of Northern Ireland’s Catholics identify as ‘Irish’ and under half have an Irish passport. The Northern Ireland Life and Times Survey shows that even in 2017/18 the proportion of Catholics who support eventual Irish unity is 41%.

The likelihood is that Northern Ireland may be around to celebrate its second centenary in 2121. Brexit has emboldened nationalists, but a reasonable expectation is that a UK:EU free-trade agreement will mean that few will notice much difference. Unfettered travel across the land border will remain and no customs border will exist within the island or for exports from NI to GB. Nationalists will no doubt claim that a need for customs declarations and occasional checks from GB to NI will weaken the union, but few people will be aware of this. Northern Ireland’s economy will continue to flourish. Dublin economists John Fitzgerald and Henry Morgenroth estimate that living standards in NI are higher than those in the South, partly due to strong financial support from GB for public services. There is little reason why this should change.

Dr Graham Gudgin is honorary Research associate at the Centre for Business Research, Judge Business School, University of Cambridge. He was Special Advisor to the First Minister in Northern Ireland 1998-2002. This version contains some revisions from that originally posted following a communication from Bill White of LucidTalk.