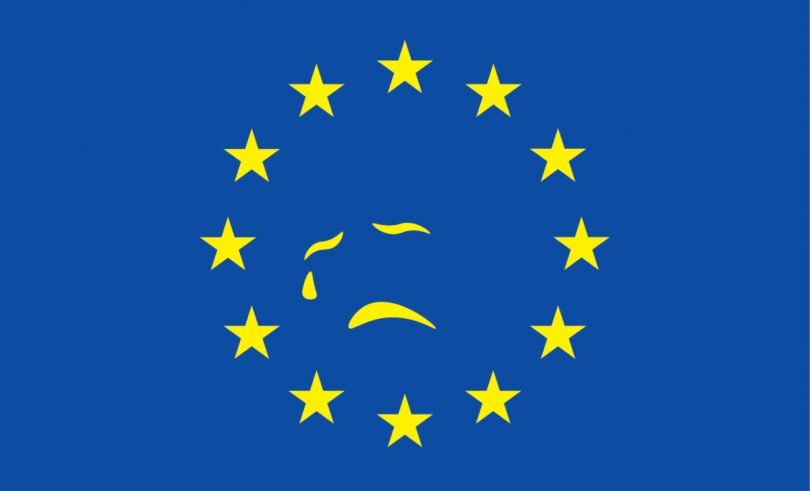 Corporate lawyer Ashok Chattergee is mystified why young people look to the EU as a positive force when in fact it fails to deal well with a whole range of important problems.

I bought my first home a year after leaving university, in 1998.  It was 9 feet wide and overlooked a railway line in a part of the East End which was still a decade away from gentrification. It cost £73k, and with my starting salary of £21k and a loan of £10k from the Bank of Mum & Dad, I got on to the housing ladder.  Those numbers are laughable now – maybe add a zero to each number and they start to feel a bit closer to today’s reality.

This is one of a number of issues on which I – being halfway between Boomer and Millennial – think that people under 35 are right about when they feel that the system is not working for them.  But what mystifies me is why they feel that the EU is a big part of what is right with their world. My take is the opposite: from the housing market to the financial crisis to youth unemployment to immigration to climate change to social media to war in the Middle East, the EU has either exacerbated many of these problems, or failed to adequately respond to them.

The high level of net immigration into the UK of recent years reached well over 300,000 people per year.  Whatever your views on immigration, it’s clear that building homes, schools and hospitals for all these people takes time, requires planning and organisation, to say nothing of funding.  But uncontrolled and unplanned mass migration is exactly that: unplanned for.  I live near Watford and recently met two Romanian care workers who work at the local hospital.  Both mothers, they had left their children behind to be cared for by relatives because they could not afford housing which could accommodate their children. The EU’s laws on free movement have led to the same result as Trump’s wall: parents separated from their children, and families living in squalor. And for our young people?  The result is a generation living at home, delaying the start of their own independent lives, or spending such a huge portion of their earnings on rental costs that they cannot save enough for a deposit to buy somewhere.

Of course, all these enthusiastic and hard-working Europeans did actually come here to work, which is exactly what they have done.  At the same time, this has undoubtedly affected the pay of people in the UK, and most obviously, has led businesses to simply hire more unskilled people (since there appears to be an unlimited supply of them) instead of investing in training to develop the people who are already here.  So my Romanian friends (both graduates) are able to earn wages which buy a more comfortable life for their families in Romania, while investment in training and upskilling people already in the UK has not risen to meet the needs of young people today – even the government’s flagship apprenticeship schemes have not delivered as promised. So, having forked out huge sums to pay for a university education, many young people face the challenge of finding a job commensurate with their education in the context of employers who simply do not need to invest in skills training.

But the challenges faced by young people in the UK are completely dwarfed by the challenges faced by young people in the EU.  In countries that were bailed out by the European Central Bank, youth unemployment varies from a very poor 10% to a staggering 30% in Spain.  This is as a direct result of EU economic policies including the Euro, as well as the ECB’s response to the Global Financial Crisis of 2008, where they turned a banking crisis (very bad) into a sovereign debt crisis (much, much worse).  By staying out of the Eurozone, the UK escaped the worst of it.  But when Spanish PhD’s are serving coffee in London, this cannot be evidence of the EU working well, either for the best and brightest of Spain, or for the ordinary people of the UK.

Even in areas where international cooperation is not just a nice-to-have but absolutely essential, the EU has punched well below its weight.  Most of us agree that the tech giants like Facebook, Google and Amazon, don’t pay nearly enough tax given their massive profits, have had unforeseen consequences on our social fabric from the death of the high street to the pornification of children, and do too little to mitigate the harm their platforms facilitate, from terrorism to fake news.  So where is the EU in all of this?  Taking the fight to the US, as a bloc of equal strength? Taking the leading edge in regulatory overhaul? Breeding better-behaved competitors? Er, no.  Instead, we have the EU allowing a member state to facilitate industry-wide tax avoidance (the charmingly named “Double Irish”). The EU has taken some action against Ireland and is likely to do more in future but has been very slow and less effective than its size suggests is possible. Individual states like France and now the UK are having to step into the breach.

The same fragmented, half-arsed response is deployed against geopolitical problems, such as addressing the aggressions of Russia, or the nuclear ambitions of Iran.  In Iran, it is the P5 + 1 (i.e. the five permanent members of the UN Security Council plus Germany) which is doing the talking; in Russia the Germans are too busy buying their natural gas to give much thought to containing Putin, so the EU subcontracts out its eastern security to the United States and Latvia. Only in relation to climate change, has the EU a better performance record. Even here the EU’s (and UK’s) record in reducing carbon emissions owes much to the fact that much of the steel, cement and other heavy carbon producing goods are imported rather than being manufactured locally. Also, it is hard to see how the southern countries which have severe economic difficulties are doing to afford to meet the ambitious targets achievable by the Scandi north.

The notion of “sovereignty” is something that many Millennials feel is antiquated and/or overblown, and they may be right.  But the analogy here is with the personal freedom we enjoy as individuals.  As individuals, we enjoy the freedom to make changes to our lives when we feel that our current situation could be improved.  We might leave a job to find a better one or leave an unhappy relationship to find a new love, or simply buy a new sofa or have a haircut to give our home or ourselves a bit of a makeover.  When we make these changes, there is no guarantee our new choice will be massively better than the old choice, but we have the freedom to try different things when we feel that the old ways are no longer working for us.

After many years of doing things the EU way, and after unsuccessfully trying to persuade the EU to make changes, in 2016 we voted to leave the EU.  Not because we think the EU is completely rubbish and has no merit, but because we think we can do things a better way, and do things in a way which address the priorities of the people who are already in the UK, no matter where they originally came from.  It might have been voted for in greater numbers by the old, but it is absolutely in the interests of the young, and it is the young who will feel the earliest and greatest benefits of a freedom they don’t seem to rate.