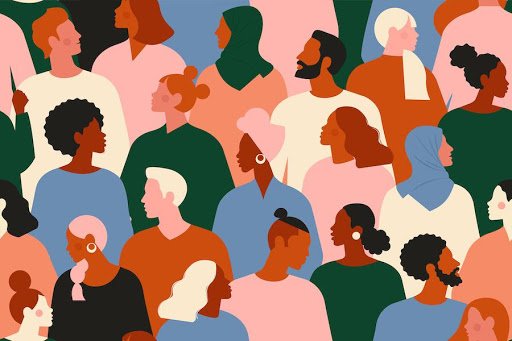 The religion of Humanity wishes to blur out difference by making signs of national identity a modern taboo. But human individuals need many roots, including the national. When intellectuals partake in uprooting, and in vilifying a country just because they happen to belong to it, they corrode the bonds of community, which newcomers need too.

Some ideas seem so thickly interwoven that one could hardly conceive a Brexiteer taking the knee for Black Lives Matter, cheering Joe Biden’s victory, or welcoming draconian anti-COVID restrictions; and it goes both ways. The correlation between these ideas is not fortuitous. On the one hand we find mobility, universalism, uprootedness; on the other we find a strong sense of belonging, through deep geographical, social, and cultural roots. The former would argue in favour of a general understanding of unwoven “humanity”, regardless of space and time, while the latter understands every individual as a unique occurrence of bonds and ties which, once severed, create a gap that jeopardises the consistency of the entire fabric. The relative silence in Britain about the murder of Samuel Paty and the terrorist attacks in Nice shows that the most vocal partisan of universalism is rather uncomfortable with facts that prove universalism wrong.

The modern heirs of Jean-Jacques Rousseau’s cult of a rootless and pristine humanity have often had this difficulty of reconciling theory with observable reality, and this is clearly to be seen among those French thinkers who have so profoundly influenced modern Western thought. They were among the fiercest defenders of the Ayatollah Khomeini during his exile in France. Michel Foucault, Jean-Paul Sartre and Simone de Beauvoir gladly rallied behind the banner of the budding Islamic Republic of Iran simply because it was about to uproot the country from its monarchic, Persian lineage. Sartre was fascinated by Ali Shariati, who (albeit soon rejected by the Mullahs) led the Socialist Worshippers of Allah between the 1960s and 70s. In 1978, Michel Foucault wrote of the Iranian Revolution in La Folie de l’Iran: “It is a movement to free oneself simultaneously from external domination and from internal politics. […] It is not, strictly speaking, a revolution, a way to stand up straight. It is the insurrection of bare-handed men, who want to lift the formidable burden that weighs upon each of us, but most particularly on them, petrol-harvesters, peasants at the borders of empires: the weight of the entire world.” This should settle the mind of anyone who might question the existence of a French “Islamo-leftism”. In 1979, Simone de Beauvoir wrote, rather naively, about the potential dangers of an Islamic revolution for Iranian women, deploring the fact that most revolutions happened at the expense of the deuxième sexe: “May this revolution be an exception, may the voice of this half of the human race, women, be heard. The new regime will be nothing but a tyranny if it does not take their desires into account and respect their rights.” That is all very well, but what did she expect of a fundamentalist application of the Sharia?  Never mind; Iran is far away and one could always enjoy the terrasses of the Boulevard Saint-Germain.

The religion of Humanity wishes to blur out difference by making signs of national identity a modern taboo, and it glorifies revolution (preferably of Marxist obedience) for its own sake; but it can only do so from the comfortable posture of the intellectual. The modern gushing about the richness and beauty of anything foreign, diverse, and, ideally, dark-skinned is also bourgeois. This enthusiasm for cultural diversity and exoticism comes from the safe space of our allegedly inclusive universities who are happy to applaud anything that would not make them look “pale, male, and stale”, and it is defended by people who would by no means live elsewhere than in the Western world they disapprove of so much — Exhibit A: Zeinab Badawi’s History of Africa that bashes Western colonizers but says nothing of tribal wars, of how slaves were often sold by other native Africans, and that Muslim invaders valued their white slaves more than the black ones. When the woke apply the same sort of naive essentialization as Rousseau, they overlook the fact that this enthusiasm for an allegedly good original state is intrinsically western-centred. Its main purpose was not to establish equality between white and non-white, but to challenge the Church’s spiritual authority by negating the dogma of Original Sin, to lay hands on its belongings, and to enforce the bourgeoisie’s control over the political sphere once it had conquered financial authority — until time came to overthrow the bourgeoisie too.

Maybe the response can be found in what French thought itself opposed to universalism. Joseph de Maistre, probably the most cosmopolitan spirit of his time and yet a staunch Savoyard nationalist, wrote: “There is no such thing as ‘man’ in the world. I have seen in my life Frenchmen, Italians, Russians; I also know, thanks to Montesquieu, that one may be Persian; but as for man, I declare I have never met him in my life; if he exists it is quite unbeknownst to me” (Considérations sur la France, 1793). Rooting is far from being solely defended by right-right-wing reactionaries such as Maistre and Maurice Barrès, but finds its most moving voices in the intellectual left that has been disappointed by the Marxist project. Albert Camus stood against Sartre, defending the idea of revolt as an individual response to the human condition, diametrically opposed to a Marxist collective revolution that would undermine the uniqueness of each being; and La Peste (1947) can be read as praise of tenderness and bonding between individuals rather than anonymous collective strife. His friend, the Catholic-Socialist writer Simone Weil, wrote: “A being has a root through its real, active and natural participation to the existence of a collectivity that keeps alive some treasures of the past and some foreseeing about the future. A natural participation, that is automatically induced by location, birth, profession, connexions. Each human being needs to have many roots. One needs to receive the quasi-totality of one’s moral, intellectual, and spiritual life, through the mediation of the environment one naturally partakes in.” (L’Enracinement – Prélude à une déclaration des devoir envers l’être humain, 1949)

I, an Oxonised adoptive French woman with roots in England, France, and Morocco, can barely sing the Moroccan national anthem but would never dream not to stand for it, just as I would never dream not to stand for La Marseillaise, which I can sing; or for God Save the Queen, which I enjoy singing as much as Rule Britannia. Far from preventing the creation of new, deep links, to be rooted allows one to engage thoroughly, and respectfully, with the culture and history of the places one lives in. When intellectuals partake in uprooting, and in vilifying a country just because they happen to belong to it, not only do they corrode the existing bonds in each community, but they remove the very elements newcomers need to settle in, to belong, and to be at peace with whoever surrounds them.

Marie Kawthar Daouda is a specialist in French literature, and a Lecturer at Oriel College, Oxford.