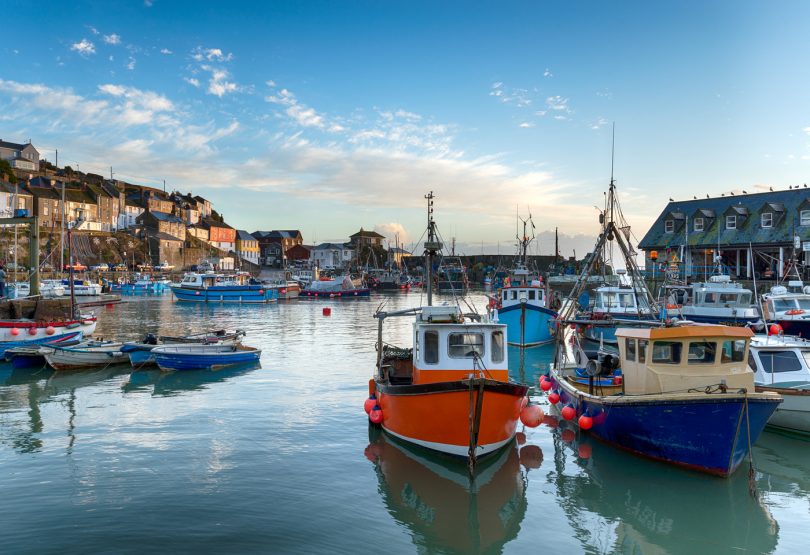 Fishing is proving to be the final sticking point in the UK-EU negotiations, yet the issues at stake remain poorly understood. Briefings for Britain is therefore publishing a new report that summarises and explains the key issues, including why it is intimately bound up with matters of sovereignty, and why the fishing industry has more to gain from no-deal than a bad deal.

As expected, fishing has proven to be the final sticking point in a deal on the future relationship between the UK and the EU. This is perhaps unsurprising. Fishing is unique in that it only represents a tiny proportion of economic activity both in the UK and on the Continent (albeit of vital importance to those communities that depend on it), but is intimately bound up with matters of sovereignty and righting perceived historical wrongs. Small wonder it has proved so controversial.

In our view, judging from media reports on the subject, the fishing issue remains poorly understood. That is why Briefings for Britain is publishing a new report on the subject, summarising and explaining the key elements of this multi-faceted and highly controversial issue. With a deal expected to be announced very soon, we hope that this report will provide a guide to the issues at stake, with clear criteria against which the fisheries aspect of the deal can be assessed.

The report is divided into two main parts. Part 1, ‘The Politics of Fishing’, explains why the fishing issue has been so controversial ever since the UK joined the EU in 1973, with expectations for a Conservative prime minister to right a perceived historic wrong particularly high. It explains why fishing is intimately bound up with matters of sovereignty, making it one of the acid tests for a successful Brexit.

Part 2, ‘The Economics of Fishing’, assesses the potential economic gains from the UK repatriating its fishing quotas, and explains why the fishing industry has more to gain from no-deal than a bad deal.

Finally, we propose three guiding principles against which any UK-EU fisheries agreement should be assessed:

The Politics of Fishing

The EU’s Common Fisheries Policy (CFP) has resulted in UK boats landing an exceptionally low share of the fish in their own waters compared to other fishing nations outside the EU. While UK boats currently only catch around one-third of the fish in the UK waters, the figures for Norwegian and Icelandic boats are around 85% and 95% respectively.

The fishing issue in the UK-EU negotiations is one of sovereignty as well as economics. As a matter of international law, the UK’s fishing waters – including the fish in them – are under sovereign British control. Under the CFP, that sovereignty passes automatically to the EU. However, when the transition period comes to an end on 31 December 2020, under UNCLOS that sovereignty automatically reverts back to the UK. This means that the EU starts with zero entitlement. By rights, it should negotiate up from zero, not down from its present quota, which it has enjoyed only by virtue of UK membership of the EU.

The EU’s position in the current negotiations is that the UK has to buy an FTA by handing over sovereignty over certain natural resources. That is not a relationship between sovereign equals.

The EU’s Fisheries Council has already unilaterally allocated fishing quotas to EU vessels in the UK’s fishing waters from 1 January to 31 March 2021 without an agreement with the UK on access to those waters.

The EU is asking for a long-term agreement on fisheries access that is tied in to any free trade agreement (FTA) concluded. This is a highly irregular arrangement. To the best of our knowledge, this would be the only FTA in the developed world where free trade is dependent on one side handing over access to natural resources.

The Economics of Fishing

Analysis by DEFRA estimates that if zonal attachment were used in place of current EU quotas, the UK’s share of fishing quotas across a set of major species would rise from around 25% now to over 60%.

The EU represents a large export market. Yet despite alarmist assertions, existing studies and other empirical evidence suggest that no-deal would not have a significant effect on UK fish exports to the EU, for four main reasons:

With regards to the option in the ongoing UK-EU negotiations of ‘trading’ fishing quotas for an FTA, it is important to bear in mind that non-tariff barriers (catch certificates, SPS barriers etc.) will be present deal or no-deal. At best, an FTA would save moderate tariffs, the incidence of which might well fall largely on EU consumers anyway given the lack of alternative supplies. The UK fishing industry and public would be badly short-changed by a deal on this basis, which would cede quota but not greatly affect access to the EU market.

Alongside the direct gains to the fishing industry from increased quotas would be knock-on benefits to related onshore industries. The Department for the Environment, Food and Rural Affairs has previously estimated that for every fisherman at sea, about ten jobs on land are supported.

In our view, any UK-EU fisheries agreement should be subject to the following principles:

If the EU is unwilling to negotiate a fishing agreement in accordance with standard international practice, including the move to zonal attachment, the UK should be prepared to act unilaterally and exclude EU fleets from UK waters. International law is clear on this point: the UK would have the right to do so from 1 January 2021.