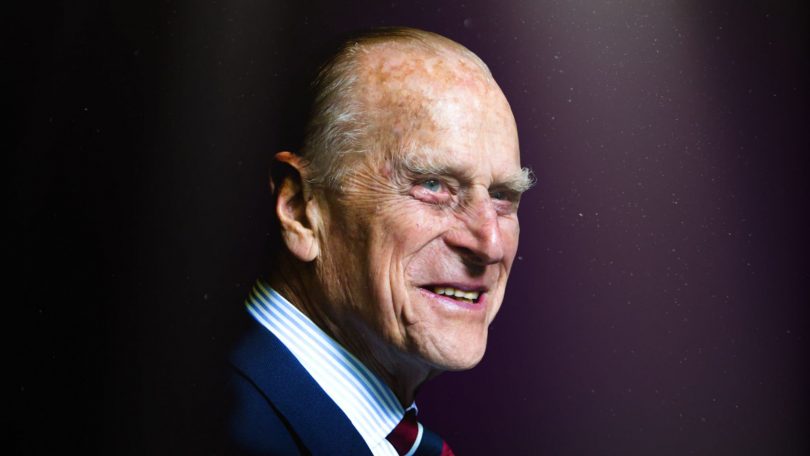 As our tribute to the Duke of Edinburgh, we offer this characteristic story by one of our regular contributors, former soldier and diplomat Adrian Hill.

From a small boy I wanted to join the Royal Navy with paratrooper as my fall back, so to speak. Pursuing ambition one when finally old enough (nearly 16) I went to the Outward Bound’s Moray Sea School at Burghead.

Moray Sea School was in the capable hands of Commander MacKenzie who had a gift for taking boys from as far apart as Brighton and the Glasgow and turning us into a team – the crew of a three masted schooner called the Prince Louis – and sail her round the Orkneys, sunshine or gale.  (Our course got the gale!).  We consisted of about forty teenage boys mostly from the poorer parts of Clydeside.

Out on the Moray Firth the Home Fleet lay at anchor.  We watched the Royal Yacht Britannia cruise among the lines of aircraft carriers, cruisers, destroyers and submarines: the Queen was reviewing her Home Fleet.

Shortly afterwards, one boy from Govan in Glasgow – in those days a ship builders yard – suffering a twisted ankle, was left at the Sea School, and made comfortable in the Commander’s office to spend the afternoon on telephone watch.  I can still hear the conversation that ensued:

MacKenzie – Did anyone phone yer?

MacKenzie, perceptive, noticing the sash window was fully open – But you’ve had a visitor?

And how did you let him into my office?

Och that was easy, Sor. Ah just told him to shove up the sash winder and come on inside

Well he climbed in and asked me where the tea and stuff was.

And he made a good cuppa tea and we had a chat.

Did you ask him for more sugar?

(The pot and spoon lay on the desk.)

And who found the sugar?

I explained it was in the cupboard down the corridor an’ he went an’ found it.

Asked me what had happened to ma leg an aah told him. He chatted about half an hour.  Said to give you his regards and climbed oot the window. Asked me if ah wanted it shut a wee bit more. Nice fellah, Sor.

Aye, absolutely, Sor – I really liked him. He wasnay stand offish at all.

How do yer mean?

Well, he were obviously some kind of a toff, Sor.

I suppose that’s one description – did you enjoy the fleet review the other afternoon on the Firth?

You might be interested to learn that his Mrs reviewed the Home Fleet – your tea boy was the Duke of Edinburgh.