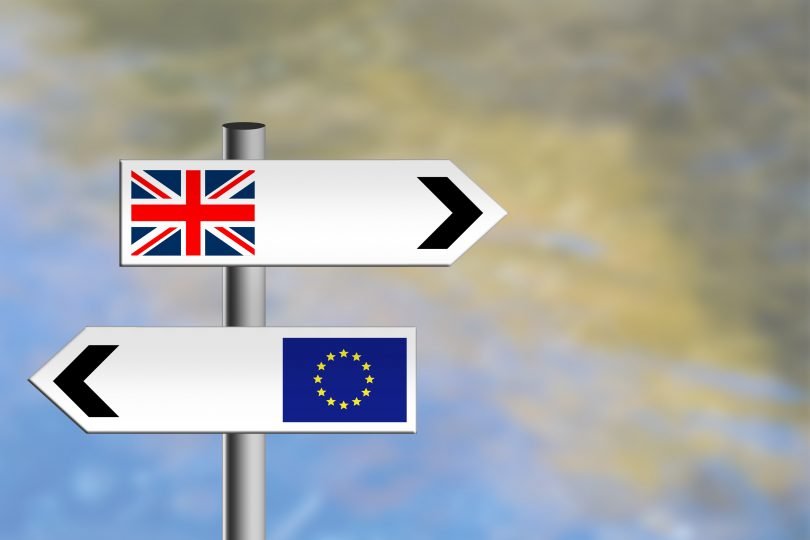 Professor Robert Rowthorn explains what persuaded him to move from a position of neutrality on Brexit to one of support. He believes that the negative economic forecasts for Brexit published by the Treasury and other are exaggerated, and says that there is now no going back. The task now is to get a good deal for the UK.

I abstained in the EU referendum.  Well, not exactly.  Before the referendum my wife and I discussed for weeks which way to vote but were unable to make up our minds. Since there was no provision in the referendum for a formal abstention, we decided to vote on opposite sides. In this way we fulfilled our duty as citizens to vote but without affecting the outcome. I voted Leave and my wife voted Remain but I would have been quite happy to have switched places.

For me, the arguments in favour of Leave were and still are mainly political. The UK has a long and proud history of parliamentary democracy.  Since joining, we have ceded many of our law-making powers to the EU, thereby diminishing the role of Parliament and undermining democratic control.  It has been a constant struggle to keep the EU at bay and prevent further encroachment on our sovereignty. Leaving the EU would reverse this process and allow us to “take back control”. However, the resulting benefits should not be exaggerated.  Leaving the EU would not imply complete freedom of action. For example, In the economic sphere, we would be free to cut our own trade deals as Liam Fox endlessly reminds us, but the EU would remain our largest trading partner and our exports to the bloc would still need to conform to EU standards. In the human rights sphere, we would no longer be answerable to the European Court of Justice, but we would still be subject to the occasionally infuriating rulings of the European Court of Human Rights which is not an EU institution.  Even where we did acquire genuine freedom of action, there are many areas where we would voluntarily do what previously would have been laid down by an EU directive.  But at least it would be our choice.

As I saw them, the economic arguments were on balance against Leave.  I was unimpressed by the hype surrounding our freedom to negotiate our own trade deals and to sweep away burdensome regulations after we leave the EU. I was also unimpressed by the claim that leaving the EU would save us £350 million a week in payments to Brussels.  When the UK rebate and receipts from Brussels are taken into account, the true figure is about half this amount. Of most concern to me was the potential impact on our exports if the EU decided to punish the UK for leaving by forcing us to trade under WTO rules. I thought the loss could be serious although not as large as the Treasury report on the subject claimed.

A hot topic during the run-up to the referendum was immigration.  The evidence regarding the impact of EU immigration on the UK is mixed.  By adding to the total population, the inflow of EU migrants has increased the pressure on public services, housing and infrastructure.  Academic evidence suggests that it has also exerted a small downward pressure on the wages of low-skilled workers.  On the other hand, since most of the migrants are of working age and find jobs soon after their arrival, immigration from the EU has helped to rejuvenate the population and expand the tax base, thereby generating a small fiscal surplus for the exchequer.  Given the small size of most of these effects, the issue of immigration did not figure prominently in my deliberations when I was deciding how to vote in the referendum.

Taking all of these arguments into account, I was on balance uncertain which way to vote. In the end, as explained above, I decided to “abstain”. Why have I now come off the fence and joined Briefings for Brexit?

The first reason is the publication of a thorough critique by Gudgin, Coutts, Gibson and Buchanan of the Treasury report on the long-run impact of Brexit on the UK economy[1].  Three of these four economists voted Remain, so they cannot be accused of bias in favour of leaving.  They argue convincingly that the Treasury economists (and many other researchers) overestimated the harmful impact of Brexit on UK exports. The critics concede that a hard Brexit, involving trade with the EU under WTO rules, would be harmful but their own estimates suggest that its impact would be significantly less than the Treasury report claimed. Forecasting is a hazardous business, so both the original Treasury report and the critique should be taken with a pinch of salt. Even so, after reading the critique I have become less pessimistic about the economic consequences of Brexit.  Scandalously, this critique has been almost entirely ignored by the BBC, the Guardian, the Independent, the Financial Times and other supposedly objective media.

Another reason for speaking out in favour of Brexit is that, whatever the merits of the original decision to leave the EU, it would now be a political disaster to abandon Brexit altogether or water down Brexit to the point where the UK remains in the EU in all but name. This would throw British politics into turmoil and leave a legacy of bitterness lasting for decades.

My final reason for speaking out is to help in a small way to strengthen the government’s bargaining position in its negotiations with the EU. The more public support there is for Brexit, the more likely is it that these negotiations will yield an outcome that is favourable to the UK. I think it unlikely that the diehard Remainers will succeed in their noisy campaign to derail Brexit, but their activities can only encourage the EU negotiators to take a hard line.  It is therefore imperative that, whatever our original views, those of us who now support Brexit should speak out.

Instead of spending their time in probably futile efforts to derail Brexit, the diehard Remainers should devote their considerable energies and talents to the more useful task of helping to ensure that Britain prospers in a post-Brexit world.