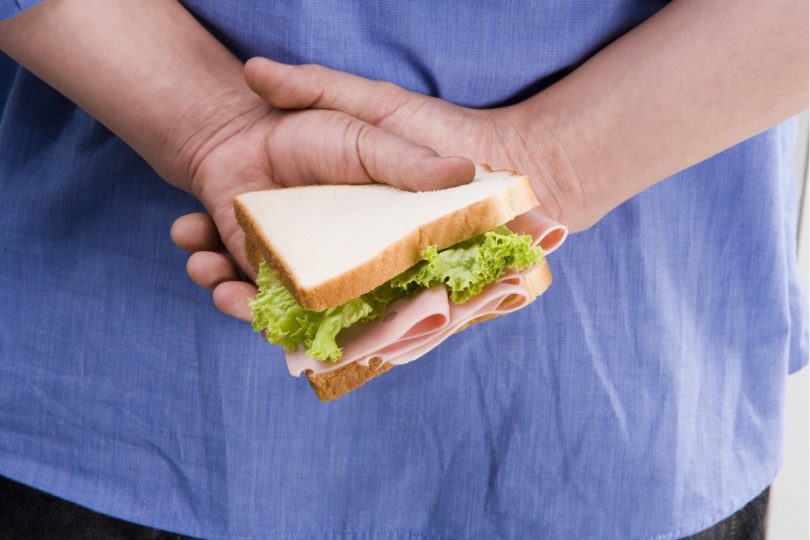 Economist Catherine McBride argues that the FT uses blatant propaganda on trade with the USA, simplifying farm standards down to illogical sound bites: Chlorine washed chicken is bad, but chlorine-washed salads fine. Their underlying argument is really US: bad and EU: good.

Last week the Fanatical Times published an article claiming that the UK’s pig farmers will be unable to compete with pork imported from the US. The US and the UK are presently negotiating a trade deal and agricultural trade will be part of any agreement. The FT was probably hoping that the amount of EU propaganda in their article would go unnoticed by the general public – no such luck. One reader suggested that they should report the propaganda piece, however the Fanatical hadn’t lied by fact but by omission.

So what had the FT omitted? While they interviewed a free range pig farmer in Norfolk, they forgot to mention that he is one of less than 3% of UK free range pork producers. Just as in the US, the majority of UK pork (60%) is produced entirely in a feedlot. The FT article also didn’t mention that the semi-feedlot pork in the UK only gets to spend 4 weeks outside if they are classed as Outdoor Bred or 10 weeks outside if they are Outdoor Reared. Hardly the life of Reilly. The FT floats the positive sounding term RSPCA Assured without explaining exactly what that entails – very little as it turns out. Some straw on the cement floor of the feedlot, some slated flooring, no farrowing crates (allowed in UK feedlots), no castration and no tail docking unless necessary (and apparently this is necessary for 70% of UK pigs). The Fanatical also interviewed a relatively small UK feedlot pig farmer who said he would be unable to compete with large US feedlots that can have 20,000 pigs yet they omitted to mention that the largest UK feedlot holds 23,000 pigs. So how does this farmer compete with larger UK competition?

The FT also omitted to tell their readers that the UK is not self-sufficient in pork but according to DEFRA imports 40% of its fresh pork from the EU. The newspaper neglected to mention that the EU does not share the UK’s higher welfare standards: Free Range, Outdoor Reared, or even Outdoor Bred. In the EU the vast majority of pork is produced in feedlots euphemistically called zero hectare farms. The EU providers of UK imported pork are quite happy to dock pig tails and castrate pigs – in fact they think the meat tastes better if you do – and although they have also banned Sow Stalls but not Farrowing Crates, apparently not every EU member is fully compliant yet.

The Fanatical continued its quest to belittle all US pork meat. They omitted the Canadian and Brazilian prices from a European Commission price chart and used the reduced chart to claim that US pork was cheaper than UK pork because of ‘lower standards’. The article happily conflates the UK and the EU for their purposes – yet even using an average EU price hides a massive variation in production standards and prices. When the Canadian and Brazilian prices are included, the Commission’s price chart really shows that EU pork is uncompetitive in world markets. EU pork is much more expensive than Brazilian and Canadian as well as US pork, despite the EU’s agricultural subsidies. And although you probably don’t need reminding – the EU has signed trade deals with both Brazil and Canada without UK farmers, or their Fanatical champion, complaining that Canada and Brazil produce to lower standards. (NB Only tiny EU quotas for Canadian pork).

The FT also used some emotive pictures: one of a UK free Range Pig Farm and another of a US feedlot for a comparison. The Feedlot picture has a single pig in the crowded pen looking questioningly at the camera and was probably originally taken for a Vegan publication. But in the interest of balanced journalism here is a fairer photographic comparison of US and UK outdoor pig farms: My money’s on the farm on the left – in the US if you are interested.

So how can the UK be using its supposed ‘high food standards’ as a reason to prevent a UK US trade deal when the Fanatical and other Europhiles have never complained about the half a million tons of pork the UK imports each year from EU feedlots? The FT omits the fact that intensive animal rearing is common place in much of the developed world including the UK. Their blatant propaganda pieces have simplified farm standards down to completely illogical sound bites: Chlorine washed chicken is bad, but chlorine washed salad is fine. Their underling argument is really US: bad and EU: good, regardless of whether EU and US meat production methods are essentially the same and regardless of how many of the EU’s rules and regulations its members never get around to ratifying or implementing. Essentially, the UK is a captured market for EU food producers – and they hope to keep it as such by denigrating any potential competition.

But there are two reasons why I am backing a US UK trade agreement: The first was spelt out beautifully by the new boss of Waitrose yesterday – he is not going to buy chlorinated chicken nor hormone ‘treated’ beef. Incredible, who knew that consumers would be able to make decisions about what they want to buy? And consumers can do this without the whole supermarket chain making that decision for them: just as they do now. All ardent Waitrose customers, and I count myself among them, can already choose between Organic, Free Range, Outdoor Reared, Outdoor Bred and probably Feedlot meat. But if the boss of Waitrose really wants to prove that he is interested in animal welfare, then I dare him to label their ‘essential’ chicken with the words ‘produced in a FEEDLOT’ – in big letters on the front of the package rather than hiding it on the website . Then we will discover how many UK consumers (and NFU petition signers) really have a problem with feedlot produced meat. My bet is not that many.

The second reason I believe that the UK and the US should sign a trade agreement is because in 2019 the UK sold 10,000 tons of pork to the United States, at an average price of $4200 per ton. I assume this was high welfare UK pork because the UK imported pork from Demark for an average price of only $2490 per ton in the same year. In all likelihood this high welfare UK pork trade with the US could grow if the US and UK signed a trade deal. The Organic movement started in the US, they have massive organic supermarkets – Wholefoods has more stores and generates more revenue than Waitrose. Being able to sell into a larger market could actually increase the number of high welfare farms in the UK not diminish them. The idea that all consumers will only buy the cheapest pork unless the government restricts its availability using trade barriers and tariffs, is completely false. As the boss of Waitrose knows – some customers want to buy free range and organic products despite the higher price and that is why his shops supply these products.

A longer version of this article is available on our Reports page at https://www.briefingsforbritain.co.uk/category/articles/