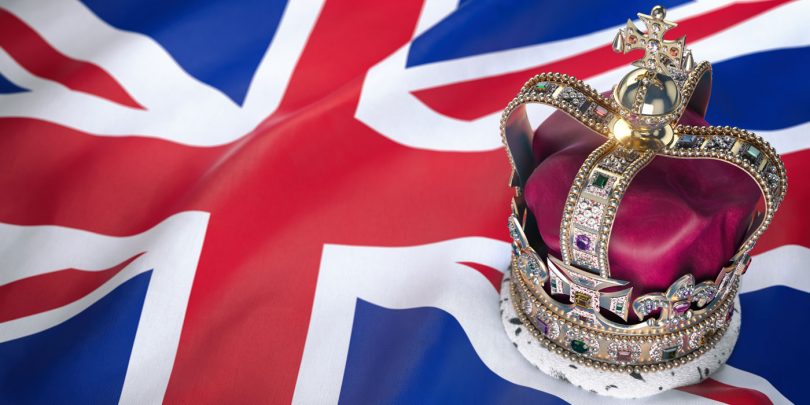 Academic lawyer ‘Titus’ examines the ongoing conflict between the Govermnent, parliament and the courts. He concludes that It is not for the courts to step into such a political maelstrom with declarations fit for Charles I.

A common theme in Brexit is to view the separation of powers between the executive and Crown as if we were still in the days of Charles I.

The reality of the British Constitution should be that described in Victorian days by Walter Bagehot.  There is a “near perfect fusion” of the executive and legislature.  The House of Commons main role is to “choose our president”, but the Commons undertakes this electoral college role on an ongoing basis.  The government only rules for as long as the House of Commons maintains its choice.

Former tax avoidance specialist, Jolyon Maugham QC melodramatically asks: “What is left parliamentary democracy if it can be suspended the day after a General Election for substantially its entire term?”[1]  Any constitutional lawyer knows the answer from Dicey’s Introduction to the Study of the Law of the Constitution.  A government that tries to rule without Parliament can pass no legislation.  It must run out of money within a year.  The Army Act will expire.  What is more, as the government is only the government because it has a majority, there is no sense in it doing what Maugham QC describes, as the House of Commons will be favourable.  If the government lacks a majority, it will only be putting off its destruction.

What we have at present is a constitutionally bizarre scenario.  The government does not have a majority for its most important policy so the “near perfect fusion” described by Bagehot applies.  However, the House of Commons exercises its “electoral college” role by maintaining the Prime Minister in office.  The Commons wants the government to carry out its policy (whenever it reaches it), but maintains a government that has a quite different policy.  It wants the government to continue to hold power, but only so that it can be prevented from using it.

Herein lies the basic difference of opinion between the High Court and Scotland’s Court of Session.

If you focus closely enough you see the executive trying to avoid Parliamentary scrutiny, preventing it from carrying out its “electoral college” role during an important period.  If that is all that the law can see, then it is open for the Courts (as in Scotland) to see a government trying to rule without consent.

But if you look more widely, then you see a House of Commons trying to toy with government like a cat with a mouse.  For most of the Remainer majority in the Commons, there is a positive and partisan desire not just to extend Look more widely and you can see clearly that Parliament could have legislated to remove Boris Johnson, or set an election date for before the European Council, or even appoint Commissioners to take charge of Brexit.  Parliament could have done any of this and more before the summer recess in anticipation of a Boris Johnson victory.  The Commons could have struck in June to install a government where, on this issue if nothing else, something close to the “near perfect fusion” would have existed.

Instead, the Commons have left the present government in charge of the prerogative.  They complain if it the prerogative is used for political advantage.  But Remainer MPs sit secure from judicial scrutiny of their part in creating the present scenario.  They wish to trap the government using the prerogatives of the legislature but believe the prerogative of the executive cannot be used in response.  They proclaim that they are defending the principle that the executive should be under Parliamentary scrutiny, but Parliamentary privilege means that they can hide from scrutiny as to why they have chosen to leave Boris Johnson in office.

It is fairly clear that a large part of the Remainer majority wish to ensure that Boris Johnson takes the blame for any extension of Brexit, even though it is the Remainer majority that would have legislated requiring the extension.  To legally compel someone, and then have them blamed for obeying the law, is almost the definition of an abuse of the rule of law.

However, as Parliament has left (and continues to leave) Boris Johnson in office, it is unclear why it should have been unlawful to use those prerogatives so as to counter a potential trap?  What Boris Johnson did, for better or for worse, was to give Parliament a week to act against him.  If the House of Commons left him in office, then he would be in charge of the royal prerogative in negotiations with the EU.  Parliament was not denied the opportunity to remove the government or regulate its use of the prerogative, but the opportunity to spend several more weeks trying to act against Brexit in a politically expedient way.

If you are Philip Hammond, you would doubtless throw up your hands in horror at the last sentence and argue that he was only acting against a “no deal”.  But this only underlines the political nature of the conflict.

This is the crux of the matter.  How the present conflict is viewed is a matter of political choice.  Boris Johnson is either trying to subvert the role of the Commons or using constitutional devices available to the government to counter political traps laid by opponents.  Remainer MPs are either carrying out their basic role of scrutinising government, or they are seeking a constitutional contradiction by maintaining a government in office whilst undermining its power – only to then howl in protest if the government uses the prerogatives it has been left with.  It is not for the courts to step into such a political maelstrom with declarations fit for Charles I.

The approach of the English High Court is therefore much to be preferred.  What is going on is politics, and the House of Commons has made its choice of its response.  The Courts should not declare the politicking of one-side to be justiciable, when that of the other side can hide behind Parliamentary privilege.

Scotland’s Court of Session has invoked the principle of “consent” under the Scottish Claim of Right.  Setting aside the historical anachronism – the Claim of Right like its English equivalent was meant to be a statement of existing principle, and certainly not a restriction on the use of the prerogative – the court’s decision refuses to acknowledge the basic controversy.  The House of Commons has consented for the government to hold the prerogative and thus to use it – it wants time to work out how to control that use.[2]

There is nothing necessarily biased about the Court of Session’s approach.  It is the nature of legal process to simplify and thus distort.  This is why the classic view, and that endorsed by the heads of all divisions in the English High Court, is that matters of party political dispute should not be justiciable.  The Court of Session has held that the probity of one side’s tactics should be held up for scrutiny, whilst the others can be paraded as matters of pure principle.

[2] As a slightly more obscure point, the arguments on “consent” revolve in fact around the role of the House of Commons (and to a lesser extent the House of Lords) in scrutinising.  It was held emphatically in Stockdale v Hansard that Parliamentary supremacy is about Acts passed by Queen, Lords and Commons.  It has been true since Bagehot’s days that the Sovereignty of Parliament is de facto the sovereignty of Commons, but any legal recognition of this was rejected almost 200 years ago.