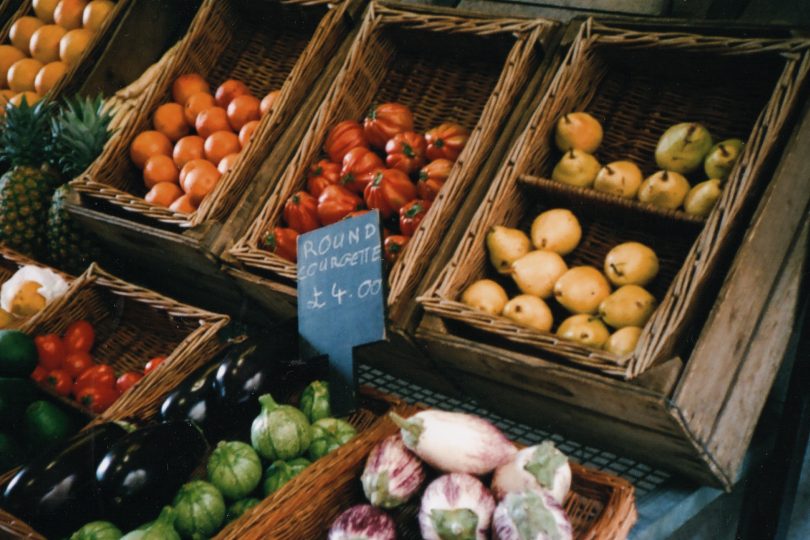 Dr Catherine McBride takes to task two Conservative Home panelists who want to restrict food imports to the UK. In her view, there is too much-uninformed talk about food standards.

So, who is Henry Dimbleby and why is he on a Conservative Home panel debate with the Secretary of State for International Trade and the President of the National Farmers Union? Apparently, he was chosen, as part owner of a fast-food chain called LEON, to write the National Food Strategy by someone at DEFRA.

Incredibly during this Conservative Home panel – Dimbleby said that the UK’s Obesity Strategy would be at risk from a US trade deal and then gave the example that– after the US signed a trade deal with Mexico, the Mexican consumption of highly processed foods went up because they were exposed to the advertising budgets of US corporations. He went on to extrapolate that if the UK agrees a US trade deal then ‘suddenly Hershey advertising is on every bus’.

I imagine that Dimbleby didn’t get to watch much commercial television as a child, but I have some bad news for him. The largest food corporations in the US: PepsiCo (Pepsi, Quaker Oats, Walkers, Cheetos and Tropicana); Kellogg’s (Corn Flakes, Pringles); General Mills (Haagen Dazs, Yoplait); Modelez International formerly Kraft Foods Global Snack Division (Cadbury, Toblerone, Cote d’Or, Oreo, Milka, Fry’s, Black and Greens); and Coca Cola,  not only already sell their products in the UK, they also advertise in the UK.

Dimbleby might also like to know that some of the world’s biggest food companies are British and European – Unilever (Magnum, Hellmann’s, Ben and Jerry’s); Mars (Mars Bars, M&Ms, Starburst); Danone (Yocrunch, Oikos); Nestle (Nestle chocolate, Kit Kats). In fact, of the world’s top ten snack food companies only five are of US origin, the other five are British or European. But all ten of them are multinationals and their products are available in any country where the local market can afford to buy them. Blocking a trade deal with the US will not keep these companies out of the UK.

Luckily, Liz Truss was able to push back at this absurdity saying that the UK is not going to change its food standards when negotiating a trade agreement. But looking at the list of ‘foods’ in the previous two paragraphs, it is obvious that UK food standards already allow the world’s junk foods as well as the UK’s junk foods to be sold here. However, Truss rightly pointed out: the UK’s obesity problem cannot be blamed on a trade deal.

In the panel debate Dimbleby also suggested that the UK needed a health expert on the Agriculture Trade Commission – presumably because he mistakenly believes that the UK doesn’t presently import any unhealthy food. I would suggest that Henry gets out more – preferably to a regular supermarket. As for the obesity strategy: none of this junk food is handed out for free. if you don’t want to eat it or for your children to eat it – don’t buy it. Only people can monitor the quantity and quality of the food they consumption 24/7. This is not the Government’s job.

As Dimbleby had failed to sway the Trade Secretary, Jamie Oliver decided to have a go in The Times on Thursday. But his message is very confused:

He started by saying that being obese increases your risk of getting Covid therefore the Government should make healthier food options more accessible and affordable. But this makes a stronger case for importing less expensive protein from the US, and Canada, and Australia, and New Zealand, and Brazil, and Argentina, and South Africa… I could go on.

He then went on to say that trade deals would be ‘opening the floodgates to a whole raft of lower-quality food, much of which is illegal in the UK’. This is not true. The UK food agencies are very good that stopping illegal food being sold in the UK such as EU horse meat and EU disease-ridden eggs.

Although I agree with Oliver that the food industry is very powerful – as I have already explained: Big Food is already in the UK and has been for some time.

For someone who describes themselves as ‘not very dramatic’ Oliver went on to warn us that chlorinated chicken is the tip of the iceberg (not the lettuce kind) we’re talking about:

But then Oliver switched his argument from health to poverty: talking about food banks and families in the UK in food poverty. However the food that Oliver would have us all eat is more expensive to produce than the products from high intensity farms operating in the UK now and providing almost all of the chicken and 60% of the pork sold in the UK. People on low budgets may be eating Red Tractor kitemark products but this standard still allows chickens and pigs to be kept in massive sheds containing thousands of pigs and hundreds of thousands of chickens. Red Tractor is not a sign of free-range farming. You can read the Red Tractor regulations online.

If Oliver does not want good food to be exclusively for the wealthy – well then, I would suggest that the UK start importing organic food from the US. It is cheaper because the US has a bigger market for organic food. Unfortunately, in the UK, although many people like to sign petitions and claim to support high animal welfare farming they don’t buy high animal welfare food.

Oliver claims that cheap low-quality food could be used in schools and hospitals. But cheaper does not have to be lower quality. And again, if the UK imports protein from lower cost suppliers like Argentina, Australia, New Zealand, Brazil, Turkey or South Africa, schools could find themselves able to serve children higher quality food – more protein and less cheap carbohydrate. Trade deals could improve school meals.

Oliver claims that diabetes went up in Canada because the Canadians were unaware that High Fructose Corn Syrup was being used in their food after NAFTA. However, the UK has strict labelling laws. Reading the packet of any processed food sold in the UK today will inform consumers of the multiple names producers have for sugar: whether they call it glucose, maltose, fructose, lactose, or sucrose – if you are worried about obesity, I suggest you avoid them all.

Del Boy? Who is he calling Del Boy?

Then Oliver made the most extraordinary remark: ‘I don’t want a ministerial version of Del Boy — knowingly or unknowingly — selling us short when Britain has got so much to offer.’ This was followed by: ‘I believe that our government will be in a much stronger position if our food standards are protected by law.’ Well Del-Boy Oliver: UK food standards are already protected by law. He should know this; he ran a chain of restaurants!

A Trade and Agriculture Commission with teeth?

Oliver is a supporter of the Nanny state and wants a Trade and Agriculture Commission with the ability to affect real change that includes health, animal welfare and environment experts. Well maybe he should have a look at the list of people already on the Trade and Agriculture Commission: multiple Farmers Unions representing Scotland, Wales, Cymru, Ulster and England; a former Chief Veterinary Officer;  UK Hospitality; the Food and Drink Federation; the British Retail Consortium; a former Tesco director; a trade expert; a former Trade Minister as well as an environment group called LEAF.

The only group obviously missing from this commission is the consumer. No one in this group is representing the British consumer. And unfortunately, the organisation called Which? has abandoned this position to protect suppliers instead. My recommendation would be for Liz Truss to randomly pick some shoppers – one from every supermarket chain and one each from a dozen farmers markets in order to balance the Commission with as many buyers as sellers.

But I don’t want to disparage Del Boy Oliver too much. While he appears to know nothing about intensive farming practices in both the UK and the EU or even about the availability of junk food in the UK. He is a talented chef and as such has a real role to play.

One of the main reasons that the UK will not be importing chlorinated chicken from the US is not because we have banned it but because the US and the UK have the same problem: their populations only want to eat the white chicken meat. This is a problem known as Carcass Balance. Most agricultural producing nations need an export market for the cuts of meat that their local consumers won’t eat. In the UK’s case these are often the cuts that take longer to cook and so are cheaper. However sometimes it is just laziness. A whole chicken retails for half of the per kilo price of the skinned chicken breasts alone. This reflects the cost of employing someone to skin and filet a chicken in the UK. But skinning and filleting a chicken could be done a home in a few minutes providing the purchaser with two meals rather than one.

The fact that the UK no longer eats the cheaper cuts of meat is proof that the UK is not suffering from the level of food poverty that Oliver would like us to believe. Many tradition foods: haggis, blood pudding, fried calves liver, fried sheep’s brains, tongue, sweetbreads, lamb shanks, ox tail soup and beef shins were created because people could not afford to throw away any part of a beast that was edible.

If Oliver is worried about food poverty in the UK. Then carcass balance is where he should be applying his trade. Teaching the UK again how to cook: chicken legs, wings and thighs; Osso Bucco; lamb shanks; reviving beef tongue; or how to corn Brisket. Or maybe Oliver should start producing ready-cooked meals using these cuts.

So, my advice to the Trade Secretary would be to agree trade deals with the US, Australia, New Zealand and Canada but to also extend the existing rolled-over trade deals to cover food. Lots of countries make high quality food and lots of countries would also buy the UK’s high-quality food.  Meanwhile Jamie Oliver and Henry Dimbleby should go back to their kitchens and start reinventing meals using cheaper cuts of meat.