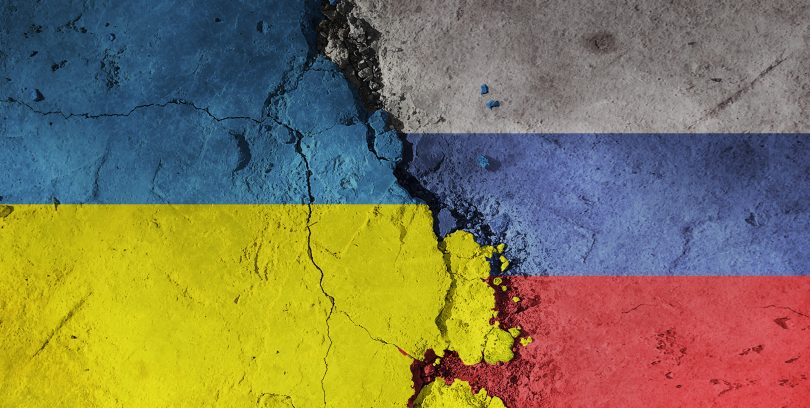 Contrary to Remainer predictions of a loss of influence post-Brexit, the UK response to Russia’s invasion of Ukraine has bolstered the reputation of Global Britain

The unprovoked and unjustifiable Russian invasion of Ukraine has been horrifying. With concerns growing about Vladimir Putin’s state of mind, the risks of some form of catastrophic escalation may well increase if Russian forces get bogged down – a scenario that looks increasingly likely as Ukrainians put up a determined and heroic defence of their homeland.  Even if his current ‘decapitation’ attack on Kyiv along a converging salient from Belarus and from Crimea were to succeed in the short term, authoritative estimates suggest that Putin will need 600,000 permanently stationed occupation troops to contain the partisan guerrilla phase that will follow.  This is manpower he does not have.  There are reports of Russian men of call-up age fleeing the country to the West to avoid conscription.

The temptation to escalate must therefore be very great and, short of tactical nuclear weapons (which he has of course), Putin has access to massed artillery and to missile-launched hyperbaric area-obliterating explosives.  Putin has laid down red lines to us with much menace.  Now comes the moment for the Free World to lay down red lines with explicit threats to hold Putin personally responsible.  This would develop the Prime Minister’s narrative that begins to sever Putin from the Russian people who he explicitly exculpated from blame for Putin’s mad war.

This is an exceptionally grave crisis: the worst in Europe since the defeat of Hitler, containing already an implied threat of nuclear retaliation by a dictator whose conduct, in the view of qualified neuropsychologists, shows overt early Parkinsonian symptoms and associated deep psychoses. How has the West responded thus far?

There will be many lessons to learn from this tragedy. For the US and UK, the seduction of Francis Fukuyama’s ‘end of history’ thesis was followed by the fixation on counter-terrorism in the wake of 9/11 that led directly to dire missteps in Iraq and Afghanistan.  Both conflicts cost the US and UK dear and undermined their credibility as effective global actors.  They were also accompanied by the dismantling of the large peer-to-peer land forces of the Cold War era.  The US and UK were also distracted from the twin strategic challenges posed by China and Russia.  But at least, thanks to the depth and scale of the US armed forces, the Anglosphere axis remains militarily competent, even though UK armed forces have now been pared to the bone.  The Russian main battle tank inventory is 3,000 with around 500 modernised T-72B3. The British Army has 227 Challenger 2 tanks in its inventory.

After the Iraq intelligence debacle, US and UK warnings about Putin’s intentions to invade Ukraine proved to be extremely accurate.  The decision to push those assessments into the public domain was inspired.  Although the invasion still went ahead, any attempt by Moscow to shape the narrative was pre-emptively wrecked.  Moreover, far from being brain dead – as President Macron has claimed – NATO has been infused with a renewed sense of vigour and purpose. NATO’s Secretary General Jens Stoltenberg has done an admirable job as the crisis has evolved.

Meanwhile, what of the EU response?  We have had Macron’s efforts to defuse the crisis and revive the Minsk accords.  It is not clear to what extent these were solo efforts by the French President or whether they reflected a coherent EU strategy.  We have seen the head of the German intelligence service caught by surprise by the invasion while in Kyiv and having to be exfiltrated.  The debate over sanctions has exposed worrying divisions within the EU, as vested business interests have lobbied to exempt their business sectors.  As this article goes to press, we are beginning to see a hardening of the EU sanctions position, including the exclusion of a number of Russian banks from the SWIFT system.  But the relatively slow EU response to the crisis has given rise to concerns that profits rather than people and democracy have too often been the dominant consideration.  More than this, with the exception of France, the military weakness of EU members states has been highlighted. The German Army Chief, General Mais, has rather candidly admitted: ‘The Bundeswehr, the army that I am privileged to lead, is more or less bare. The options that we can offer the politicians to support the alliance are extremely limited…We all saw it coming and were not able to get through with our arguments, to draw the conclusions from the annexation of Crimea and to implement them. That doesn’t feel good! I am sickened (Ich bin angefressen).’

Worse still, many EU states and – most notably – Germany have shown an almost unbelievable level of naivety in sacrificing their energy security as Russia has lured them firmly onto its gas hook in recent years.  Putin’s war indeed destroys utterly the generational project of ostpolitik as pursued by Chancellors Schröder, Merkel and now Scholtz.  It leaves in ruins the neo-Kantian belief in a European project of ‘European Union’ and reveals Germany prostrate before the Russian gas weapon.  Since early winter, Russia has been restricting supply to keep German reserves low.  There are no readily available alternative sources of gas supply.  In retrospect we can see that this was in anticipation of Putin’s war.  So, Putin has been handed the opportunity of denying power to large swathes of the EU should he choose to do so – and he is doing so.

While the UK only imports a small proportion of its gas from Russia, the PM’s determination to abandon locally sourced gas in the dash for ‘net zero’ targets looks increasingly reckless and he is now under rapidly mounting political pressure to abandon virtue-signalling and to return to grown-up politics.  In a recent article, Tony Lodge points out how rackety the logic of abandoning domestic gas actually is in environmental terms, ‘Between 2019 and 2020, liquefied natural gas (LNG) represented 40 per cent of all gas imports compared to an average 14 per cent in 2017/18. Imported gas pays no corporation tax in the UK, but it is perversely treated as producing “zero emissions”, despite it travelling thousands of miles by ship and carrying a large carbon production footprint.’

Nor was the ‘green’ campaign against fracking only the product of ill-informed but sincere activists. Putin’s Russia lobbied hard against fracking in the UK and EU to protect its own gas exports.  In a finding endorsed by former head of NATO, Anders Fogh Rasmussen, the Centre for European Studies reported in 2019 that Russia had given $95m to NGOs opposed to fracking.  Their arguments were factually incorrect but their campaign was successful.  However, playtime is over and  there is a strong national security case to reverse HMG’s opposition to fracking to help the UK to become self-sufficient in gas.  Unlike remote conventional gas-fields, fracked gas can quickly come on-stream because the tiny footprint well-heads are close to the existing gas pipe network.

Whether the Conservative government will survive voter anger when the grim reality of heating and electricity bills hits home later this year is very much open to question.  But the Ukraine crisis demonstrates clearly the folly of dependence on unreliable energy imports, not just from Russia but from the EU, and a need to bolster national economic resilience across a range of areas.

Energy policy aside, however, the Ukraine crisis looks to have bolstered the standing of Global Britain rather than undermined it.  The UK has had the freedom to take the lead in driving the European end of NATO’s security response to the crisis and has done so.  It was British NLAW anti-tank ‘fire and forget’ manpack missiles that helped to derail the advance of the elite Russian 1st Guards Tank Army near Kharkiv.  Ukrainian soldiers using them reportedly did so saying ‘God save the Queen’.  The decision to face down Putin’s dire threats against interfering in the conflict by supplying the Ukrainians with meaningful battlefield capability was a courageous and timely one. The EU, by contrast has looked powerless and at odds with itself, with Germany in particular very slow to offer lethal support to the Ukrainian government.  The collapse of the pro-Russian German establishment world-view, which is one of the two main pillars supporting the EU, has been as sudden as Putin’s attack and at this writing looks to be more comprehensive than Putin’s expectation of the collapse of Ukrainian self-defence.  In either case the end of the story is not yet remotely in view; only the tectonic significance of the changes now afoot.

Outside the EU, Britain is in fact uniquely positioned to act swiftly as a bridge between Europe and the USA to try to push a coordinated Western strategy to oppose Putin’s aggression and contain it, while acting unilaterally to bolster the supply of matériel and support to the Ukrainians. Britain’s rapid reaction to the crisis and active measures to lead the response from Western Europe has even been praised by a former EU President Donald Tusk, not noted for his enthusiasm for Britain or Brexit. Having left the centre of the Brussels force field, and maybe once more channelling his inner Polishness, it is another damascene conversion, and no less welcome for that.

This is not quite what Remainers predicted. In the tornado of events this week their real-world view has been fractured like  broken mirror.   Truly their time has passed.