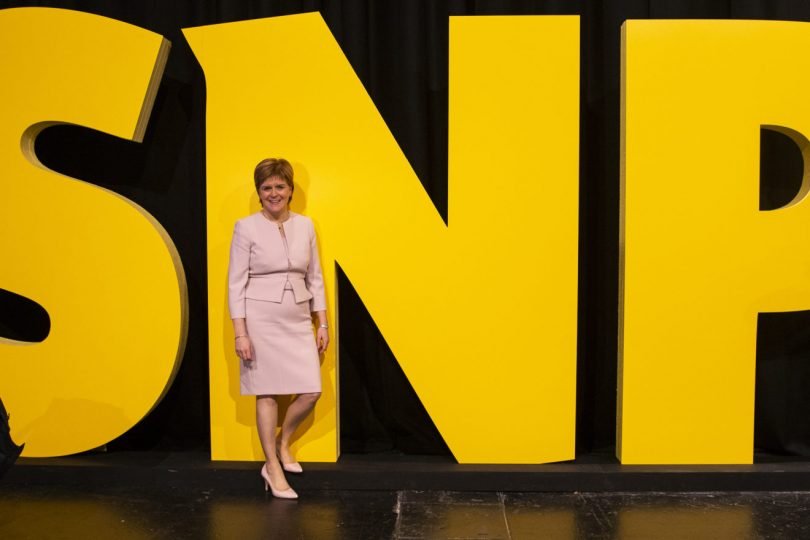 After 13 years in power, the Scottish Nationalist Party (SNP) have still not addressed the many issues which are of major concern to opponents of independence and which deserve careful consideration by those voters in Scotland who are still undecided. A few of these important issues are highlighted below, together with the type of questions that remain unanswered.

Government Expenditure and Revenue Scotland (GERS) shows Scotland’s 2019-2020 budget deficit at 8.6% of GDP, which was more than treble the UK figure of 2.5% and almost 3 times the 3% required for EU membership. The Institute for Fiscal Studies has predicted that this could rise to 26-28% by the end of this year and could still exceed 11% of GDP in 2024-2025.

Delivering For Scotland shows that the total of UK Barnett-based funding to the Scottish Government in 2021-2022 will be over £38 billion.   An independent Scotland would have to survive without this source of annual funding.

In times of crisis the collective strength of the UK has provided Scotland with vital financial support.  For example, during the global financial crisis of 2007-2009 the Government injected £46 billion into Royal Bank of Scotland to prevent it from collapsing.  To date, during the Covid-19 crisis, the UK Government has provided the Scottish Government with free Covid-19 vaccines, £8.6 billion to help support public services and has protected the jobs of around 930,000 Scottish citizens by covering the cost of furlough.  It is very likely that more such world crises will occur in the future and one must question how an independent Scotland would cope with these. In light of the above, it is hardly surprising that the economic future of an independent Scotland remains the SNP’s “elephant in the room”.

Considering that the Scottish SNP Government appears unable to prevent significant GDP deficits at a time when Scotland is being given considerable financial support from the UK, how would it prevent escalating annual deficits and mounting debt when this source of additional funding is no longer available?

A Business Plan for Independence

An essential part of any new business start-up is a comprehensive business plan.  This is required for banks, investors and stakeholders to assess the viability and risks associated with the business.  It should include details of start-up and running costs, investment and/or loans, an understanding of the marketplace, risk assessment, forecast estimates for growth and provisions for future unexpected financial impacts.  Essential as this is for a successful business start-up, surely it is even more important for a country considering independence.

Does the SNP have a detailed business plan for Scottish independence and, if so, why has this not been made available for public scrutiny?

and England.  However, unless Scotland can negotiate a free trade deal with the UK, customs control would be necessary for the movement of goods across the border.  Controlling the movement of people poses an even greater problem.  The Scottish Government has shown a much more liberal attitude towards immigration than the Westminster Government and, if allowed to join the EU, Scotland would become part of the Schengen Area with unrestricted travel for EU citizens.  It seems very likely that the UK would need a controlled border to avoid an influx of EU citizens and other illegal immigrants from Scotland.

After independence, how would the Scottish Government prevent illegal immigration into the UK without a hard customs border between Scotland and England?

In spite of previously arguing that an independent Scotland was entitled to continue using the British Pound, the SNP now appears to accept that this is not an option.  Instead, Nicola Sturgeon has suggested that Scotland would introduce a new Scottish currency.  However, details of this new currency have not been forthcoming, particularly in relation to set-up and running costs.

What would be the full cost of creating a new Scottish currency and, if Scotland is planning to join the EU, is this cost justified when use of the Euro is a key requirement of EU membership?

If an independent Scotland decided to apply for EU membership, it could take 4-5 years or perhaps even longer for the application to be approved.  In the meantime, Scottish companies would be facing trade tariffs with the EU, the UK and every other country around the world that has a free trade deal with the UK.  This would surely pose a serious problem for Scottish businesses and the Scottish economy.

A recent report from the Centre for Economic Performance at the London School of Economics claims that potential trade barriers resulting from Brexit and Scottish Independence would reduce Scotland’s income per capita by between 6.3 per cent and 8.7 per cent, equivalent to an income loss of between £2,000 and £2,800 per person every year.  It finds that “the economic costs of independence are two to three times greater than the impact of Brexit” and that “the losses from independence are similar regardless of whether an independent Scotland re-joins the EU or maintains a common economic market with the UK”.

Ms Sturgeon if, as you have claimed, that leaving the EU without a free trade deal would have been a disaster for the Scottish economy, how would you describe losing free trade deals with the EU, the UK and 63 other countries around the world after Scottish independence?

These questions and many more like them have a common theme in that they all relate to what might happen after Scotland achieves independence, a subject which Nicola Sturgeon and the SNP try their best to avoid.  It seems as if their total focus is geared solely towards achieving independence itself, whilst giving very little thought to what may or may not happen afterwards.  Either that or perhaps they do realise the risks involved but find it difficult to counter such pertinent questions in a way which might satisfy their supporters and avoid creating doubt in the minds of others.  The usual SNP avoidance strategy is to mock the question as simply another attempt at stirring up “Project Fear”.  Ironic, when you consider that Nicola Sturgeon’s strong opposition to Brexit was based upon a fear of what might happen to the Scottish economy if the UK left the EU under a no-deal Brexit.  So yes Nicola, these questions are being asked in order to address our fears of what may well happen to Scotland after independence, and the more you avoid answering them the more we Scots have a justifiable reason to fear the potential consequences.