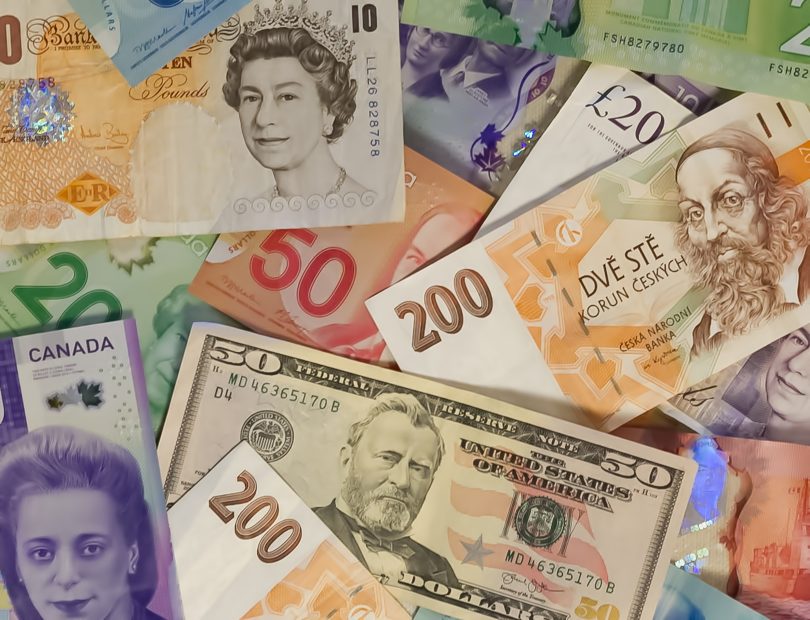 Retired banker Edward Archer argues in favour of a coordinated programme of quantitative easing by the world’s largest economies in order to allow the global economy to grow post-Brexit without a damaging debt overhang.

Governments around the world have borrowed enormous sums of money to finance increased fiscal spending and support their economies during the Covid-19 crisis.

Levels of government debt expressed as a percentage of their GDPs have exploded. They now exceed what would have been considered pre-crisis to be prudent, sustainable levels.

N.B. Japan has consistently been able to sustain government debt levels significantly higher in relation to its GDP than other major economies.

Greece recorded government debt/GDP of 127% in 2009 (when austerity was imposed on it). Subsequently this rose to 170% – 180% as the Greek economy contracted.

Some claim that this is not a problem as interest rates are low and the debt can be serviced. Perhaps, but what if interest rates rise? Governments would risk becoming even more indebted if their net revenues (tax receipts less non-debt related expenditure) are insufficient to cover interest payments. They would have to borrow further to service these interest payments and their debt would spiral.

Consequently, others have concluded that such debt levels will need to be reduced. They have suggested that governments will be forced to:

I find none of these options to be particularly attractive. The first two (representing a return toward “austerity”), would stunt the economic growth which will so desperately be needed as countries emerge from the crisis. The third is just a “cop out” and will leave an overhang on sentiment until the debt is actually repaid.

However, what if governments around the world were to get together and agree to pay off their respective increased debt levels by each “printing money” in a coordinated fashion? This would be achieved by governments buying back their own debt, effectively paying for it with “new money”, which would in turn increase their money supplies (coordinated “quantitative easing”).

The idea would be to reduce their debt levels as a percentage of GDP to those prevailing pre-crisis i.e. turn back the clock on government debt to more “normal” levels. To make the debt reduction permanent, I would suggest that they cancel repurchased debt rather than hold it in stock.

Normally, any country that increases its money supply unilaterally faces the quasi certainty of currency devaluation and increased inflation, which can undermine confidence in its economy. First, as the supply of its currency increases, the law of supply and demand dictates that its price (exchange rate versus other currencies) will fall – currency devaluation. The local currency price of imported goods will then rise, contributing to inflation. Secondly, as more money is available domestically to purchase goods, this would inflate prices further.

However, if countries were to increase their money supplies in a coordinated fashion, it should be possible to do this in a way that leaves exchange rate parities unchanged by maintaining the supply/demand balances between such currencies (all countries increasing their money supplies in sync so no relative change in cross-currency supply/demand balances).

The only problem might then be inflation, but if exchange rates remain unchanged there would at least be no imported inflation. Furthermore, given the current recessionary environment, I am not sure that any non-imported inflationary pressures would pose a major problem to most economies. No country would default on its debt, so nobody would suffer any loss of principal and there would therefore be no redistribution of wealth compared to the current status quo.

In this way, countries would be able to tackle their debt mountains without raising taxes or cutting spending – providing the right conditions to boost economic activity and allow growth to resume. What will count is large scale intervention and simultaneous announcements of actions to be taken by the various governments.

Countries have coordinated to a certain extent on their medical/scientific response to the crisis but have acted largely independently from a financial policy response perspective, although the EU has just coordinated a €750 billion rescue fund for its member states (which shows that cooperation is possible where there is a will to succeed). Indeed, following the 2008 financial crisis governments did coordinate announcements regarding their financial policy responses. The current situation provides an opportunity for the world’s major economies to demonstrate solidarity in tackling the effects of the Covid-19 crisis and help restore faith in the world economy. From a political perspective, it offers them an unprecedented opportunity to demonstrate global leadership. If the G7 or G20 could agree to push for and coordinate the effort, it should be feasible. After all, promoting the economic wellbeing of the world is their “raison d’être”.

There are many details that would need to be ironed out, like quantifying how much debt each government should repurchase (to be balanced and fair). In this respect, the EU is in a rather unique position in that the ECB is in charge of its currency (Euro), but individual member states have all issued their own government debt. The EU and its member states would have to agree a fair and balanced amount of each country’s debt for the ECB to repurchase – maybe easier said than done given the difficulties getting the recently announced EU rescue fund in place!

The Covid-19 crisis has affected the world’s economies in a different way to all previous crises. Economies have been shut down for a reason that was not precipitated by financial or economic events. The world can justify an unprecedented response.

N.B. One important exception: China has much less government debt than other countries and may not need or wish to participate. If so, its currency could appreciate, cutting its export competitiveness and its growth could suffer as a consequence. However, that would be its own decision.

Edward Archer is an economist and retired banker. He was Global Head of HSBC’s “Strategic Financing Advisory” department and subsequently CEO of HSBC Private Bank, France.

Edward Archer is an economist and retired banker. He was Global Head of HSBC’s "Strategic Financing Advisory" department and subsequently CEO of HSBC Private Bank, France.

Edward Archer is an economist and retired banker. He was Global Head of HSBC’s "Strategic Financing Advisory" department and subsequently CEO of HSBC Private Bank, France.