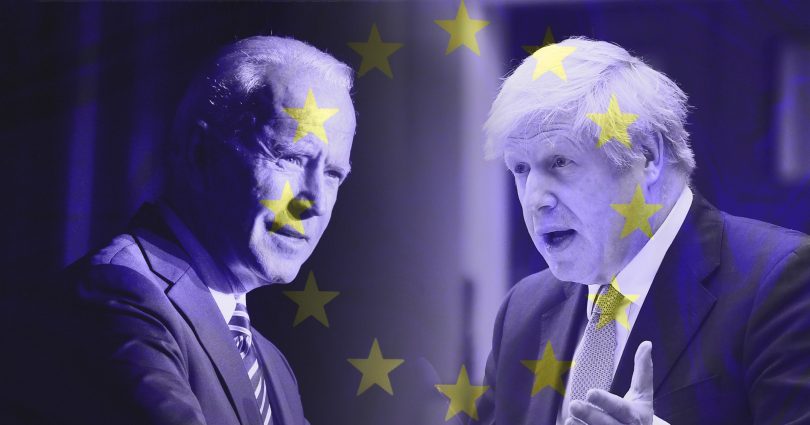 The sausage wars heat up

First it was ‘nothing is agreed until everything is agreed’, now it’s ‘nothing is negotiable, everything is applicable.’  President Macron’s inflammatory remarks ahead of this weekend’s G7 meeting underscore the rigidity of the approach taken by the EU toward the northern Irish Protocol.  And contrary to his strident certitudes, everything is negotiable because the Protocol is self-contradictory: it promises both to apply the single market’s regulations without diverting trade.

Indeed, the Protocol expressly provides that the Joint Committee can exercise discretion and flexibility in how it is enforced.  But without good faith and flexibility from the EU side, the system cannot preserve stability.  Aggressive rhetoric from Paris makes the situation less tenable by the day.

So unreasonable is the commission’s pigheaded disregard for Unionist sentiment, in fact, that even strongly pro-Remain writers in the UK have remarked on the need for compromise in the application of EU rules.  Not all, of course – George Peret QC defends the Commission’s supposed ‘legal purism’, though one can hardly be a legal purist when the treaty itself is unclear.  And such purism is easy to celebrate in the metropole when one isn’t facing the fear of riots and returned sectarianism.

Indeed, there are signs that even Biden’s US, for all its president’s Hibernian romanticism, may press Brussels to be more flexible in its demands for the application of checks.  Despite the headlines about the US ambassador’s formal protest to the UK, the former US special envoy to the Ulster has suggested that the EU is ‘making a mountain out of a molehill’ over SPS checks.  This confirms, if confirmation was needed, that the EU principally cares about preserving privileged food access to the lucrative UK market, and not about practical solutions.

Nonetheless, it’s hardly clear what the Biden administration can offer (or threaten) even if it does take a more pro-European position.  The US president has suggested that a trade deal would be reachable with the US even if the UK aligned to EU safety standards.  Yet trade deals need to be approved by Congress, and there’s little sign that Biden would be able to persuade America’s powerful agricultural lobbies in Congress to care about Northern Ireland – or even, once the UK committed to alignment, that he would uphold his end of the bargain.

Finally, we need to mention the proposal being discussed in the EU to impose checks on food products entering the rest of the bloc from Ireland in the event that the UK doesn’t back down and impose a border in the Irish Sea.  To some extent, such an impromptu British Isles-wide SPS area is a rather sensible idea, though not one that should be imposed by the rest of the EU on the Irish government without its consent.  After all, the UK receives as much Irish food, drink and horticulture as nearly the whole EU combined.  (Ireland also receives much less in food exports, demonstrating the spurious logic of Brussels’ concern.)

Such discussions illustrate the Alice-in-Wonderland logic of EU legalism pushed to extremes.  In order to save the single market’s ‘precautionary principle’ from the non-existent threat posed by British food products, some in Brussels are willing to compromise on the far more fundamental issue of the single market’s integrity.  And it’s clear evidence, too, of the EU’s persistent willingness to bully its own members: giving the lie to the idea of a Europe of equals on which the membership of small nations is predicated.  Scottish separatists should take note: leaving the UK for the EU is a loss of independence, not a gain.