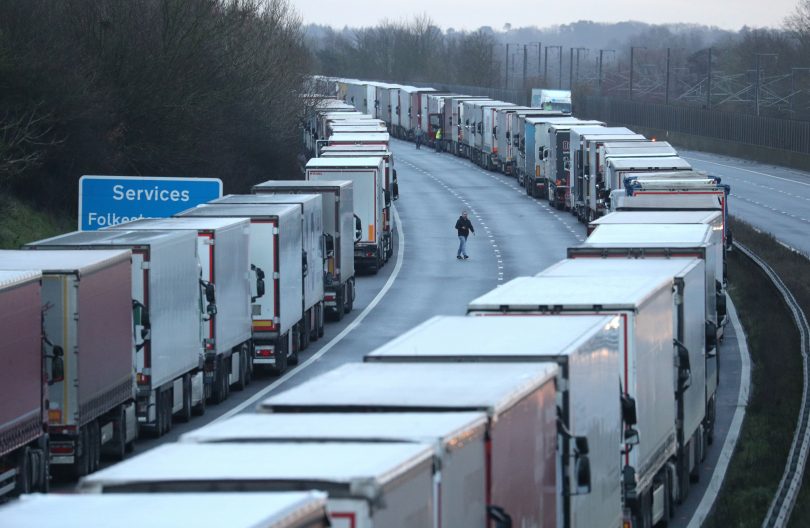 The efficiency of logistics at Britain’s borders continues to embarrass Remain doomsayers.

While border supply issues were the object of our last rebuttal piece, the continuing rather desperate attempts to find problems with the flow of goods continues in certain sections of the press.  Yet the news is broadly encouraging.  Despite the relative unfamiliarity of new customs procedures, very few trucks are being held up at the border, and as the arrangements bed in and become more familiar that number will only shrink further.

And though EU officials scoffed at the prospect of ‘smart’ customs measures being used to streamline procedures when it came to the Irish border, such measures are exactly those being employed in Calais, which is largely reporting business as usual.  Thus the absurdity of claims in the past that Brexit customs would cost an extra £7bn (or even £20bn) – claims predicated on the absurd assumption that economies of scale would not lead to a reduced cost of declarations.  Such figures better suited to pen-and-paper declarations than the streamlined and efficient digital methods now being rolled out.

Although it’s true that fish and food exporters are experiencing some difficulties, many of these are exaggerated.  Certain refrigerated goods such as lamb can last up to 40 days, and even these delays will shortened as systems become more efficient.  On the other hand, manufactured goods, which make up a proportion of UK output, are experiencing no such difficulties – indeed, Nissan recently committed to expanding its UK operations, citing new Brexit arrangements as a direct incentive.  Along with the expansion of Blyth’s own electric car battery industry, Brexit has brought real gains to the North East – directly assisting the government’s ‘level up’ agenda.