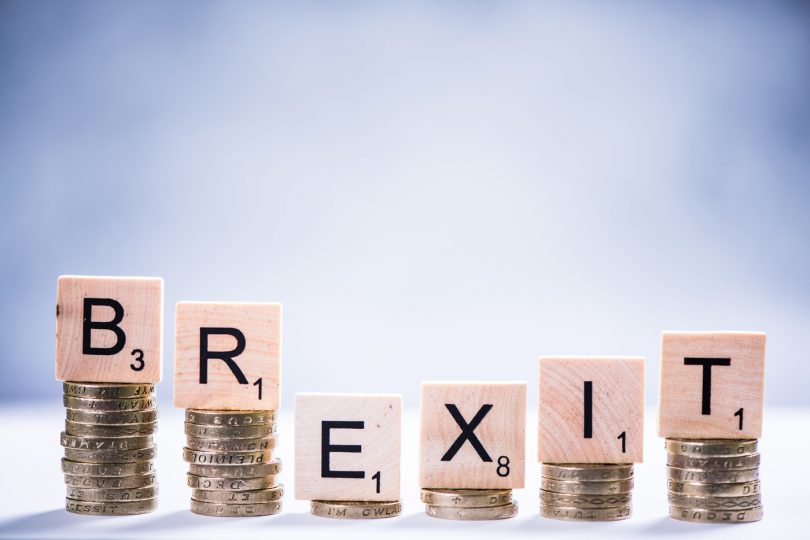 A repeated theme of “Project Fear” is that the Pound Sterling is inexorably losing its value due to Brexit. This is simply untrue.

Hardly a day goes by when I am not woken up by my radio alarm with someone proclaiming the latest disaster to befall us if GB leaves the EU. A loss of jobs, a drop in house prices, an inability to receive critical medicines or to fly to some other place where they are available, a return to sectarian violence across the Irish Sea and near starvation due to lack of any fresh food in the mainland UK. We’re all going over the cliff edge in April. Without the EU’s environmental protections, perhaps we will not have even enough cliffs.

As a markets lawyer in London working in the investment banking sector, the one that always has me shaking my head as I cross the Thames to the City each morning is the news announcer solemnly stating “sterling has fallen against the dollar/euro”. This line is repeated with such regularity at the end of radio and television news items that I wonder if anyone has the slightest idea of what is actually meant by such announcements. What is the point of them?

The Independent and Evening Standard newspapers took this approach to new lows, or perhaps new highs depending on which side of the trade you’re on, following the parliamentary votes on the tabled non-binding amendments on 29 January 2019. Their websites and the following day’s printed papers showed a simple graph with a near vertical line heading south, accompanied once again with the line ‘Pound falls against dollar as MP’s vote on amendments’. A closer look at this graph reveals that its range of values for US dollars on its vertical column begins at 1.3100 and ends at 1.3200. The time range on the horizontal column begins at 20.00 on the 29 January and ends at 20.00 on the 30 January. The line created on the graph shows a fall in sterling’s value against the dollar of 0.0069 over a period of 24 hours. A drop yes, but I wouldn’t rush out and sell all your holiday currency just yet.

Two years ago the UK Government announced it was about to deliver a notice to the EU advising it of the UK’s intention to leave the EU under Article 50 of the Lisbon Treaty on the 29 March 2019. This is an event that lawyers and traders in the City would describe as material price sensitive information. It is, therefore, worth looking at the performance of sterling over the last two years against three major currencies.

With so much going on in politics and the Article 50 deadline only a matter of weeks away, one might well ask ‘how can this be the case?’ The answer is simple. Britain publicly announced its intention to leave the EU two years ago so this forthcoming potential event is already priced in. With a limited number of possible end-game scenarios — (i) leaving the EU and managing no final trade deal; (ii) leaving the EU with an agreed final trade deal; (iii) cancelling and withdrawing Article 50 and holding a second referendum — there is little chance of any large fluctuations in the value of sterling against any major currency because all these scenarios are already priced in. In the absence of any unexpected major events, similar to the financial crises of 2008, or a sharp downgrade in Great Britain’s credit rating, there will be little or no disruption to sterling if the UK leaves the EU on 29 March 2019.

UK Banks and other institutions in the City have not sat back and waited for every news announcement or indication from the UK government on the progress of its trade deal negotiations or its exit preparations. They have been diligent and have planned meticulously inter alia for a ‘no deal’ scenario when they expect to lose their financial passporting rights from the UK into the EU. Subsidiaries have been set up, in Ireland for example, so that they can continue to book their trades in a corporate entity that is located in the EU. This does not mean that they will be moving their whole business, or even a substantial part of it, because the deal making, sales, trading and market making will continue to be done in London. In private, banks and the lawyers that advise them have been preparing and expecting a ‘no deal’ scenario from the starting gun. After all, what else could they have done? If they had not planned for such an end game and yet it came to be, their clients, shareholders and regulators would quite rightly ask, “what have you been doing, you’ve had over two years to sort this out”.

What then is the value or the point of the constant media announcements about sterling dropping in value? A quick glance on the underground at the Evening Standard would reveal the headline about the pound and perhaps the graph. The same message may be repeated on the radio or television news that evening and again the next morning. Most people are unlikely to go into much detailed analyses on the numbers and the announcers never provide any, other than perhaps a closing figure. We all like to travel abroad, especially to Europe and some of us need to buy things or pay mortgages on holiday homes. The effect on us of these announcements is then quite brutal. The Pound falls: our wealth and wellbeing falls. This is a dramatic device used by news editors to draw our attention to their advertisements (some even call that “Project Fear”) and to make us think that if Britain leaves the EU we will be poorer. When it comes to foreign exchange rates, nothing could be further from the truth.