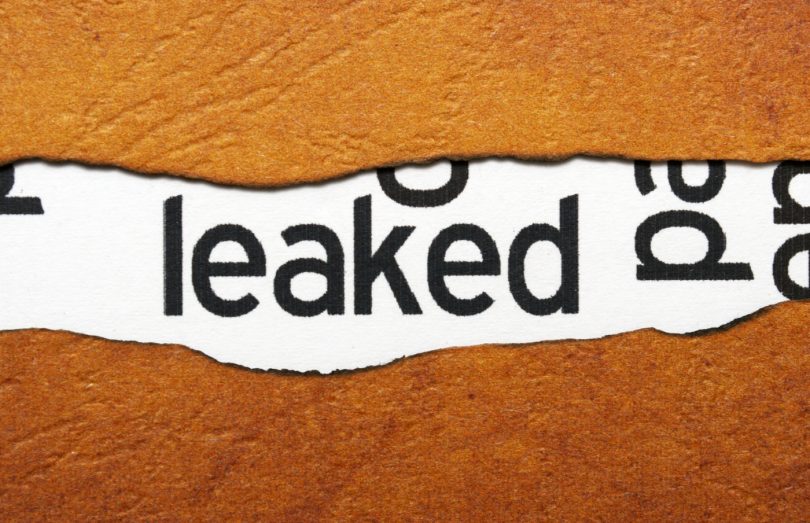 BfB has been keenly following the career of Angus Lapsley through a series of articles over a long period. Mr Lapsley has thus far managed to evade any serious punishment for removing secret documents from the MoD and then losing them.

Others have not been so lucky – and have been prosecuted in court for less egregious offences.  There has been no public announcement of the results of any security enquiry.  Lapsley’s rule-breaking actions may have been prompted by a simple, if misplaced, desire to stay on top of his brief.  The public will expect reassurance from the Foreign Secretary that investigating authorities have established not only what Lapsley did, but why he did it.

The news that civil servants breached Covid rules last Christmas has triggered an understandable storm of protest.  The BBC has been at the vanguard of an investigation designed to hold anyone in the upper echelons of power to account who may be guilty of assuming that the rules simply don’t apply to them.

But there are other examples of an arrogant disregard for the rules at the most senior levels of the civil service which are at least as egregious as ‘gatherings’ of officials during lockdown.  One such is the case of Angus Lapsley, the senior Foreign, Commonwealth and Development Office (FCDO) official, who illegally carried secret and confidential documents out of a secure MoD area earlier this year. MPs have still not been enlightened as to the number of authorisations he may have breached in the process or indeed whether any were provided to him ahead of this particular incident.

It was the BBC that first broke the story on 27 June, after a member of the public had handed them (rather than the Police) a bundle of nearly 50 secret and confidential documents, which had been found ‘in a soggy heap behind a bus stop in Kent.’  There is nothing in the public domain to indicate whether the individual who passed the documents to the BBC was the only person to have seen the documents after they left Lapsley’s possession.

The BBC initially reported that a number of the documents were so secret that it would be wrong to report or reveal any of the content, although the subjects of the two most secret papers in the bundle (‘pinks’ which are restricted to special areas within the MoD) have been mentioned, and they could not be more sensitive: the options over the track of a British destroyer near Crimea; and matters to do with Special Forces operations in Afghanistan after NATO’s precipitate withdrawal.  Then, in early August, it emerged that the official responsible for removing the documents was Lapsley, the MoD ‘Strategy & International Director’.  The MoD sent Lapsley back to his home department and the subsequent public revelation of the offender’s identity as such a senior official provoked further consternation in the MoD.  Baroness Goldie, the Minister of State at the MoD, announced that ‘The individual concerned has been removed from sensitive work and has already had their security clearance suspended pending a full review.’

Professor Gwythian Prins published an article on this site in early August, drawing attention to the seriousness of Lapsley’s offence.  Former senior military officers were incensed by Lapsley’s actions, with General Julian Thompson writing to the Telegraph to alert the public to the horrified US reaction to the security breach.  General Thompson also demanded to know why Lapsley had not been prosecuted, as others had been for similar offences – such as MoD official Richard Jackson in 2008.

Since then, we have been treated to – silence.  There have been no announcements concerning disciplinary action of any kind against Lapsley.  He appears to continue to hold a senior position within the FCDO.  In a marked contrast to the determination on the part of the media to expose lockdown civil service Christmas quizzes, we have seen a far gentler approach to Lapsley.  The BBC’s Emma Barnett even published an article suggesting that ‘Honest mistakes do happen – even errors like losing top secret files are worthy of forgiveness.’

There was no forgiveness for Richard Jackson – and others like him – for good reason.  Security really matters.  Peoples’ lives are often at stake.  For example, this breach – occurring as it did right before the emergency Afghanistan evacuation plan OP PITTING – may have risked compromising UK Special Forces operations at a critical juncture.

It seems to us that far too few questions have been aired publicly about the Lapsley affair.  There is too much we just don’t know.  But it is clear that there is a precedent for bringing to trial senior officials who remove top secret documents without authorisation.  The Foreign Secretary should explain why an exception appears to have been made in Lapsley’s case.  What is it that has made him worthy of forgiveness? The Chairman of the Foreign Affairs Select Committee appears to have made an enquiry and been told that an internal review was in train. Prima facie his case is more serious than Jackson’s because of the sheer scale of the document cache, the gravity of the reported subjects and Lapsley’s higher seniority. It is thus hard to discern how Lapsley has managed to avoid Jackson’s fate: arrest under Section 8 of the Official Secrets Act; suspension on ‘gardening leave’; and then being brought before a court.

The public, quite rightly, have not been privy to the detailed investigation that has no doubt been conducted into Lapsley’s actions.  But we remain entitled to know whether Lapsley was indeed guilty of no more than a misguided desire to do additional work on secret documents while at home – and what possible justification investigators may have taken into account if they have concluded that this was not a punishable breach of the Official Secrets Act.

A difficulty with this case is that there are other possible reasons why an official might choose to break the law by removing high classified documents from a secure government area and, indeed, building.  These might include a desire to draw on the content of classified documents when conducting an unauthorised briefing.

There may be instances in which an official falls prey to the temptation to share not only the content of classified documents, but even the documents themselves.  Any official – however senior – who walks out with a bagful of dozens of classified documents is going to feel acutely nervous about it.  This in turn will mean that they will take special care not to lose them.  Jackson, by contrast, was reported to have taken confidential documents ‘inadvertently’ from the Cabinet Office – and so would not necessarily have been on his guard.  He mislaid a bag on a train, was physically sick on discovering the loss, frantically toured railway lost property offices (a citizen handed the documents to the Police), pleaded guilty at his trial and narrowly escaped a custodial sentence, the Judge told him, because of his co-operation, guilty plea and evident contrition.

It is, of course, possible that Lapsley was so astonishingly inept that he casually just ‘forgot’ the bagful of secret documents he had extracted and placed at such high risk of exposure by carrying them on public transport.  Would you?  In such circumstances, it would always be important for investigators to confirm that secret documents had indeed been inadvertently mislaid – and not deliberately left somewhere for an unauthorised third party to collect.

The document bundle would not only have been of value to traditional intelligence foes such as Russia or China.  Other states rather closer to these shores might conceivably have an interest in information of this kind.  As the BBC itself noted when first breaking the original story in June: ‘The bundle includes updates on arms exports campaigns, including sensitive observations about areas where Britain might find itself competing with European allies.  There’s a whiff of post-Brexit anxiety in comments attributed to “SofS” (Defence Secretary Ben Wallace), who insists that the six-member European Organisation for Joint Armament Cooperation (OCCAR), of which Britain is a member, “must not be hijacked” by “entryism” from the European Commission.’

While ‘cock-up’ is generally more likely than ‘conspiracy’, we look forward to confirmation from the Foreign Secretary that both an intention to carry out unauthorised briefings or even sharing the documents themselves have been firmly ruled out and that Lapsley will be properly dealt with in accordance with the law and with precedent.  Now, more than ever, it is important that the government offers reassurance that this is not another case of ‘one rule for us, and another for them’, especially when it concerns issues rather more significant than mince pies and mulled wine.