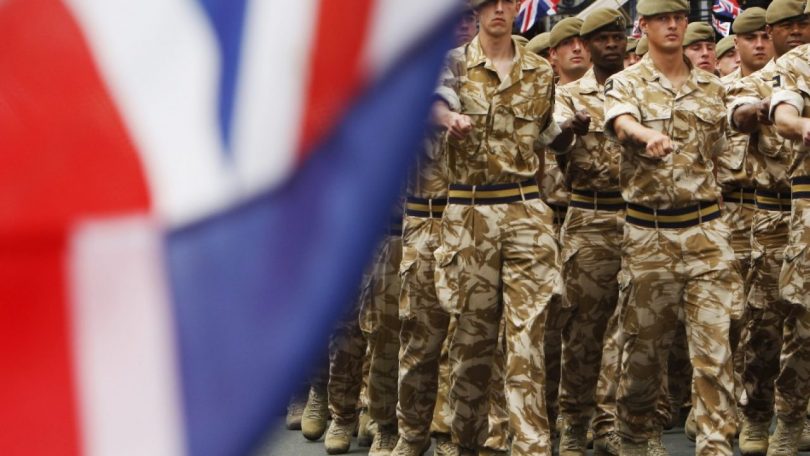 We are now at war with a peacetime mentality. This is the most dangerous of conditions. The belief that boots on the ground (or hulls in the water or planes in the air) can be substituted by new non-kinetic technology is a common fallacy in such times. Both are required. It is a timeless truth that quantity has a quality all of its own.

We are in two Cold Wars simultaneously: with Russia and with the PRC. But it becomes clearer by the day that of these, the unveiling of Communist China’s hostility to the Free World and our way of life has been the most important event of the pandemic year.

Countering the PRC Ministry of State Security’s skilful use of the world-wide spread of the virus from Wuhan to damage us diplomatically and economically and to encourage misdirection by culturally self-harming behaviours such as ‘woke’ censorship and climate catastrophism must be front and centre in the Government’s Integrated Geo-strategic Defence and Security Review.

The PRC confronts us with a sophisticated ‘fusion strategy’ which combines sharp and soft power instruments and an oblique approach that prioritises the cultivation of ‘friends of China’ within the liberal democracies, notably within higher scientific, business, political and university circles. This poses acute challenges to the domestic and foreign intelligence services and to GCHQ, all in double harness with defence intelligence services.

The rule of thumb for the authors of the Integrated Review must therefore be “would Xi Jinping approve of this?” and if so, they should do the opposite. This is how I shall judge their work. I am encouraged by the Government’s robust stand on Huawei and by the forthcoming eastern deployment of the Queen Elizabeth Carrier Strike Group.

But I am not sure if the degree to which we must match the PRC with our own ‘fusion strategy’ has yet been fully grasped. Current suspension of the Royal Naval Reserve and proposals to shrink Army manpower numbers at such a moment suggest not. To do so inevitably reduces options. And unreconciled ‘rejoiners’ are trying hard to use such cuts to subordinate our newly independent country under the EU again, via its Defence Union and through the European defence Fund. They never give up.

There is now no excuse for policy-makers not to understand how great was the error of admitting the PRC to the World Trade Organisation on “Twelve Eleven” in 2001. While politicians from Blair to Cameron and Osborne pursued their dangerously myopic ‘golden era’ policy of deepening our vulnerability to the PRC, the ‘China Dream’ ambition to overmatch the Free World by 2049 was being aggressively advanced.

First it was covert: “deceive the heavens to cross the sea”: the first of the ancient Thirty Six Stratagems. Then it became overt after Xi Jinping’s 17th March 2013 speech. And during 2020, in the South China Sea, over Taiwan, Hong Kong and the Uighurs, it became naked, without further pretence.  They have had a twenty year lead on us. It is time to wake up.

Therefore this Integrated Review must match the calibre of Castlereagh’s Great State Paper of May 1820 and Eyre Crowe’s German Memorandum of 1907, each of which shaped British Strategy for decades. These are the predecessors against which I shall measure it. Fortunately the lead author of the Integrated Review is Castlereagh’s biographer.