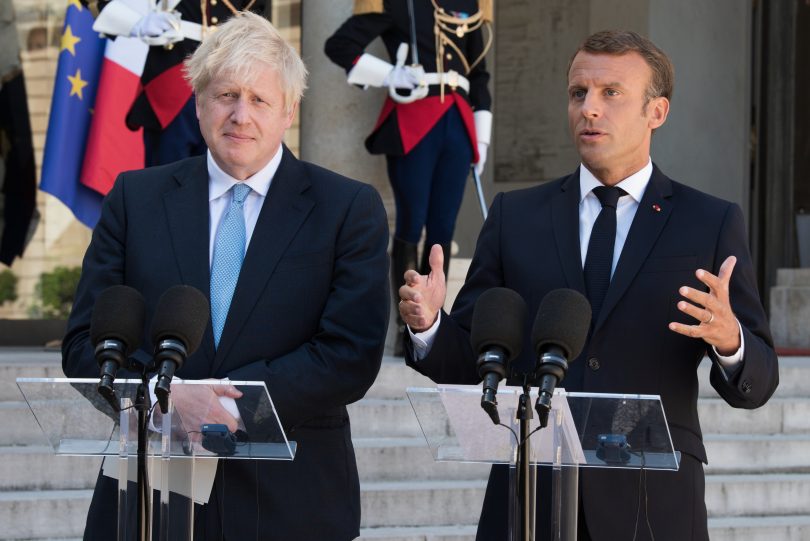 Sylvie Bermann, France’s ambassador in London from 2014-17, has written an article in The Guardian (4 Dec.) asserting that ‘it is impossible to work seriously with Boris Johnson’s government,’ and blaming Britain alone for the damage to Franco-British relations. How unbiased is her opinion?

Not long after her appointment as France’s first woman ambassador in London, Sylvie Bermann kindly invited me round to her palatial residence for a chat about Anglo-French relations.  I remember saying after a pleasant hour or so that I thought it was quite likely we would vote to leave the EU.  She clearly thought I was deranged.  As her recent book on Brexit[1] shows, her opinion has widened: she now thinks most of the country was deranged, its “demons released, xenophobia and racism legitimized”.

Most recently she has returned to the theme in an article in the Guardian in which she writes that Brexit has changed our relationship from one of convivial rivalry to one that is sour and unfriendly. France is not she argues punishing Britain for Brexit but merely applying the law under which the UK is now a ‘third country’.  At the heart of France’s loss of trust is the Northern Ireland Protocol which is there simply to protect the single market she says (and not we might notice to protect the Good Friday Agreement or peace in Ireland despite a recent Macron statement about war and peace in Ireland).

British criticisms about the French policing of the refugee problem in the Channel have, she writes, caused outrage in France, a problem made worse by Boris Johnsons means of communication through tweets. The fishing dispute is seen a violation of the agreement signed by Britain and an act of hostility towards France.

Her book published in French last January gives an insight into where all this comes from. The book has had considerable press coverage for its undiplomatic plain speaking, which verges on good old French Anglophobia, and which is again on display in her Guardian piece.  But a colleague of Bermann has assured me that she is a sincere Anglophile, and that this is a testament of unrequited love.  Hence her frequent reference to Brexit as “divorce”, rather than withdrawal from a problematic trading system.

Nevertheless, hers is a somewhat unusual kind of love.  She admires the Queen and royal ceremonies – the open carriage ride, the marshal of the diplomatic corps in cocked hat, the annual ambassadors’ ball.  She adores London as a not a very British city (40% of its inhabitants were born abroad, she says), and as a cosmopolitan mosaic of expatriate enclaves.  She seems to have been most comfortable not just in the metropolitan bubble, but in a bubble within the bubble, with a few senior politicians such as notre cher Philip Hammond, other diplomats, and Remainer writers.

From a sense of duty, she “made an effort” (“je me suis efforcée”) to travel further afield, but did not enjoy it much.  There is in this book an unmistakeable unease with the hoi polloi.  Bermann criticises the BBC, normally a “model for the planet”, for going to “absurd” lengths to be neutral in the referendum campaign, inviting “unknowns” to contradict “the most recognized experts”.  It was particularly bad form for the Leave campaign to reach out to people “in the shadows” who normally did not vote — “invisible” left-behind people whose passive acquiescence in the decisions of their superiors is better left undisturbed: “it was said … that if there were too many voters it would be bad, because it would mean that people who never voted had gone to the polls for Brexit.  So it turned out”.

Her historical summary is like wading through 150 pages of The New European.  In brief, Brexit is merely a con trick, due to the tabloid press, lying politicians, and stupid voters.  We have the usual (disproved) stories of anti-Polish violence and Cambridge Analytica.  They may not be accurate, but they fit the picture, because for Bermann the root causes of Brexit are that the British “persistently hate” the Germans, “despise” the French, “hate” migrants, think they won the Second World War single-handed (she thinks Rule Britannia was written in 1940), and indulge in a neo-imperialist fantasy that the whole Anglosphere revolves round them.  I should say that she cites me fairly prominently, though on one occasion to ascribe to me an opinion which is the opposite of what I believe (“that Scotland has only caused problems to England and that a breakup would be welcome”).

There is no heart-searching here about the economic and democratic failings of the EU and their effect on British opinion.  Nothing about traditions of self-government which gave the Leave campaign cross-party appeal.  Nothing about the unpopularity of the EU in other member countries, including France.  Brexit was simply down to British “nostalgia and resentment”.  As for the EU, it is becoming one of the Big Three with China and the USA, and is about to reform itself to become more “flexible”, so all is well.  On her final page she praises its vaccine policy for pushing down the price.

Does any of this matter?  I think it does, for two reasons, one past, one present.  Perhaps the most important duty of an ambassador is to give her government insight into what is happening – insight that could not be gained just by reading the newspapers.  One can regret or deplore, but there has to be some understanding, which requires a minimum of empathy, a willingness to enter into the minds of people who think differently from oneself.  I can see nothing of that in this book.  Was this the analysis Paris was being given by its ambassador from 2015 to 2017?  That Brexit was a mindless revolt of the proles manipulated by a few con-men?  Is this one reason why the French government still seems to find Brexit so difficult to accept?

The other reason for regretting this book is its possible effect on French opinion today.  Diplomats also have the task of fostering good relations between peoples.  There is plenty of latent Anglophobia in France (as there is Francophobia in Britain).  This book can only encourage it.  Imagine, if you can, a former British ambassador in Paris—let us say Lord Ricketts—writing a book asserting that France’s leaders are corrupt, that the French are a racist and xenophobic people who have never forgiven Britain for Waterloo or Germany for Sedan, that they believe themselves superior to every other nation, and that they use the EU as an imperialist instrument.  Well, that is the sort of book I am afraid this is.

Madame Bermann is a distinguished diplomat, a specialist of China, and now chair of France’s prestigious national defence training college, the IHEDN.  Can this book really be how the French diplomatic establishment thinks, or is it just propaganda intended to discourage criticism of the EU in France?  In either case, there is a strong whiff of panic.

An earlier version of this article appeared in The Times.