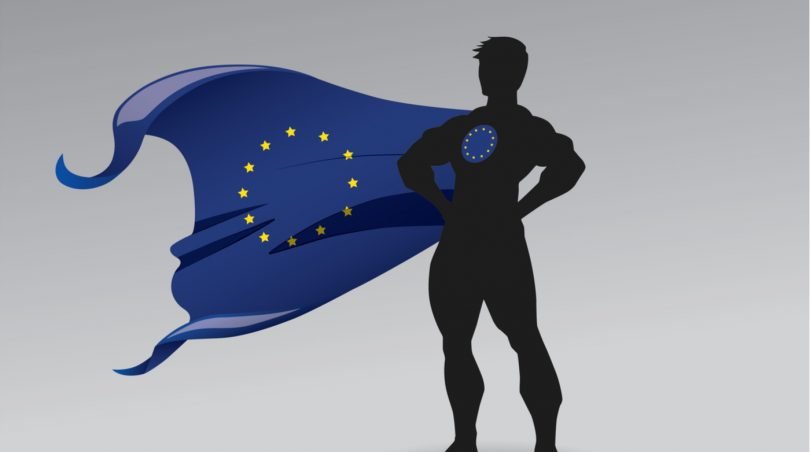 Much recent argument has turned on whether the EU is becoming a major international force, and whether for that reason the UK must stay in its orbit or be marginalized. There are at least three reasons why neither outcome seems likely or desirable, and why the UK and the EU now need to show political and strategic wisdom.

It is widely argued and, in many quarters, taken for granted, that in the twenty-first century Europe needs to become a giant super state, able to take its seat at the table of global geopolitical power alongside the United States and China. Former UK Prime Minister Tony Blair put it this way at the Council on Foreign Relations in New York last week: “[The European project] is not about peace, it’s about power”.

Brexit has often been viewed through this lens: by getting off the bus of “ever closer union”, the United Kingdom is not just undermining Europe’s geopolitical imperative, it risks consigning itself to the ranks of a middling power.

But is this view of things really correct? At the very least, it begs some important questions. Three merit consideration.

First, is it really the case, as geopolitical prognosticators would have it, that the world is inexorably arranging itself into a small number of geopolitical blocs or spheres of influence, centering on the US and China respectively, making it imperative for the nation states of Europe to agglomerate their economic and political power into a third pole? In short, is bigger necessarily better in the twenty-first century, in a way that was not true in the past?

There is something superficially appealing about the argument, but a dose of Hayekian skepticism might be in order too. Running a big organization, whether a company, a country or an empire, does not come without costs. Purely from the viewpoint of projecting geopolitical power, there may well be economies of scale in political units agglomerating into larger ones; but the transaction costs of operating those larger units and reaching actionable decisions within them need to be taken into account too. Many in Europe who take it for granted that bigger is better when it comes to Europe exerting geopolitical power likely also view contemporary US politics as systemically dysfunctional. Therein may lie the germ of a warning for Europe. There is also such a thing as countries punching above their weight.

How the “digital revolution”, creating a world of instant access to limitless amounts of information and facilitating ever-thickening global connectivity, plays into this also bears pondering. There is something quite “twentieth century” in seeing the world as inexorably moving towards coalescing regional blocs, when the “digital termites” seem to be eating away at the very institutional fabric of the nation state and information technology is increasingly rendering the notion of physical space and distance quaint.

Second, even if it is the case that the geopolitical imperative of the twenty-first century is for a small number of hegemons to exert outsized influence, does it necessarily make sense for the nations of Europe to aspire to become one of them, comparable to, alongside, and in large measure in competition with the US as well as with China? After all, Europe is part of “the West”, and major European nations are intricately bound up with the US, not just in terms of a shared history and heritage, but through such institutions as NATO, the G7, the OECD, the Bretton Woods institutions, and permanent membership of the United Nations Security Council. Focusing on fortifying these institutions and building joint capacity to deal with global challenges, and working with the US and other like-minded countries to that end, might be more fruitful than pursuing what could turn out to be pie-in-the-sky hegemonic ambitions.

Which brings me to the third point. Even if it does make sense for the countries of Europe to pool resources and cooperate more to leverage their economic and geopolitical weight in world affairs, is the current model of pursuing “ever closer union” through the European Union the best, or even a good, way of doing that?

Over its near seven decade evolution, treaty change by treaty change, the EU has concentrated more and more bureaucratic and political power in “Brussels”, and increasingly has taken on the mantle of a prescriptive, administrative state, and one with a palpable democratic deficit. That enough UK citizens see it that way is one reason Brexit happened.

Rather than become a powerful player on the global stage, the EU, on its current course, is in danger of becoming a dysfunctional politico-bureaucracy, unable to muster the necessary electoral support to pool more sovereignty, but too glued together and rule-bound to reinvent itself into a more flexible, pragmatic and effective form.

The EU must recognize that Brexit stands to be a gamechanger for it, and, if mishandled, not a good one. The EU may have gone from 28 to 27 member states, but in terms of economic weight, it is as if it has gone to ten.

If the EU27 and the UK were to approach the process of agreeing on their future relationship in the right (constructive, wide-minded, win-win-seeking) way, Brexit need not be a setback when it comes to Europe (using that term to include the UK) playing a larger and more influential role in world affairs. But if the EU continues to adopt the kind of narrow, inflexible, bureaucratic and defensive approach that it has to date, that outcome will be almost guaranteed.

For its part, the UK should seek to reassure the EU27 that, while Brexit means it is withdrawing from the political structures of the EU and is repatriating sovereignty, it is not leaving Europe; that it is pursuing a “Global Britain” strategy as part of Europe, not apart from it.  When it comes to Europe’s future place in the world, much hinges on whether the UK can exhibit such a level of maturity and stay above the tactical fray, and whether the EU27 now embraces Brexit as an opportunity rather than as a threat.

Paul Sheard is an economist, and a Senior Fellow at the Harvard Kennedy School’s Mossavar-Rahmani Center for Business and Government. He was formerly Vice Chairman of S&P Global, and has held other senior positions in Tokyo and New York.