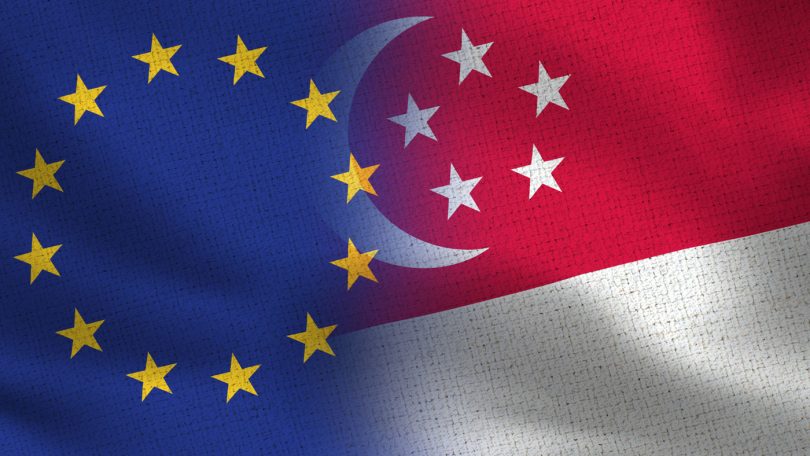 Our future would be much brighter outside the EU’s protectionist orbit where we can exploit our own great comparative advantages. Sadly, our corporatist Prime Minister and the vast majority of unimaginative risk-averse managerialist parliamentarians are not capable of seeing this.

I recently visited Singapore for the first time and I was amazed by what I saw.  This is a country that has grown itself out of poverty by embracing free trade.  In 1960, its per capita GDP (Gross Domestic Product) was below $3,500. It is now above $55,000, almost 4.5 times the world average.

Singaporeans are proud of their country and their independence. There is no litter, no begging and no graffiti. Their social housing is world class, as is their transport infrastructure and schooling.  There was no sign of those sweatshops producing cheap goods that used to be part of Singapore’s traditional reputation.

Singapore has also retained what was best from its colonial past: the English language and an administration and legal system passed down by what was then the finest civil service in the world.

And what did I return to? A country with an establishment elite that is openly contemptuous of its people and with a civil service actively conspiring with the European Union to subvert the decision of the British people to leave the protectionist racket that it has become.

What has the EU done for us?  In 1960, our per capita GDP was around $14,000, four times that of Singapore. It is now just three-quarters as big at $42,500.  And the consequences are visible to everyone: from the sink council estates and schools to the collapsing transport and health systems.  The EU has done very little for most of us.

I asked the Singaporeans whether they were concerned that they did not use the EU’s common rulebook for goods nor have full regulatory alignment with the single market and so were denied ‘access’.  I was not surprised to find that they weren’t concerned at all and were more than happy with their own product standards.  Similarly, they enjoy excellent access to EU goods markets simply by meeting the EU’s standards for imports; in this they are just like all non-EU countries supplying the EU, many of whose trade growth with the EU has been more rapid in recent years than the EU’s own internal trade growth.

Thus, it is no surprise to discover that Singapore has become the third largest financial hub in the world.  Just think of it: a small island off a large continent within just 50 years of its independence is now just behind London and New York and ahead of Hong Kong, Tokyo and Shanghai in terms of the financial services business it does. And Singapore is not even applying to join the EU – the audacity of these people!

How did it start?  As with all the best free trade stories, Singapore exploited its comparative advantages. It all began in 1819, when Stamford Raffles of the East India Company landed on the island and recognised its potential as a trading port. The trade and shipping of goods soon created a need for finance and insurance. This encouraged banking and insurance companies to set up branches. Shortly after independence in 1965, Singapore took advantage of its time zone and filled the gap in trading hours by helping to create the Asian Dollar Market in 1968. This, in turn, helped the development of more general debt and equity capital markets and associated with that came wealth management, with asset owners confident enough in the trust and legal framework inherited from the British to invest S$2.5 trillion.  Later, it became a regional gateway for supporting the growing trade and investment flows between China and the rest of the world. Most recently, Singapore has become a major centre for fintech and blockchain technology and for trading crypto-currencies.

Further, while Singapore is theoretically an island, it is connected to Malaysia by a causeway and bridge. Yet, this has not prevented it from pursuing its free trade policies, any more than the land border between Northern Ireland and the Republic should prevent the UK from following its own free trade policies after Brexit.

So the lesson of Singapore is to successfully exploit your comparative advantage and success will bring more success. And this is what the hundreds of banks, insurance companies and wealth managers are doing in Raffles Place, Singapore’s financial district.  You can see the names of these institutions hanging from the gleaming steel and glass buildings that house them. They are more than happy to grow their businesses on the back of Singapore’s free trade spirit.

But then something very curious strikes you. These very same institutions also operate in the UK. But here many have become the whiners who question whether London will actually survive Brexit and predict a ‘flight to safety’ in these ‘uncertain times’ to Frankfurt and Paris.  Here’s a typical headline that their scaremongering generates: ‘London’s Fight to Remain a Financial Hub After Brexit’.

To avoid a ‘cliff edge’ on the 9 per cent of their revenue currently derived using ‘passporting’, these institutions claim London needs to remain closely aligned to the EU’s mountain of incomprehensible regulations  –  such as MiFID II, MiFIR, CRD IV, Solvency II, IID, AIFMD, UCITS V, PSD II, EMIR, CSDR,  MAR  and all the other 80,000 rules and regulations the EU has introduced since it was established.  Putatively there to protect consumers, their real purpose is to make it difficult for new entrants to compete.

The EU’s hostility to genuine competition

The EU has waded in on the back of this, revealing – indeed revelling in – its undisguised hostility to genuine competition by saying that it will reject the UK’s offer of ‘mutual recognition’ of each other’s regulations. This would have allowed financial institutions based in London to continue providing services to their customers in the EU with minimal disruption.  Instead, the EU will only offer regulatory ‘equivalence’, where it decides which UK regulations are sufficiently close to its own and also when equivalence can be withdrawn. Further, some financial services – such as deposit-taking and lending – are excluded.  Other areas where the EU could cause difficulties for London are cross-border bookings (where transactions conducted by UK-based banks in the EU are routed back to London using back-to-back trades), clearing euro-denominated derivatives, delegation (where funds sold in the EU can be managed elsewhere), and the continuity of existing contracts, especially the trillions of dollars of derivatives contracts.

The UK’s alternative proposal – outlined in the White Paper on the future relationship with the EU – is ‘enhanced equivalence’, first put forward by Barney Reynolds of Shearman & Sterling.  The proposal, if implemented, would permit the UK and EU to regulate their separate markets safely and allow local regulatory supervisory decision-making. It would also permit different approaches to the drafting and interpretation of regulations. In order to work, equivalence needs to be defined at a high level to ensure neither party is a rule-taker. The procedures need to be crafted to ensure certainty and flexibility. An independent tribunal would oversee the procedural aspects of the deal. As Reynolds points out, these measures are easily implementable and very sensible.

However, it is clear from the Withdrawal Agreement signed on 25 November 2018 that the EU has rejected this proposal on the grounds that, in order to preserve the ‘integrity of the single market’, it does not ‘outsource its regulatory competences’.  Michel Barnier said that the proposal would violate the principle that access rights to the EU’s financial services market are a ‘gift from Brussels that can be withdrawn freely’.

In that case, the UK, recognising that EU individuals, corporates, and sovereigns depend on six times more financial services trade transacted in the UK than the other way round – making the EU the very junior partner in this relationship, despite Barnier’s pomposity – should go it alone and adopt the global financial hub model, also proposed by Barney Reynolds. In other words, the City of London should take a leaf out of Singapore’s book – or more accurately take back the leaf that Singapore originally took from us – and pursue a future outside the protectionist orbit of the EU by exploiting the UK’s own great comparative advantages: financial regulations that are either superior to those in the EU or set at a global level; the strongest protection for creditors and shareholders in Europe; Europe’s most flexible labour market; the second most innovative country in the world, according to the Global Innovation Index, particularly in financial services and the digital economy; second behind the US in global soft power; the best universities in Europe for economics and finance education; and the advantage of the English language, the global language of finance, business, accounting and academia, which is spoken at a useful level by 1.75 billion people.

But the great take-away from my visit to Singapore is that many of those global financial institutions operating in Singapore’s ultra competitive market actually prefer doing business in the EU, since they can successfully lobby Brussels for more and more regulations designed to raise barriers to competition. They could not do this in Singapore.

…and say no to EU ‘vassalage, satrapy and colonial status’

This whining over Brexit really does need to be exposed for what it is. Singapore gained its independence just over half a century ago. We should not be willing to settle for ‘vassalage, satrapy and colonial status’ – in the words of Boris Johnson – just to please those complacent and protectionist institutions in the City of London and elsewhere in the economy. Sadly, this is precisely the future relationship with the EU that our corporatist Prime Minister and the vast majority of unimaginative risk-averse managerialist parliamentarians appear to be happy to accept. But Singaporeans wouldn’t tolerate it for one minute and neither should we.

This is an updated version of an article that originally appeared in the Daily Telegraph.