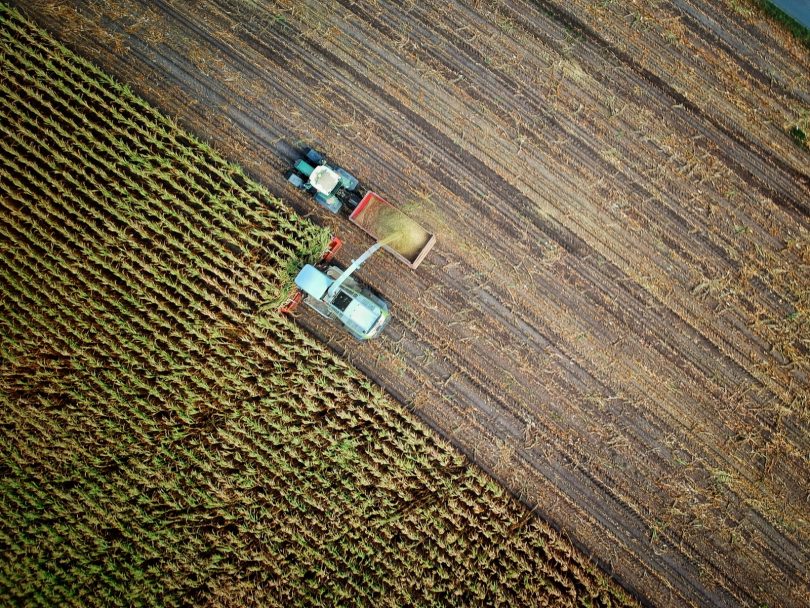 In his personal account of a lifetime in agriculture and land management, Nicholas Davie-Thornhill outlines the pressures upon modern farming and argues for a continuing regime of subsidies to private farmers.

Editor’s note:  The author of this article wrote to me some weeks ago politely reproving me for criticising the Common Agricultural Policy, and expressing the fear that schemes to replace it risked being even more bureaucratic.  I invited him to use his long experience both as “a serious farmer and a sincere ecologist” to suggest what was needed now.

British Agriculture is facing three challenges today. Firstly the end of the CAP which gave all landowners and/or tenants a guaranteed income. Secondly the ecological restraint seeing re-wilding as a solution. Thirdly the demand for public access to land. These three often conflict with each other. I have been actively involved in farming for 64 years (ie: since 1958). That year I left Merton College, Oxford with a degree in Law and a recommendation to go to the Chancery Bar.

I did not want to pursue the Law and had a great affection for the family Estate in Derbyshire which we have owned for over 400 years and which was clearly in trouble. I asked my father to give me a tenancy of 150 acres. I took this together with twenty four cows, two old tractors and two reasonably skilled men. The rent was £3 an acre, wages were £6 a week, a lamb was worth £5, a cow £100 and wheat was 18 shillings a ton. It was a very different world. Hand-milking was still a recent memory and then ten cows was about the most one man could milk hence the farms were small – about one hundred acres. Twenty cows was a biggish herd and milking each end of the day left about six hours in the middle of the day for dry stone walling, hedging and general maintenance. Their day started at 6am in Summer with rounding up the cows, milking them, preparing the churns of milk for collection and then returning the herd to their pasture. Breakfast would be between 8am to 9am. From 9am to 12midday would be working in the fields and after an hour’s lunch break from 1pm to 4pm they would return to work on the land, after which the milking cycle would be repeated. Their day finished around 6pm after which they had their main meal at home and then an early bed. This routine lasted seven days of the week but time would be taken off to go to the local market and possibly sharing a chat with a neighbouring farmer. Holidays were often taken separately between husband and wife so the responsibilities at work were covered.

This Estate had forty-four tenanted dairy farms, many of them of very long standing (100 years plus) and this level of occupancy maintained the countryside well. Earlier my Father had built ‘shippons’ (cowsheds) of various sizes on all forty-four farms which left the Estate about 30% in debt, the interest taking a big proportion of the rents. At that time I could employ two men on one hundred and fifty acres and show a small profit but I could see this could not last and a change was inevitable. Over the next ten years as farms fell vacant I retained four of them housing four worker-managers and thus increased the farmed acreage to fifteen hundred acres. I had the difficult and unpleasant job of explaining to aspiring tenants that it was not sensible to keep the farms intact in the future as they would not provide them with a living. John Silkin’s ill-thought out Act (1976) giving tenants the right of inheritance was a foolish move. Economy of scale is the only way to counter costs rising much faster than prices. This Estate now has four farms on a similar acreage and only one of these is a dairy farm. The others concentrate on beef and sheep. Profits are low (approximately £30,000 p.a) and the cost of maintaining the countryside is unaffordable.

The CAP paid approximately £80 an acre, the average rent is about £70 an acre thus it can be seen these farms will not survive even at a nil rent. It is difficult to envisage their future without higher prices, as demand for lamb and beef is likely to fall and I do not see a solution without State help (I suggest £80 per acre). Without an annual cash injection most farmers, who of necessity have overdrafts, would find the Banks were unwilling to increase these thus driving them out of business.

By mid-1960 I had become a serious farmer and a sincere ecologist. I gave up hunting when I was twenty-five as an unwelcome distraction and cost. I later gave up shooting on both moral and financial grounds and ceased to eat red meat hence my worry about livestock farming.
There is on this Estate a small Moor of about 300 acres. In the 19th Century it was planted with Scots Pine and these were felled for trench timber in the 1914-18 war and not replanted. The Moor grows heather and bilberries and is of considerable archeological interest with many stone circles and burial grounds. It is a scheduled ancient monument under the supposed care of English Heritage. The Moor has twice burnt badly — once in the 1940’s and again in the 1950’s since when the heather has grown very well together with the bilberries. Over the last seventy years birch trees have moved in and cover about a quarter of the Moor and sizeable clumps of bracken and rhododendron ponticum have also invaded. My attempts to let nature take its course have not been particularly successful. The whole Estate is in the Peak District National Park. In the early days I found the Park officials quite helpful and they paid me a small sum to restrict the sheep numbers grazing on the Moor. In recent years this help has lapsed and turned into unwelcome pressure. They do not like the intrusion of bracken, rhododendron ponticum or birch and pay us derisory sums to remove these. Re-wilding is expensive if nature is controlled and will leave the land impenetrable if it is not. The indigenous growth around here is thorn scrub and this takes over very quickly with birds spreading the seed. It can easily be imagined how impenetrable this thorn forest would become.

My preferred solution on this Estate would be an acreage payment similar to the CAP on every acre farmed. I would suggest a similar (or larger) payment for access land, whether this is ‘right to roam’ land or land voluntarily opened up to access, with the understanding it should be kept in good condition by the owner. In addition, should the owner wish to restrict access to some of his land e.g. paddocks, gardens, parks etc. these would remain fully private but would attract no acreage payment.

I will move on to 1970 when I decided I would like to do more arable farming. I purchased a run-down fifteen hundred acre Estate in north Suffolk. At that time good grants were paid for hedge removal and woodland clearance and I took full advantage of these. Over twenty years I mechanised the farm with the most up to date machinery, reduced the labour from seven men to three through natural wastage. For twenty-five years it was efficient and profitable with high guaranteed prices encouraging productivity. My elder son who has run this farm since 1995 is very environmentally conscious and in the two valleys (sources of the river Ouse) he has either planted willow, made fishing lakes or encouraged meadowland in accordance with his Stewardship Scheme. Over the last twenty-five year the profitability has dropped sharply – my son employs no regular labour and has all the work done by contractors. In my opinion the farm now looks untidy. The solution to this Suffolk Estate would be more permanent environmental payments (my son tells me they are now quite good but have a finite life) and consistently higher prices for crops. At the moment arable prices are very volatile being governed by the uncertain nature of farming due to unpredictable weather patterns worldwide.

Since 1990 my third experience is with a two thousand four hundred acre Estate in mid-Lincolnshire which was formerly part of a larger property owned by the Finch-Hatton family and until recently by Postel (Post Office Pension Fund). It had good oak woodlands spread over four hundred acres which were cut down and replanted by a contractor on the orders of Postel. For family reasons I employed a farming company to run the farm but for the last few years they were unable to show a profit even with the acreage payment. I am now taking the management back in hand and will give my twenty-one year-old grandson the decision about the future of this Estate. He has done a short course at Cirencester and I have encouraged him to look after the woodlands which need thinning. Currently he is mid-term at Exeter University reading Geography but he tells me he has encountered problems obtaining felling licences from the Forestry Commission. Too much bureaucracy together with Covid. This farm is being equipped with the latest machinery and will benefit from the best technical advice. My information is that timber prices are higher than they were and commodity prices have similarly improved. If these prices can be maintained there would be no need for Government support. However internal commodity prices in China are double our own and they import huge quantities from America, Brazil etc. Russia is also putting a tax on exported wheat which keeps world values higher. In addition climate change is making our weather ever more uncertain making seed sowing and harvesting more difficult. It appears that the last one hundred and fifty years of huge American surpluses could be coming to an end.

My experience with the mid-tier Stewardship Scheme in Lincolnshire is that the officials do not relate to the occupier. During their necessary inspection the officials praised the farm manager but made no further comments for six months. At the end of this they produced a long list of pernickety discrepancies such as minor infringement of boundaries and mis-interpretation of other matters. After many months of negotiation all the penalties (originally 50% of the original grant) were removed. I was appalled at the waste of my Manager’s time and the costs of the official’s visit. Half a day’s discussion with the Farm Manager at the end of their inspection would be far cheaper and more effective. This experience has convinced me that official inspections should be immediate, carefully discussed with the occupier and decisions swiftly reached.

To sum up there is no single solution to the problems of farming. It is much too complicated and regionally varied to be left to civil servants. The best solution is private land ownership where the experienced owner bears a considerable responsibility as well as coming under the observation of his neighbours. What is needed is a combination of acreage payments for disadvantaged land (poor upland and hilly land) and a trade policy that encourages all our home produced high quality commodities (e.g.: cereals, oil seed, dairy, beef, lamb and vegetables) so that British agriculture can thrive.

I would just like to round off by saying care of agriculture, both for the home market and for export, makes excellent sense. Allowing cheap substandard imports does no one any good.