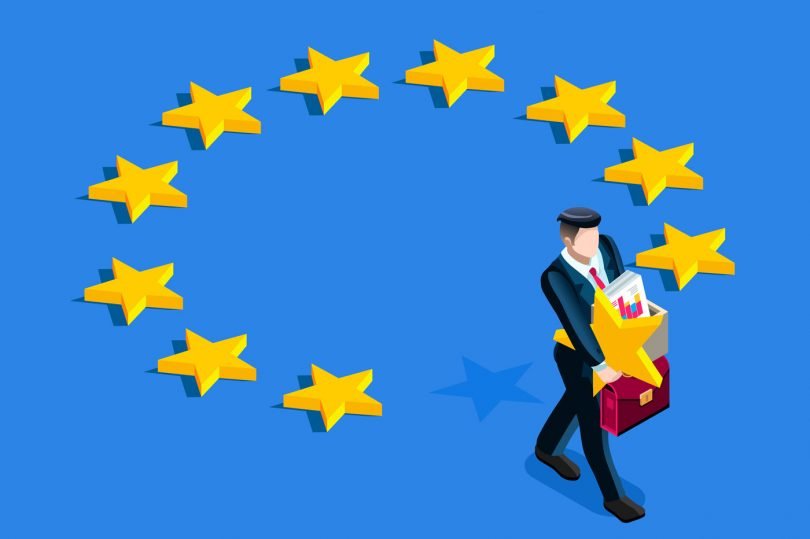 Theresa May’s attempt to rescue the Withdrawal Agreement will almost certainly fail. As March 29th draws near both she and Brussels will need to accept a series of smaller agreements to ensure a smooth departure from the EU

Now that the Prime Minister’s Withdrawal Agreement has been decisively rejected by Parliament, the challenge, as Theresa May noted after winning the no confidence vote, is to find an alternative way forward. In truth, the fall of the Agreement is less important for the UK than widely assumed. It did not pin down any long-term trade arrangements. Even in the short term, the main gain to the UK was a transition period which now looks less essential than was the case when it was first mooted over a year ago. It is true that there is now a possibility of tariffs from March 30th but these tariffs are mostly small and in any case the EU has stronger reasons for avoiding them than does the UK. The EU exports £54.6 billion of high tariff goods to the UK (animals, meat dairy products and road vehicles) compared to £21.1 billion of UK exports of these goods to the EU. This equates to 1% of UK GDP and 0.5% of the GDP of the main EU exporters to the UK.

Such has been Mrs May’s apparent unwillingness to consult more widely that there is no known plan B. As we expected she will instead plough on with her attempts to get Brussels to tone down the backstop so that she can try to get an amended Withdrawal Agreement through Parliament.

The Withdrawal Agreement contained positive and uncontroversial features but also included fatal flaws. Right from the start – in the December 2017 Joint Report from the negotiators of the EU and the UK Government – there were ambiguities and contradictions. Only when the Withdrawal Agreement was signed last November did it become clear what the PM’s strategy had been all along. Her promise to honour the 2016 referendum result extended only as far as legally leaving the EU in March 2019 with control on migration from the EU reverting to the UK. In almost every other respect, the UK was to remain close to the EU, within a customs union and with close alignment to EU regulations. This closeness satisfied the wish of most UK companies for minimal change in trading arrangements and went a long way towards satisfying the EU and Irish Government on the avoidance of a hard border in Ireland.

Unfortunately, the Withdrawal Agreement has fatal flaws. Firstly, the two to four-year transition period kept the UK bound to all EU rules but without any representation in making those rules. Secondly the so-called ‘backstop’ arrangements to supersede the transition period kept the whole UK in a customs union but Northern Ireland additionally retained many of the EU’s single market rules. The anomalous position of Northern Ireland would lead to increasing regulatory divergence over time and hence customs checks at the Irish Sea, and was anathema to the DUP. These arrangements also undermined and contravened the Good Friday Agreement which had devolved to the NI Assembly powers that were now to be exercised by the EU. Thirdly, no clear long-term trade deal was agreed despite the large payment of around £39 billion to the EU. In addition, claims that the UK was to leave the CAP and Common Fisheries policies were less than clear. In particular, the backstop gave the EU much control over agriculture in Northern Ireland and via state aid constraints also in Great Britain.

The PM’s claim that the backstop iss a temporary insurance policy unlikely to be used was irrelevant, since any future agreement with the EU to replace the backstop was bound to have features similar to the backstop itself. There was little prospect that the Irish Government would settle for any new agreement which would mean giving up the major gains secured in the Withdrawal Agreement. The latter meant that Northern Ireland could increasingly become a semi-detached part of the UK unless Great Britain permanently remained in line with all existing and new EU regulations. The claim that the EU had conceded too much in an ongoing customs arrangement and would wish to negotiate a replacement to the backstop was also unlikely to result in a better deal for the UK.

The Withdrawal Agreement secures a key aim of the EU, which is to limit the scope for the UK to become more economically competitive than the rest of the EU. Already with its own currency, a UK able to set its own tariffs and regulations could become a competitive threat to the EU. For this reason, there is advantage in the EU attempting to tie the UK into the EU’s common tariff arrangements and close to EU regulations for goods, labour, environment and state aids as was done in the now rejected Withdrawal Agreement.

Theresa May is most unlikely to secure changes to the WA sufficient to convince a majority in parliament. and will eventually have to adopt a completely new approach. Her attempt at cross-party compromise via a deal with the Labour Party has failed as Jeremy Corbyn set a pre-condition which he knew the PM could not accept.  As a brexiteer himself he continues to play for time to keep his ‘second referendum’ MPs at bay.  The EU might have been willing to amend the Political Declaration to go along with Labour’s formal customs union plan but now seem unlikely to get the chance to do so.

Theresa May’s single-focus way forward will use up more time but eventually she will have to drop the WA as a dead duck and proceed with a combination of lesser agreements. Chief among these would be to take up the Tusk offer (repeated last October) of a free-trade agreement and to clarify in the Political Declaration that this is the UK’s preferred option. More immediately, the UK could confirm a series of side deal offers already made by the EU on aircraft landing rights, air safety certification and road transport licenses. Further side deals would also be needed but many of these are already in preparation. If the new HMRC customs arrangements are not fully online, an extension of the Article 50 withdrawal period could be sought for a few months.

Either way, the Irish backstop would remain an obstacle to EU compliance with UK preferences. As we have written the avoidance of new physical infrastructure at the border is easily achieved. The evidence of Hans Maessen to the NI select Committee last October makes it clear that the application of existing arrangements within the EU’s Common Transit Convention (of which the UK is now a member) can avoid the need for border checks of any sort.

The letter sent to the Prime Minister this week by Donald Tusk and Jean-Claude Juncker gave some comfort that such arrangements might at least be discussed. The letter stated: ‘Given our joint commitment to using best endeavours to conclude before the end of 2020 a subsequent agreement which supersedes the Protocol in whole or in part, the Commission is determined to give priority in our work programme to the discussion of proposals that might replace the backstop with alternative arrangements. In this context facilitative arrangements and technologies will be considered’. None of this is of course legally binding and one might ask why if this can be done now why it had been impossible over the last two years (in which such an approach was described by Juncker as ‘magical thinking’).

Nonetheless, there is the possibility of movement on this front. The letter also asserts that there is nothing in the Protocol (backstop) which contradicts the Good Friday Agreement, but this cannot be the case given that agriculture is a devolved matter under the 1998 Northern Ireland Act which implements the GFA, and hence powers over agriculture cannot be transferred to the EU. Such undermining of the GFA is another reason for revising the backstop. Whatever the eventual arrangements there is a case for following the suggestion of Martin Wolf and moving discussion of the backstop into the post-Brexit trade talks.

Although time is short, there is little need for much more than a free trade agreement and sensible side deals conferring equal advantage to both sides. Outside a customs union, some border checks will be needed but since modern procedure involves electronic customs clearing and only risk-led checks there is little here to prevent firms from continuing the business in much the same way as at present.

Brussels will continue to assert for a few weeks yet that the WA is its only offer, but it seems a safe bet that as March 29th approaches the EU will agree a series of measures to avoid the imposition of tariffs, to avoid a hard border in Ireland and to get its money. In truth little is needed that is has not already been offered. As long as an intention to negotiate a free-trade agreement is announced, WTO rules will allow the UK and EU to continue temporarily with tariff-free trade. There is thus little need for the transition period which was the real reason for the UK offering the backstop. The UK can then slide out of the EU with few of the difficulties that Remainers have proclaimed so loudly.