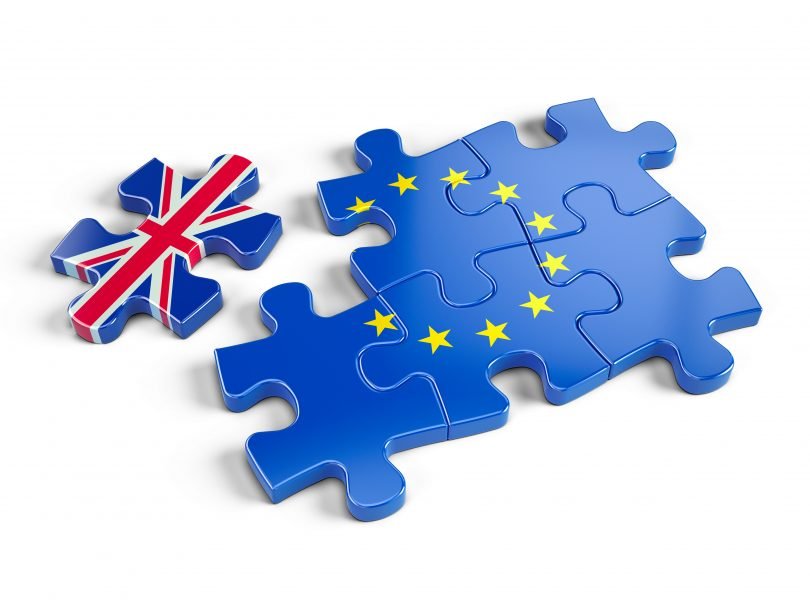 The EU has become a lumbering monolith like Imperial China of old. BREXIT is not then the reactionary response of a conservative nation but a measured reaction to a modern world in which smaller states can thrive.

The development of the European Community into the European Union has upended centuries of British foreign policy. British leaders traditionally worked to keep continental Europe divided into separate states as they believed that this was vital to Britain’s independence. The threat came from aggressive empires led by ambitious monarchs like Louis XIV, Napoleon or Kaiser William.

Looking back, we can see that Britain’s policy had unintended advantages for the whole continent. Whereas the lumbering Chinese Empire failed to make full use of its many technical inventions like the compass, the Italians were the most economically progressive European countries in late Medieval times, then the baton passed to the Netherlands, Britain and Germany. Whereas Chinese explorers ventured as far as Madagascar and then retired, it was Portugal which supported the first great explorers who changed the course of history. They were followed by the Spanish, Dutch and English. Governments anywhere may have policies which encourage or discourage enterprise and exploration but with multiple states it is more likely that, when some adopt policies which stifle enterprise, others will remain innovative.

Of course, it was for their own safety that successive British governments sought to preserve the balance of power. It was not primarily to keep the peace, indeed it often led to war. It involved the preservation of the independence of small and weak states in crucial strategic positions. The ‘Low Countries’ had to be defended from falling into the hands of the French and others who could make them the base for an invasion of Britain. The weakened Turkey of the 19th Century had to be preserved by the Crimean War otherwise the Russians would expand to the Mediterranean and threaten Britain’s maritime position in that region. Typically, it was the German invasion of Belgium and Luxembourg in 1914 which united the British public against Germany. Again, it was the Nazi invasion of Poland in September 1939 which led to the Anglo-French declaration of war.

The principle of defending the independence of small states became more difficult to support in the 19th Century when it collided with the principle of nationalism. Was the unification of Italy and Germany an achievement by intrepid nationalists or a threat because it swept away historic states? The leaders of Italian unification, Garibaldi and Cavour, were popular heroes in Britain. But the unification of Germany in 1866 and 1871 was greeted with less rejoicing because, however popular it might be amongst German speakers, it was brought about by nothing but Prussia’s military strength and it was clearly a threat to the balance of power. British opinion was divided and the country stood aside.

After 1945 the Common Market and its successors represented a similar intellectual challenge to traditional British policy because it was not like the expansion of an over-mighty empire but a voluntary renunciation of sovereignty by small and medium-sized states. Confused again the British watched as they had in the 19th Century because the members of the Market were committed, according to the preamble to the Treaty of Rome, ‘to an ever closer union’. In the words of Lord Strang, the Permanent Under- Secretary at the Foreign Office from 1949 to 1953, ‘it is hard to expect [the House of Commons] would consent to remit a whole range of future decisions intimately affecting the economic and social life of Great Britain to be taken by a majority of continental nations against the British vote’.

In the late 1940s and early 1950s, whatever their economic difficulties, the British were buoyed by their victory in the Second World War and by their feeling that, in Strang’s understated words, the French and Germans were ‘historically less stable regimes’. So European leaders were left to continue with their project. But, in the modern world success was to be measured by the growth of the national product and economic vitality. The GNP of Britain’s continental neighbours grew more quickly than Britain’s in the 1950s and 1960s raising the possibility that Germany might once again become a threat to Western Europe’s stability. We can now see that the European success was a temporary phase as it recovered from the war and drew workers from the countryside and into the cities. But those like Edward Heath, the Prime Minister who took Britain into the EU, hoped that, apart from the economic benefits of membership, Germany could be so bound into the EU that it could never again threaten Europe’s peace.

Paradoxically, in the post 1945 world, while Europe was moving towards federation, small independent states had potentially more influence than they had ever had before.In previous periods, they had generally been the objects rather than the subjects of history. If their citizens wanted to change the course of events they had to work for the government of a greater power; Metternich, the statesman who dominated Austrian policy and much of the European political scene from the Napoleonic Wars to the mid-19th Century, was born in Coblenz in Germany; Capo d’Istria, who became Russian Secretary of State at the beginning of that period, was born in Corfu and, of course, notoriously Adolf Hitler was from Linz in Austria.

After 1945 because of the proliferation of international institutions and conferences and the development of the media, statesmen representing small countries could sometimes have disproportionate influence. The first proper Secretary General of the UN was the Norwegian Trygvie Lie and, until the Korean, Ban Ki-Moon became Secretary General in 2007, his successors have been from the less powerful states. Because of its reputation as a mediator and facilitator it was to Norway that Sri Lankan leaders turned in 2001 rather than to one of the great powers when they sought a diplomatic solution to the Tamil Tiger insurgency that had been tearing their country apart since 1983. It was the ‘Oslo Agreement’ facilitated by the Norwegian Foreign Minister, Johan Holst which seemed for just a moment in 1993 to have produced a settlement between the Palestinians and the Israelis.

In other cases, influential politicians from states of similar size or even smaller have had a major effect on international affairs. In 1967 Malta’s government helped initiate the Law of the Sea Conference. This culminated in the pivotal 1982 Convention on maritime boundaries and exploitation of marine resources.  Similarly,  the Irish Foreign Minister, Frank Aiken called in a speech to the UN General Assembly in September 1959 for a club of non-nuclear nations who would agree ‘not to manufacture or acquire nuclear weapons or other weapons of blitzkrieg or mass destruction’. Presciently, given the debates since the 9/11 attack on the Twin Towers, Aiken was influenced by his previous experience as a member of the IRA and feared that terrorists would acquire nuclear weapons. His initiative had to overcome resistance from NATO which hoped to discourage nuclear proliferation by sharing control over some of the United States’ nuclear forces. But Aiken’s initiative led eventually to the negotiation of the Non-Proliferation Treaty, arguably the most important arms control agreement since the Second World War. Fittingly, Aiken, who still Foreign Minister, was the first statesman to sign the Treaty in Moscow in 1968.

When the seeds of the EU were planted at the end of the War the conventional wisdom was that the future belonged to continent-sized powers like the United States and Soviet Union. Small states could neither defend themselves nor enrich their citizens. But such projections were wrong; for decades the governments of the Soviet Union and China were politically and economically disastrous while, protected by the international system established by the United States after 1945, the world has come to teem with small states liberated from the imperial powers. Small countries can be easier to govern than larger ones and, in some cases, such as Singapore, Taiwan, Luxemburg and Norway, they have become stable and wealthy. A number have played an important part in international affairs and shown that a basic premise on which the EU was founded was false.

Influenced by the assumptions and fears prevalent in 1945 Jean Monnet and the EU’s other founders believed that the continent could be united by agreements on trade which would gradually lead to a political union able to ‘stand up’ to the US and Soviet Union. In strategic terms it has failed to do so. As Donald Trump frequently and loudly reminds European leaders, the continent is still dependent on the United States for its defence. What the EU has done is focus its members on Europe rather than developments elsewhere.

This is particularly constraining on the smaller members with limited diplomatic services. European leaders and their foreign ministries spend much of their time struggling to coordinate their policies. Even sympathetic politicians from Lord Carrington to Tony Blair have grumbled in their memoirs about the EU’s bureaucratic and time-consuming structure and the efforts it wastes.  Jack Straw talked about ‘its irritations, frustrations and pomposities’ while Tony Blair said just one set of ‘negotiations involved hours, days.. and weeks of painstaking discussion.’  Treaties which in the past decided the fate of nations covered only a few pages while the EU’s turgid texts occupy whole books. Much of this effort would be better expended in other ways.

In sum, Europe’s divisions have historically been a source of its vitality not weakness. Contrary to the conventional wisdom of the 1940s, small states have continued to thrive in the post-war world and have sometimes benefitted world affairs. The EU has not become a unit to compete strategically with the US, Russia and China. Instead it has become an inward-looking consumer of diplomatic skills and, in terms of external relations, though for different reasons, a lumbering monolith like Imperial China. Brexit is not then the reactionary response of a conservative nation but a measured reaction to the modern world.