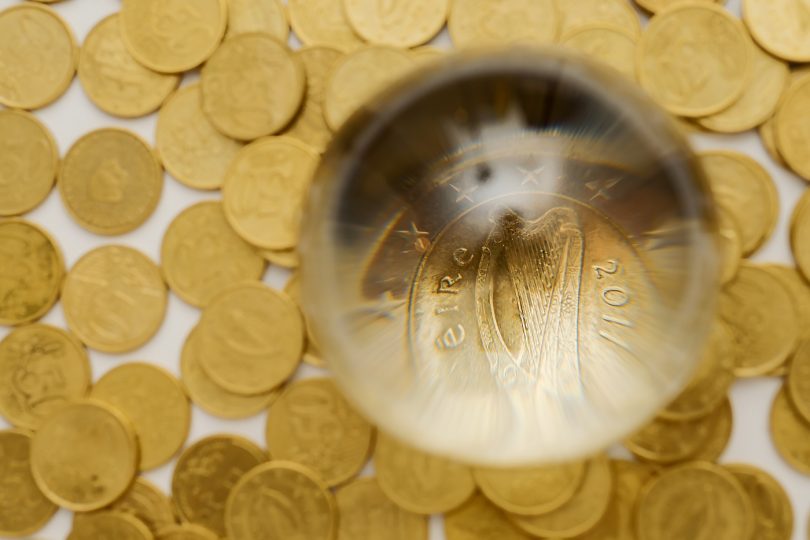 Like other parts of the UK Northern Ireland’s living standards have been sustained through the pandemic by a high level of Treasury support. Being part of the UK economic union meant that the pandemic resulted in relatively little financial strain. Even though local taxes cover less than half of public spending the situation is stable and sustainable. Nor does it indicate that the private sector is especially weak.

Just before Christmas the UK Government released its figures for public spending for the year up to March 2021. These revealed a whopping £29 billion (£29 thousand million) spent in Northern Ireland – an unprecedented increase of nearly one third on the previous year. This amounts to a huge £15,000 for each person in NI, or £60,000 for a couple with two children. This spending includes the cost of all public services plus social security. Across the whole UK this would normally be financed mainly by taxation but NI has never generated much more than half the tax revenue needed to fund its public services. In the latest year tax revenues from NI amounted to only 40% of the cost of public services. The rest comes from taxpayers in GB, from Treasury borrowing, and in the Covid crisis by the Bank of England printing new money.

The main reason for this mighty uplift in spending in 2020/21 was of course Covid, including of course the UK government’s decisions on supporting the economy during the pandemic. The size and success of these policies has not been given its full credit. Especially in Northern Ireland there has not been sufficient recognition of how much we owe to our membership of a UK economic union which has been able to incur huge expenditure with minimal financial strain.

The truly massive increase in national UK-wide public spending (£230 billion) was accompanied by a fall in UK tax revenues (£32 billions) as the pandemic shrank the economy, and government borrowing soared to close to 100% of national income. In its efforts to prevent a general economic collapse and a catastrophic rise in unemployment, the Treasury spent £100 billion on employment schemes including furloughing, a similar amount on the NHS, and £20 billion on losses from its generous loans and loan guarantees to private firms. The measures have been a great success, with national output in late 2021 back to pre-pandemic (and pre-Brexit levels).

The extra spending is often described as ‘tax-payers money’ but this is not correct. There has been no increase in tax rates even if some rises are in the pipeline. The pandemic measures have been completely financed by rising indebtedness, but it is not debt that needs to be repaid by future generations or that requires interest payments. In fact, nearly all of the extra finance came from the Bank of England printing new money. Although the printing of money is the most mysterious aspect of economics, what happened is relatively clear. To bridge the gap between its soaring expenses and its shrinking revenues the Treasury issued new bonds to pension funds and others. At the same time the Bank of England bought an equivalent amount of bonds from the pension and insurance industry, paid for by newly printed money. The result is that around a quarter of government bonds are now owned by the Bank of England (which is itself a department of government) and on which the government pays no interest.

In this way Northern Ireland has been spared the enormous cost of financing the worst pandemic in living memory. A financially strong and independent UK allows Northern Ireland to carry on financially as though nothing untoward had happened. Nor is there a serious burden of debt to be repaid in future. My view is that the Treasury has handled the pandemic very successfully. Unemployment has hardly risen and relatively few firms gave gone bust.  Some economists worry that printing money leads to inflation (Zimbabwe is often mentioned) but this does not necessarily follow in a temporary crisis like a pandemic. Prices have risen due to pandemic-related shortages but these rises should ease soon.

Next year the Government’s financial situation should return to normal, but normal for NI means high spending on public services at 21% above the UK average per person. This generosity allows NI to spend more than other UK regions on key services like health, education, policing and housing. Most of the money comes as a lump sum for the NI Executive to spend as it wishes. Some decisions look decidedly odd. NI now spends less than almost any other region on economic development (except farming) or science and technology but much more than other regions on culture arts and leisure, in the latter case more even than London on a per head basis.

The largescale UK Treasury support for NI is viewed as a normal cost of maintaining the union. Support is also fairly lavish for other devolved regions although never as much as for NI. Within Northern Ireland the subsidy from GB taxpayers is a source of embarrassment and rarely discussed. It is seen as indicating a local economy too weak to pay its bills, but this not really correct. The economy is reasonably strong and grows, as expected, at about the UK average rate. However, with a traditionally high (mainly Catholic) birth rate, the population in NI expanded faster than in GB in the past. The consequence until recently was a serious shortage of jobs. Migration to GB kept the labour market in rough balance but unemployment rates were usually the highest in the UK. The national government responded by creating public sector jobs and fully funding the social security system. The Troubles increased this tendency and money poured in leading to rapid job creation.  As a result, NI had less out-migration and thus a larger population than would have been the case in the absence of the UK’s largesse.

In recent years with lower birth rates, out-migration has been reversed and more people come into NI each year than leave. Unemployment is now low, and living standards are quite close to the UK average not least because of the generosity of public spending but also because house prices are low. Nationalist commentators like to point to the public sector subsidies as a source of weakness but are perplexed because the high standard of public services undoubtedly persuades many Catholics to tell pollsters that they prefer the union to Irish unity. The strength of the UK economy means that this position is permanently sustainable and there is little or no political pressure to reduce the subsidies. Just the opposite in fact, since Tory economic policy is centred on levelling up living standards across the regions. The pandemic has shown again how important the UK financial union is, not least to Northern Ireland.