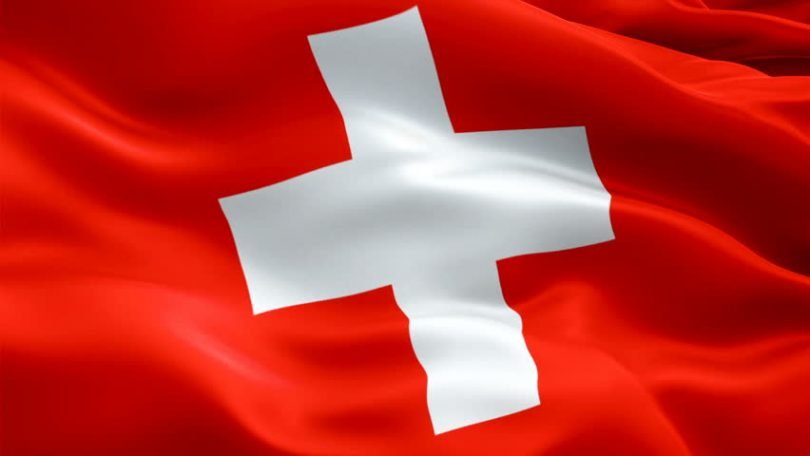 Professor Streeck argues that the UK and Switzerland share similarities in their adherence to democracy. Both countries, in their different ways, have developed varieties of democracy distinguished by a deep commitment to a sort of majoritarian popular sovereignty that requires national sovereignty. This makes it difficult for them to enter into external relations that constrain the collective will-formation of their citizenry.

Negotiations began in 2014 and were concluded four years later, but Swiss domestic opposition got in the way of ratification. In subsequent years Switzerland sought reassurance essentially on four issues: permission to continue state assistance to its large and flourishing small business sector; immigration and the right to limit it to workers rather than having to admit all citizens of EU member states; protection of the (high) wages in the globally very successful Swiss export industries; and the jurisdiction, claimed by the EU, of the Court of Justice of the European Union over legal disagreements on the interpretation of joint treaties. As no progress was made, the prevailing impression in Switzerland became that the framework agreement was in fact to be a domination agreement, and as such too close to EU membership, which the Swiss had rejected in a national referendum in 1992 when they voted against joining the European Economic Area.

There are interesting parallels with the UK and Brexit. Both countries, in their different ways, have developed varieties of democracy distinguished by a deep commitment to a sort of majoritarian popular sovereignty that requires national sovereignty. This makes it difficult for them to enter into external relations that constrain the collective will-formation of their citizenry. Britain of course partly solved this problem by becoming the centre of an empire, as opposed to being included in one, defending its national sovereignty by appropriating the national sovereignty of others; while Switzerland became forever neutral and ready to defend itself, as de Gaulle had put it for France, tous azimuts. Constitutionally, British popular sovereignty resides in a parliament that is not bound by a written constitution and can therefore decide everything with a simple majority, no two-thirds or other supermajority ever required. Also, there is no constitutional court that could get in Parliament’s way, nor can the second chamber, the House of Lords. That a supreme court like the EU Court of Justice should be entitled to overrule the British parliament was always fundamentally incompatible with the British idea of democracy-cum-sovereignty, and became a major source of British popular discontent with the EU, leading to Brexit and undoing Brentry. Similarly, that a foreign court with foreign judges should be allowed to overrule a majority of the Swiss people proved incompatible with the Swiss idea of democracy, standing in the way of Swentry and thereby making a future Swexit dispensable.

Obviously, Switzerland is much smaller than Britain, and its national parliament has almost nothing to say. Whereas Britain is a highly centralized state, notwithstanding half-hearted, asymmetrical faux-federal devolution of governmental powers to three quasi-states, Switzerland, with just 8.7 million inhabitants, is a confederation of 26 cantons which have original rights to self-government and a strong voice at the federal level. Moreover, in something like the extreme opposite of Westminster democracy, the Swiss federal government has since 1959 been an Allparteienregierung, including the four largest parties represented in the parliament, with the head of government rotating annually between them – which is why nobody knows the name of the Swiss Prime Minister. The terminus technicus for this is Konkordanzdemokratie (concordance democracy). The way popular democracy comes in is through the established practice of plebiscites on just about anything, at the communal, the cantonal and the national level, binding whatever government is in charge. Add to this the communal exercises in direct democracy where, in some cantons, even the local government budget is voted upon by a citizen assembly, and you get the flavour of the popular, indeed populist, nature of Swiss democracy: a strong anti-hierarchical political culture when it comes to collective affairs, a deep-rooted sense of popular autonomy and its value for a good political life, and an equally deep-rooted suspicion of everybody who claims to know what is in the interest of the Swiss people better than, in their democratic wisdom, the Swiss people themselves.

So where does the EU come in? In both countries, a weird coalition of export-oriented manufacturing industries and the new class of the liberal left, or left-liberals, is attracted by the EU, to remain or to enter, respectively. In Britain that coalition was joined by part of the trade union movement, which was hoping for protection from Brussels against an untamed Conservative parliamentary majority, for less than fully intelligible reasons in light of the dismal social policy performance of Brussels. In Switzerland, by comparison, and perhaps to the surprise of those fond of their anti-Swiss stereotypes, the unions, still operating on the basis of the 1937 Peace Agreement in the metal industry, had enough domestic power, industrial and political, to oppose entry to the EU which, as they rightly feared, would result in pressure on their – high – wages. This turned them into allies of the country’s well-organized and politically powerful small business sector, whose prosperity is protected by a state industrial policy – in EU jargon: ‘state aids’ – which would in large part be illegal under EU competition law.

Otherwise, in Switzerland as in the UK, the ‘European project’ is a favourite of left-liberals, with Swiss joiners sharing with British Remainers a profound suspicion of popular-majoritarian politics. The Swiss liberal left claim that Swiss democracy is too slow, too localist, too provincial – in other words, too Swiss – compared to EU institutions, which are protected against the vagaries of citizen participation and firmly in the hands of a university-educated, ‘cosmopolitan’ elite of experts. Obviously this overlooks that Swiss politics has produced one of the world’s best infrastructures, with a legendary public transportation system and some of the leading universities. It also enabled the country to undertake huge civil engineering projects of Europe-wide importance, like the Gotthard Base Tunnel, adopted by referendum and completed in time and within budget, as part of a railway connection from Rotterdam to Genova. While as European as possibly can be, the Swiss delivered the tunnel in international cooperation without any need for international hierarchy, only to discover that Germany’s part of the project, the railway route along the Rhine connecting the harbour of Rotterdam to the tunnel, is delayed by decades, EU membership notwithstanding.

If Swiss middle-class desire to be ruled by Brussels bureaucrats rather than their Swiss countrymen and women is more than a result of feelings of guilt for their national prosperity, or of an internalization of anti-Swiss sentiments that may easily be encountered everywhere in the world – then it probably has to do with the fact that plebiscitary-cum-confederal government allows for manifold niches and pockets of populist traditionalism, a kind of ‘diversity’ in sharp conflict with left-liberal ‘diverse’ values and lifestyles. Sometimes this can be quite embarrassing, for example when it took Switzerland until 1971, and in some cantons even longer, to extend the full franchise to women. Sentiments like those expressed by the Greens in Germany in the 1990s, in their slogan, ‘Dear foreigners, do not leave us alone with the Germans’, are widely present in parts of Swiss society today, especially in the cultural sector. Indeed, an astonishing number of Swiss cultural workers have emigrated to bohemian places like Berlin, where unlike Zurich no-holds-barred night-clubs can be found, in an effort to escape from the perceived puritan narrowness and even xenophobia of their home country – a home country, of course, with about 1.5 million foreign workers in all sectors of an economy employing 4.2 million, including no less than 340,000 daily commuters from Germany, France and Italy.

In Brussels, the Swiss dossier resides in the portfolio of Ursula von der Leyen, President of the Commission, who has inherited it from her predecessor, the now forgotten Jean-Claude Juncker. Her failure to make Switzerland capitulate weakens her position further, by once more laying bare the fault lines of the one-size-fits-all ‘ever closer union’. Pressured by imperial-centralist hardliners in the EU Parliament – and, one should assume, by the German and French national governments – the Commission is now threatening Switzerland with retaliation. Many of the existing treaties between the EU and Switzerland will be running out in coming years and will have to be renewed; others will need to be updated. The Swiss are told by the European bureaucracy that without the Framework Agreement this will be difficult and sometimes impossible, which would cost them dear. Less diplomatically, integrationists, frustrated by the Swiss refusal to proceed on the way to imperial unification of ‘Europe’ under German and French hegemony, are publicly speculating whether the Swiss are bad or mad: bad in being egoistically obsessed with keeping their riches to themselves instead of sharing them with deserving Europeans, as the Germans and the French of course habitually do (a last-minute offer by the Swiss delegation to contribute 1.3 billion euros over ten years to help lessen economic and social inequality within the EU(!) was rejected by the Commission) – or mad because unable to recognize their true interests, which obviously include being ruled by the good sense of the Commission and the EU Court of Justice. At the same time, they are occasionally also accused of being too clever by half, trying to get away with ‘cherry-picking’ – something children must never be allowed to do since they must learn to eat what comes to the table, all or nothing.

If the ‘European project’ is to advance as defined by Brussels centralists, it must be made clear to everyone concerned that confederal cooperation, bi- or multilateral, as an alternative to hierarchical domination is not on offer in Europe, as the British were taught, lest other countries, including those already members of the EU, get stupid ideas. Of course, in over seven hundred years of history, the Swiss have survived more testing challenges, as have the British in eight hundred years since the Magna Carta, and there are good reasons to believe that they will also – and in a much shorter period of time – survive the late-twentieth century Frankensteinian construct of merkato-technocracy called the European Union.

Wolfgang Streek is emeritus director of the Max Planck Institute for the Study of Society based in Cologne.

Wolfgang Streeck is an economic sociologist and emeritus director of the Max Planck Institute for the Study of Societies in Cologne.

Wolfgang Streeck is an economic sociologist and emeritus director of the Max Planck Institute for the Study of Societies in Cologne.