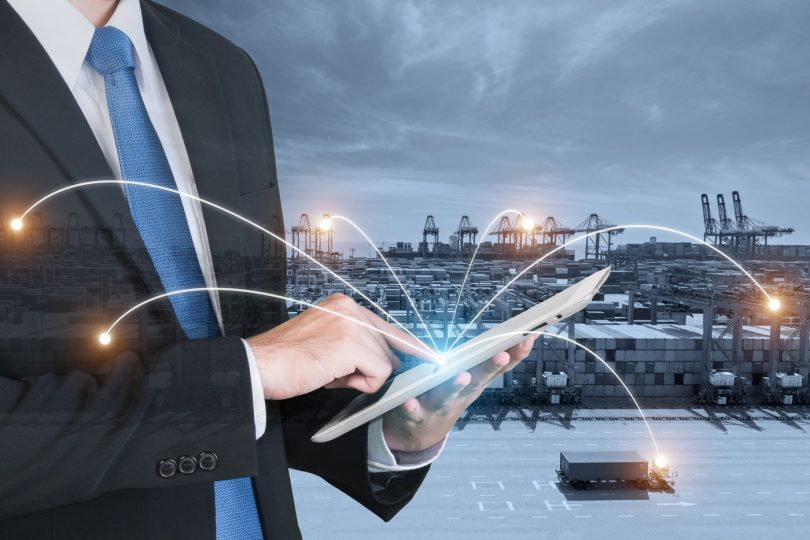 Theresa May has repeatedly asserted — echoed by opponents of Brexit at home and abroad — that no technology yet exists that could be used to avoid a hard border in Ireland. That assertion, which has been exploited to bedevil the whole Brexit negotiation, has been repeatedly and authoritatively contradiction by experts. This article goes further still: it proposes an actual system that could be in place by March 29th 2019. If and when the Withdrawal Agreement is rejected, serious consideration can be given to practical solutions such as this.

At the heart of the Northern Ireland border issue is the question of whether an open border between the UK and EU can exist in Ireland without any physical infrastructure. The belief is that static infrastructure or personnel at the border would be vulnerable to attack from the relatively small number of dissident republican paramilitaries. The Police Service in Northern Ireland naturally do not wish to put their officers in harm’s way in attempts to defend either new infrastructure or the people erecting or maintaining the apparatus.

Leavers have accepted that any land border in Ireland should be frictionless and invisible. This has not been regarded as a necessarily difficult issue.  There is of course an existing border, with different VAT and excise duties on either side and of course different currencies. VAT and excise dues are collected by the authorities in both countries without anyone ever being stopped at the border. There is naturally a reasonably large amount of smuggling across the border, for instance of fuel in tankers disguised as milk lorries. This is combatted by police and customs officials almost always away from the border itself and away from areas (usually close to the border) where paramilitaries might be active.

A range of solutions to the border problem have been proposed. The previous head of Swedish customs, Lars Karlsson advocates mobile phone and GPS technology to track vehicles once companies made online customs declarations. The Dutch head of the European Customs Brokers Association says that customs can operate with no technology at all using well tried customs techniques including the EU’s own TRANSIT and TRACE systems. The heads of UK and Irish customs concur with this judgment. As an example, most goods crossing the Swiss borders use such systems to drive through customs without stopping and without any monitoring at the border. Border posts do exist at Swiss borders, but this is for traders who prefer not to use brokers and their automatic systems.

The UK proposal for the border originally involved two possible approaches. One, called maximum facilitation (or ‘Max fac’) proposed using technology and modern customs techniques to avoid infrastructure at the border. This was dropped in favour of the UK remaining in a customs union with a complex tracking system to ensure that foreign goods could not enter the EU via the UK avoiding EU tariffs and EU regulatory standards. This was rejected by the EU as too complex and because it lay outside their own control.

Having flirted with tracking technology Theresa May then turned a blind eye to all technological solutions to the border problem. Unforgivably she asserted in her Belfast speech that:

no technology solution to address these issues has been designed yet or implemented anywhere in the world let alone in such a unique and highly sensitive context as the Northern Ireland border.

This was wrong and one of a series of misleading or disingenuous statements by the PM on Brexit. I know from my own experience as an investor in tech companies that technology does indeed exist that will track goods in a reliable and precise way giving customs as much information as they could need.  The following launch information from a company invested in by my fund Disruptive Capital indicates what is possible;

The UK company essDOCS is launching a system named CargoDocs dTrack.  dTrack allows a user to track physical goods, cargos, boxes, etc., via a tamper-proof chip, which is stuck onto the goods.  The chip can be scanned by anyone with our app – which then geo-tags the cargo – providing full traceability which is irrefutably stored on a blockchain.  The chip is embedded into a sticker, and typically costs 50 pence. The chip can store up to 16mb of data, so will have the critical aspects of an import declaration, goods description, import filing ID, stored on the chip.

By connecting the physical cargo with the import declaration, one could immediately check if a cargo is bound to stay in Northern Ireland or will continue on to be shipped to mainland GB and indeed onward back into the EU.  Ultimately, that would highlight goods which were incorrectly declared – and would allow differential taxation based on the location / declaration combination. With immediate Government support, this could be in place by March 29th 2019, Brexit deal or no Brexit deal.

The EU’s draft Withdrawal Agreement deals with the Irish border issue by keeping the entire UK within a customs union with the EU and Northern Ireland additionally within single market regulations for goods and much else. This is comprehensively rejected particularly by Leavers since it would prevent the UK doing trade deals outside the EU and would drive a wedge between Northern Ireland and GB. Nor is this likely to temporary as the PM claims since the EU is unlikely to settle for less than it is already being given in the Withdrawal Agreement. In an attempt to head off opposition in Parliament the PM has belatedly said that the Government will look at technological solutions to the border problem.

Unfortunately, this is almost certainly a smokescreen that will all too soon be completely rejected by the EU on behalf of the Irish, since they have been fighting against technological solutions since the middle of 2017. However, the Withdrawal Agreement is almost certain to be rejected in Parliament and a new approach will be needed. At that point serious and genuine attention may be given to technological solutions, including that outlined above.