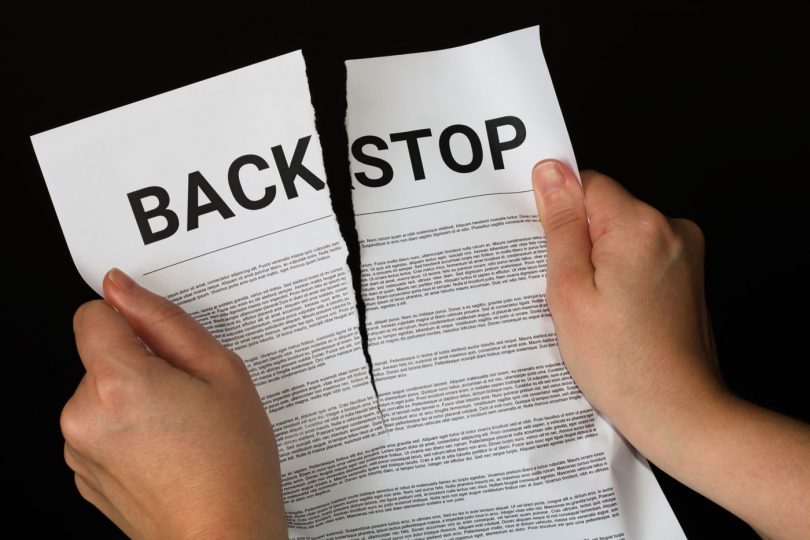 The attorney general, Sir Geoffrey Cox, is reported to have told Michel Barnier, the EU’s chief negotiator, that the Northern Ireland ‘backstop’ potentially breaches the European Convention on Human Rights (ECHR). Briefings for Brexit has previously raised this issue. What precisely underlies the Attorney’s argument?

In the Withdrawal Agreement’s “Protocol on Ireland/Northern Ireland – better known as “the Northern Irish Backstop”, Northern Ireland will remain in the Customs Union and much of the Single Market for Goods. NI would be permanently subject to the EU’s jurisdiction in matters set out in the annexes to the “Protocol on Ireland/Northern Ireland”. This will include State Aid, competition, labour and social standards, and environmental protection. The Backstop also makes the equality provisions of the Good Friday Agreement an obligation to the EU. To judge by recent events, the Common Fisheries Policy may be added to the EU’s demands made in the name of keeping the North-South border unpoliced.

The starting position is that these arrangements will apply to the United Kingdom as a whole. However, Great Britain’s involvement is not necessary to achieve the goals of the Protocol, or at least the EU’s interpretation of them.  It is only Northern Ireland that is permanently stuck under the EU’s authority. Article 1.3 and 15 of the Backstop mean that the “unique circumstances of the island of Ireland” are held to justify permanently placing Northern Ireland under considerable EU legislative and executive authority.

This creates a human rights issue. Voters have a human right to participate in legislative decisions governing them. Article 3 of Protocol 1 to the European Convention guarantees the right to vote in legislative elections. This right was recognised in respect of EU legislation in the European Court of Human Rights decision of Matthews v United Kingdom (1999) 28 EHRR 361, which held that Gibraltar could not be subject to a large part of European Union legislation without a right to vote in the European Parliament.  The Matthews Case concerned not the rights of states or territories, but those of their citizens.

To legitimize the EU’s assumption of legislative and executive jurisdiction over a non-voting territory, several conditions are required to meet the European Convention. Firstly, the state of affairs must be Northern Ireland’s choice. It is not for the EU and the United Kingdom to trade the Convention rights of the citizens of Northern Ireland for mutual convenience – or under economic duress. Secondly, Northern Ireland must be entitled to remove itself from the position in which it will be placed. Thirdly, the EU must have no more jurisdiction than is necessary to meet shared aims. The EU must therefore consider in good faith whether there are solutions which will be less restrictive of Northern Ireland’s voting rights: it must consider alternatives and not just dismiss them out of hand as “magical thinking”. Fourthly, the EU must enfranchise Northern Ireland as far as is possible.

At present there is no sign of democratic consultation with the people of Northern Ireland on the diminution of their Convention right to vote. There is no sign of the EU being willing to genuinely negotiate alternative solutions – it is fairly clear that it sees the Backstop as a route to the whole of United Kingdom submitting indefinitely to EU authority. The EU certainly has not considered whether it is asking for a disproportionate sacrifice for a limited gain. Much of the putative justifications would disappear if the EU countenanced random checks on the minimal amount of freight going direct from Ireland to the European mainland. This is not a balanced or proportionate approach.

Under the EU proposals, Northern Ireland must take the consequences of whatever the EU decides to do, with no remedy in any election or through constitutional change if it goes badly wrong. Under the backstop, Northern Ireland would be bound simply to accept the resulting economic damage.

The EU’s demands hugely diminish the voting rights of the citizens of Northern Ireland. There is no attempt to address whether this prima facie violation of Article 3 of Protocol 1 of the Convention is proportionate. It is ironic, given how far the EU proclaims its own democratic values, and given how far many of its staunchest supporters in the United Kingdom proclaim themselves keen supporters of the European Convention, that there has been a total disregard of the Convention’s guarantee of the voting rights of Northern Irish citizens.  Expediency for the EU and rest of United Kingdom cannot justify a backstop that disfranchises them.

If the Attorney-General’s reported argument is correct, the British Courts could be asked to declare any legislation attempting to apply the Backstop to be incompatible with the Convention.

The author is a lawyer working in government, who wishes to remain anonymous.