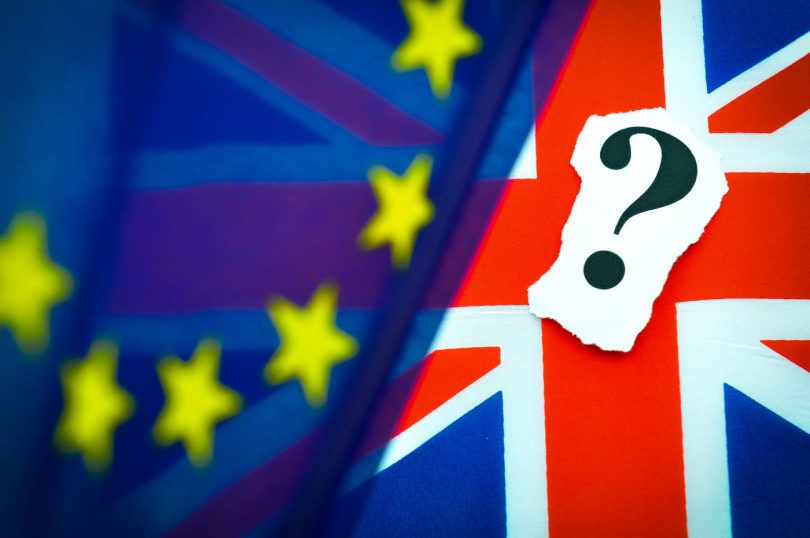 Sometimes, in the never-ending flow of BBC hostility towards the idea of Brexit in general and a ‘no-deal’ Brexit in particular, it is possible to capture, as if in a scientific experiment, the mechanisms by which BBC news editors achieve their desired result. Here, then, is a little example of how news is made.

The seven o’clock news at the beginning of Radio 4’s Today programme last Saturday (27 July) began with three headline items. The first reported that Donald Trump had said that he was eager to do a trade deal with the UK after Brexit, and that he thought trade could be increased thereby, possibly by a factor of five. The second said that Boris Johnson was about to announce a major rail link in the north of England. And the third said that Eliza Manningham-Buller, Chair of the Wellcome Trust (which funds medical research) had written a letter to Boris Johnson, ‘warning that leaving the EU without a deal is a threat to the science sector.’

Six hours later, the one o’clock news put the Prime Minister’s speech (which had by then taken place) about the rail link first in the pecking order. But the positive comments of President Trump about post-Brexit trade disappeared. (Here is a case not only of how news is made, but also of how it is unmade.) So what had been the third item moved up the list, to number two. But what it now said was this: ‘Scientists have warned that the future success of the industry in the UK is not compatible with a no-deal Brexit.’

What had happened in those six hours? Some important developments, apparently. The ‘warning’ was now being given not by a retired MI5 chief who chairs a charity, but by ‘scientists’. And what it warned was not merely that a no-deal Brexit would be a ‘threat’ to ‘the science sector’, but that it would mean that the science ‘industry’ could not be successful at all –i.e., it would fail.

What had actually happened was that a BBC reporter, tasked with firming up the Manningham-Buller story, had turned to someone who could be guaranteed to issue dark warnings about a no-deal Brexit, as that is what he has been doing at fairly regular intervals for the last two years: Sir Paul Nurse, Director of the Francis Crick Institute in London. Sir Paul duly obliged, with what the BBC decided were four useable sentences. After the reporter had summarised his view as ‘He warns that belief in continued success is at odds with the idea a no-deal Brexit’, we heard him say the following:

‘When Boris looks at it, he will increasingly be aware, and if he listens to the people who do know about this, that it is not compatible. His speech, to say science is important, was great, we welcome it. What he is trying to do, though, is the complete opposite. He, over the coming months, I think, will learn to recognise that, not only for science but for our economy, and I think he will change his position.’

It’s hard to see what, in this incoherent, off-the-cuff string of sentences, constituted such a weighty pronouncement, or such an incisive analysis, as to merit being run as part of what was now – thanks to this leg-up from Sir Paul – the number two news item of the day.

No reason was given in any of those four sentences for the central claim about incompatibility with a no-deal Brexit. The phrase ‘What he is trying to do’ was completely vague, and very probably prejudicial, given that it is the policy of this Government to seek a deal if possible, and, if not, to mitigate in all feasible ways any negative effects of ‘no deal’. And the phrase ‘not only for science but for our economy’ was simply gratuitous, given that Sir Paul’s views on economics are worth no more than those of any other newspaper-reader.

So what was the real news here? To go back to the morning broadcast, it was that Lady Manningham-Buller (herself a prominent and vocal Remainer) had written, on behalf of the Wellcome Trust, a letter to Boris Johnson about science funding. The full text of that letter has been made available:

The first point it makes is that while it is good that the Government is committed to spending more on scientific research, the UK needs to do even more:

‘We welcome the existing commitment to increasing R&D investment, but if we are to remain a science superpower, we will need to mirror those countries who plan to spend much more than we do, such as Germany.’

This is an understandable request for any scientific body to make; but it has no direct connection with Brexit, whether with a ‘deal’ or without one.

The second point is that in order for scientific research to flourish, we shall need to make it easier for researchers to come here from abroad:

‘Science is increasingly collaborative and international. We must become a global science hub, and to do this we need a much more welcoming immigration policy designed to attract the best researchers and their families to the UK. We need their talent to stimulate our own research.’

That is also a very reasonable request, and it is indeed related to Brexit. But it has little or nothing to do with the question of whether we should leave with or without a ‘deal’. (Of course, if the ‘deal’ involved staying in the Single Market with unlimited EU immigration, that would indeed make things easy for would-be immigrants from those 27 countries; but that was not on offer even from Theresa May. Besides, Lady Manningham-Buller is talking here about becoming a ‘global’ science hub, and one of the effects of unlimited EU immigration, including unskilled workers, has been to increase the pressure to limit the immigration of all workers, including skilled ones, from all the other 168-odd countries around the globe.) Boris Johnson is already talking about moving away from Theresa May’s rigid post-Brexit plan of a salary threshold, to introduce instead a ‘points’ system which can privilege the skills we want: so it seems that Lady Manningham-Buller is pushing at an opening door. And, just to repeat: that new immigration policy is not dependent on whether we have ‘no deal’ or some modified version of Mrs May’s deal, so the ‘no deal’ angle is irrelevant here too.

And the letter’s final point:

‘Wellcome spends around £1 billion a year to support research, and most of our money is spent in the UK because it has a thriving sector. Leaving the EU without a deal is a threat to that. I am afraid that some damage has already been done, with loss of researchers, and influence. While science promotes global collaboration, the barriers to success need to be minimized, including with Europe where our closest and most extensive science relationships are. That means negotiating associated country status in the EU’s ‘Horizon Europe’ research programme, even if we intend to create our own systems in the years ahead. The final months of 2019 could be a tipping point for UK science: either an exciting moment of renewed purpose and ambition, or the point at which the UK’s scientific reputation and success starts to wane.’

Here the key request – indeed, the only specific request – is that the Government negotiate ‘associated country’ status in the next EU framework programme for scientific research (which begins in 2021). For a long time, applying for such status has been the recommendation of all serious Brexiteers who have considered these matters. Associated countries participate in most of the research funding programmes organised by the EU. A few programmes are unfortunately excluded; but that will be the case whether we leave with a ‘deal’ or without, as those exclusions apply automatically to any country that is not a member-state of the EU. Once again, ‘deal or no deal’ makes no difference here. Mrs May would have applied for this new status after her deal; we can apply for it just as well after ‘no deal’.

So, to conclude: what was this major news story, a story of such national importance that it rose to third, and then second place, in the BBC’s news broadcasts?

It was that Lady Manningham-Buller had done some lobbying on behalf of scientific researchers. Perfectly reasonable, but highly predictable – and therefore hardly newsworthy at all. But she had added one unsubstantiated remark, which did not connect in any factual way with the rest of her letter: ‘Leaving the EU without a deal is a threat to that’ (the ‘that’ being the fact that UK science is a ‘thriving sector’). Professor Pavlov’s dogs salivated when a bell was rung; BBC newsrooms react similarly when any solemn-sounding warning is issued about a no-deal Brexit. But Pavlov’s dogs were chained, whereas BBC news editors have a little more freedom of action. When they feel that there is inadequate substance to their story, instead of dropping it, they can send off a reporter to bulk it out with the sort of extra statement they want, from anyone who can be relied on to provide it.

So, within a few hours, the news was not just about a lobbying letter; it was that ‘scientists’ – in an ominous generalised plural – were warning Boris Johnson that a ‘no-deal’ Brexit would cause the failure of scientific research in this country. Quod erat demonstrandum.

Noel Malcolm is a Fellow of the British Academy, and a Senior Research Fellow of All Souls College, Oxford.