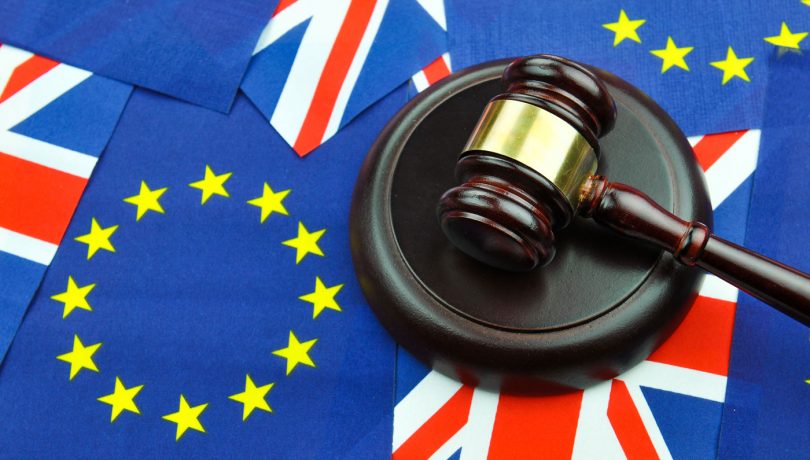 The Benn Act purports to separate the Prime Minister’s personal actions from those of the Government. He needs proper and separate legal advice and representation, not merely that of the Law Officers, who face a conflict of interest.

It is now clear, contrary to most expectations, that the Scottish Court of Appeal has accepted the legality of the three letters that were sent to the EU regarding an extension of Article 50 on 19 October. Even Lord Pannick reluctantly agrees. The Prime Minister sent the one required by the Benn Act. It was a photocopy and it was unsigned. The second confirmed government policy. The third was sent by Sir Tim Barrow recorded that the required letter had been sent. In the face of this carefully measured defiance, Aidan O’Neal QC, representing petitioners agreed that a valid request for extension had been made by the government. The President of the court, Lord Carloway, commented that the letter ‘does appear to have been carefully written’ in reply to the observation by O’Neal that the second letter appeared to be sailing close to the wind in terms of adherence to the law. The Court declined the government’s call for the case to be discontinued but decided to await developments. What they are waiting for is to see if the Prime Minister accepts the extension offered. However it is for the government not the Prime Minster to decide whether or not to accept any proposed extension.

In these circumstances it seems long overdue for the rules on conflict of interest in the representation of clients to be strictly applied. Indeed, in hindsight, it is obvious that this should have happened in the first place. No lawyer can fairly and adequately represent the interests of the government as a whole and the Prime Minister individually in the unprecedented circumstances created by the Benn Act. Lawyers like Lord Keen and the Attorney General, who we are told have threatened to resign if the Prime Minister did not obey the law, are themselves in breach of the legal rules on the representation of clients.

The Prime Minister is not the government. It is in the national interest that the courts be faced with clear separate representation of the government and its position on policy, which is untouched by the Benn Act. The cabinet as a whole, which governs the country, cannot be subject to contempt proceedings under the Act and no such attempt has been made. But there is much talk of attempts being made by the courts to compel it to do things that it does not agree with.

The Prime Minister on the other hand is personally subject to contempt proceedings with some of the more gung ho supporters of the litigation talking of him going to prison. He also has a defence that is specific to him, namely his obligation to follow the rule in the Ministerial guidelines to make decisions in accordance with his best judgement of the national interest, as detailed here https://www.briefingsforbritain.co.uk/on-two-letters-from-boris-johnson-to-jean-claude-juncker/.

Quite separately, the government can argue that any request by the Prime Minister is invalid because it falls foul of Article 51 of the Vienna Convention on Treaties of 1969 that makes null and void the actions of any state representantative acting under duress. It can argue that any offer of an extension arising out of such invalid proceedings is null and void. It can also point out that nothing the Prime Minister does or says as an individual can change the policy of the government. To take a famous example, it was not the Prime Minister Asquith that caused the United Kingdom to enter the First World War but a decision of the Cabinet, after much agonized debate.

Separate legal representation would free the government of the worst consequences of the Benn Act. The discussion of the case by legal counsel and the judges in Scotland show complete confusion as to the different duties and obligations of the government and the Prime Minister. This suits the the petitioners, knowing the weakness of their case against the government.

In the dispute between the government law officers and the Prime Minister, reported in the Sunday Mail on 5 October https://www.dailymail.co.uk/news/article-7541861/Geoffrey-Cox-threatens-resign-Boris-Johnson-doesnt-ask-Brexit-extension.html as to what was legal and how the Prime Minister should act, there was a clear conflict of interest. The lawyers made it quite clear that they were concerned not about the Prime Minister but about their position as lawyers and that of the government, if he acted or failed to act in a certain way. It is neither legally proper nor politically effective for two parties in such different situations to be represented by the same legal advisers, who themselves have separate interests in how the case is handled. It was at this point that the Law Officers failed in their duty as lawyers by not advising the Prime Minister to take separate legal advice on how he personally could and should act.

Robert Harneis is a barrister.