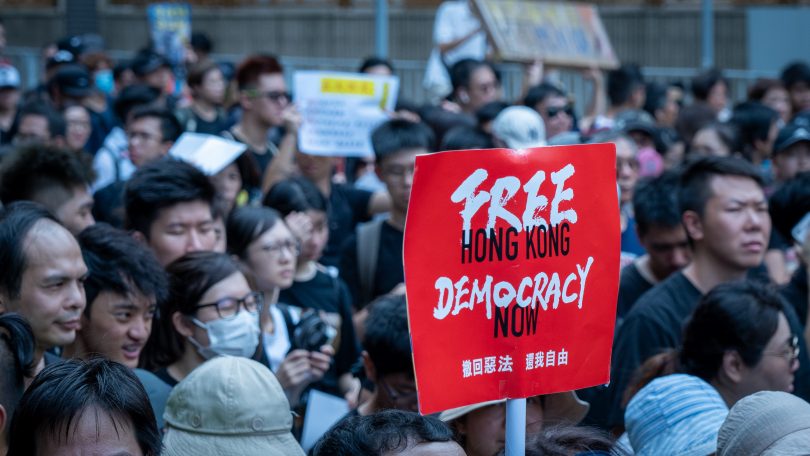 Professor David Blake takes the view that those British MPs conspiring with the EU to block Brexit are behaving like the Hong Kong Executive. Both are acting to frustrate the democratic wishes of the people they represent.

Make no mistake: MPs who want to block a ‘no-deal’ Brexit want to stop Brexit itself.

Article 50, by having a fixed leaving date, implicitly allows for a no deal exit. It becomes automatic if that date is reached without an agreement between the EU and UK. This is why the UK was due to leave on 31 October with or without a deal.

On 9 September 2019, Parliament voted for the Benn Act (European Union (Withdrawal) (No. 2) Act 2019) which prevents the UK exiting from the EU without a deal. This Act negates the effect of Article 50 by only allowing a deal that the EU accepts. There are reports that British MPs, such as former Cabinet Minister Oliver Letwin, conspired with both the French Government and the EU to ensure text of the Act achieved this outcome.

It’s like wanting to get divorced from a bullying abusive partner, but then being told that you cannot do so “unless and until” your partner agrees.

The Act will therefore allow the EU to insist that the only deal available to the UK is the Withdrawal Agreement signed by Theresa May.  This involves the UK participating in the Single Market and the Customs Union, and accepting free movement plus the overall jurisdiction of the European Court of Justice (all under different names and guises).

The UK will have no vote and will be trapped permanently in this arrangement by the Irish backstop. The only way out is to apply to rejoin the EU on humiliating terms.

The Withdrawal Agreement was designed in such a way that the UK could rejoin the EU in full at some time after the next general election (which at the time would have been 2022). Rejoining the EU would mean joining the euro and the Schengen Agreement on free movement — and losing the rebate.

Theresa May also signed up to the (supposedly non-binding) Political Declaration accompanying the agreement, whose explicit commitment to “deep regulatory and customs co-operation” amounts to the Single Market and Customs Union in all but name, and which has the practical effect of binding the UK to EU laws in areas such as state aid, the environment, workers’ rights and so on.

We would therefore not end up with the free trade agreement with the EU along the lines of the deal with Canada that May initially promised in the Lancaster House speech.

So the Withdrawal Agreement was never going to be a real Brexit. It would be a Boomerang Brexit. It is a one-way ticket back into the EU – on far worse terms than we currently have.

This is surely what Olly Robbins meant when he was overheard in that Brussels bar saying the backstop was always intended to be a bridge to the “final arrangement”. Even Yanis Varoufakis, the pro-EU former Greek finance minister, called the Withdrawal Agreement “a deal that a nation signs only after having been defeated at war”. No wonder the Benn Act is also known as the Surrender Act.

But rejoining the EU would be boarding a train that is travelling rapidly in the direction of political union. Euro-fanatics like Guy Verhofstadt and Martin Schulz, former President of the EU Parliament, have made it very clear that they want political union by 2025.

Although this is the inevitable outcome of the European Project — what else does “ever closer union” mean? — not all EU leaders favour such an early date.  But they have a problem, and it’s called the euro.  As I discuss in Target2: The Silent Bailout System that Keeps the Euro Afloat, unless there is full fiscal and political union before the next financial crisis, then the eurozone — and hence the EU — will break up.

The direction of travel is towards a single foreign policy, a single fiscal and tax policy, and a single military command, etc.  This is all allowed by the 2007 Lisbon Treaty which introduced a European constitution by the backdoor — after it was rejected in national referenda in 2005.

By blocking a ‘no deal’ Brexit, the UK will be subsumed ineluctably into a United States of Europe with the most important laws that we have to obey determined by unelected officials in Brussels.

There is no stronger evidence of the EU’s imperial ambition than Guy Verhofstadt’s speech at the Liberal Democratic annual conference on 14 September 2019, while holding up a ‘Bollocks to Brexit’ T-shirt: “The world order of tomorrow is not a world order based on nation states or countries, it is a world order that is based on empires …in which we Europeans and you British can only defend your interests, your way of life, by doing it together in a European framework and in the European Union”.

Boris Johnson is trying to stop this. On 2 October 2019, he sent a letter to Jean-Claude Juncker offering a “fair and reasonable compromise” and setting out UK proposals for a new Protocol on Ireland/Northern Ireland:

Our proposed compromise removes the so-called “backstop” in the previous Withdrawal Agreement. I have explained the difficulties with this elsewhere, including the fact that it has been rejected three times by the UK Parliament. Equally importantly in this context, the backstop acted as a bridge to a proposed future relationship with the EU in which the UK would be closely integrated with EU customs arrangements and would align with EU law in many areas. That proposed future relationship is not the goal of the current UK Government. The Government intends that the future relationship should be based on a Free Trade Agreement in which the UK takes control of its own regulatory affairs and trade policy. In these circumstances, the proposed “backstop” is a bridge to nowhere, and a new way forward must be found…. It has always been a fundamental point for this Government that the UK will leave the EU Customs Union at the end of the transition period. We must do so whole and entire. …Control of trade policy is fundamental to our future vision.”

This is the only realistic proposal that will give sovereignty back to the UK. But the EU have said that this is not an acceptable basis for a deal.

This means that on 19 October, the Benn Act will force the Prime Minister to ask the EU for an extension to the UK’s departure from the EU until 31 January 2020. One of the conditions that the EU could set is that the UK holds a new Referendum to allow the UK to remain in the EU.

So either via the Withdrawal Agreement or a new Referendum, British Remain-supporting MPs will get what they and their EU masters have spent three years preparing for: the UK trapped for ever more in the sham democracy of the future United States of Europe.

The deputy Irish Prime Minister, Simon Coveney, says that “if this [Johnson’s letter] is the final proposal, then there will be no deal”, knowing full well that the Benn Act prevents that. With that single statement, the Benn Act allows one man to block the wishes of 17.4 million British people, giving him the same power over the British people that Xi Jinping has over Hong Kong.