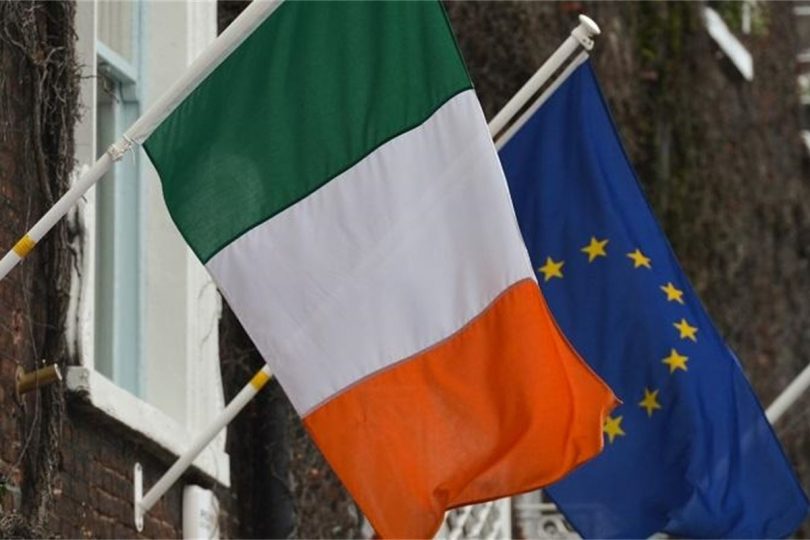 Former Irish ambassador to Canada argues that Ireland’s behaviour in backing EU bad behaviour over Brexit has poisoned relations with the UK. Any kudos gained with the EU has quickly dissipated and membership of the bloc has become a cold house for Ireland.

Throughout the Brexit process, Ireland has placed all its bets on the European Union.

It did everything in its power, in alliance with Brussels and Remainers in London, to thwart the democratic outcome of the referendum, confident that Brussels would overpower those seeking to take the UK out of the EU’s orbit. After all, discarding democratic outcomes of national votes had become a hallmark of the Brussels operation and the tactic had proved to be very successful in the past in Greece, the Netherlands, France, Denmark, and Ireland itself.

Then, when the Brexit talks began, and Leo Varadkar became Ireland’s prime minister, Dublin was content for the border between the Republic and the North to be cynically used as a weapon against the UK. The intransigence displayed by Brussels and Dublin on the issue helped destroy the political careers of two Conservative Prime Ministers, contributed to the comprehensive rout of pro-EU sentiment inside the Tory party and poisoned relations between Britain and Ireland.

With Brexit now a reality, Ireland faces a very different external landscape. Any kudos it gained for its pro-EU stance during the Brexit process was quickly forgotten and the bloc has become a much colder house. Dublin was made to confront this early when the EU, without consultation or any regard to Irish interests, invoked Article 16 of the Northern Ireland Protocol to establish a hard border on the island of Ireland for Covid vaccines.

After howls of protest from Dublin, Belfast and London, the invocation was dropped – but the episode brought home just how peripheral Ireland and its interests really are to Brussels.

Now, the EU is issuing new threats of punitive action against the UK over the Northern Ireland Protocol, including the suggestion of a trade war should the UK extend grace periods for certain goods. The protocol, in its present format, is clearly not sustainable as it has alienated a whole community in Northern Ireland, which represents the antithesis of the purpose of the Good Friday/Belfast Agreement.

Many in the Republic understand this and it is clear that the situation calls for direct talks between Dublin and London to sort out this local  issue, with flexibility on all sides. Co-operation on an overhaul of the protocol could be the catalyst for a reset of Irish/British relations. That, however, is something that the EU will never countenance.

Perhaps this would matter less if the EU was taking Dublin’s other interests more seriously, yet Brussels has time and again proved a poor partner. Ireland, just like the UK, has extensive and rich fishing grounds. Under the Common Fisheries Policy, the local fishing fleet is only allocated 15.5 per cent of the stocks in Irish waters. This was partially compensated for by quotas inside UK waters. After Brexit, however, the Commission imposed very large cuts on the Irish allocation in the British maritime area, the largest cuts of any EU nation. The interests of France, Spain and the Netherlands clearly trumped those of the Irish.

The spectre of imminent changes to corporation taxation poses the biggest threat. Ireland has grown rich by attracting a disproportionate amount of Foreign Direct Investment, mainly American. The country’s corporate tax rate of 12.5 per cent, plus very generous write-downs and offsets, has encouraged multinationals to base their headquarters in Ireland.

The decision of the finance ministers of the G7 in London, with the enthusiastic support of Brussels, to establish a minimum 15 per cent tax rate and move to tax multinationals where they make their sales, heralds the onset of global reforms in this area. The new 15 per cent rate is estimated by the Irish Department of Finance to reduce Ireland’s corporation tax take by between €2.2 billion and €2.4 billion per annum or one fifth of the total. The Irish business representative body, IBEC, put the likely losses at well over €3 billion. The EU is determined to rein in Ireland’s competitive advantage.

If the EU continues to attack Ireland’s ability to attract FDI, a fundamental question will have to be asked as to how long it will continue to be in Ireland’s interest to remain inside the bloc. Ireland’s two main trading partners are the UK and the USA, with total non-EU trade accounting for well over 60 per cent, by far the highest percentage of any EU country. The US and the UK are the largest overseas investors in Ireland and between them they receive the bulk of Ireland’s growing external investment. Ireland is part of the Anglosphere of English-speaking countries.

There are other developments inside the EU which are not to the Irish public’s taste. The growing demand, especially by Germany, for a common foreign policy based on majority voting in the European Council, a push for greater militarisation of the EU, and Ireland’s growing net contribution to the EU budget will all place a strain on the traditional Irish pro-EU sentiment.

These changes could yet cause an eventual rupture with Brussels. Irexit may be emerging as a credible prospect in the future.

Ray Bassett is a former senior Irish diplomat. This article first appeared in the Daily Telegraph and is reproduced with the kind permission of the author.