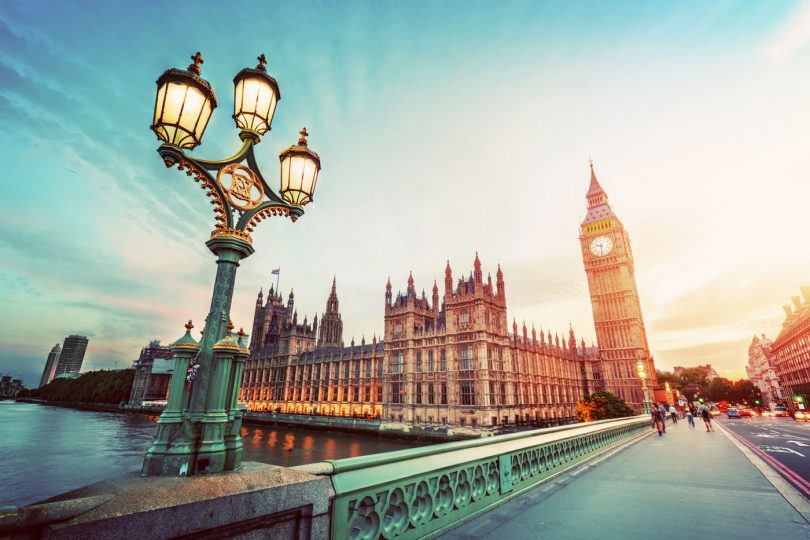 It should never accept being a rule taker from Brussels – where they haven’t got a clue how to run a financial system. The main banks on the continent are insolvent.

Whenever the ‘merits’ of aligning UK regulations with those of the EU after Brexit are discussed, the fate of the financial services sector features prominently.

I recently gave evidence to the House of Commons Treasury and International Trade Select Committee on the economic effects of trade policy. As written evidence, I submitted ‘Brexit and the City’  which considers various options.

The main choice is between equivalence and mutual recognition – and this would cover both the services themselves and the qualifications of those providing them. What is on offer during the transition period – as laid out in the Withdrawal Agreement signed on 25 November 2018 – is a very pale version of equivalence without any enhancements. However, in the absence of an agreed solution with the EU, there is growing support for World Financial Centre model, where the City ‘goes it alone’.

I discussed seven different possible models with the Committee and an eighth one has recently emerged.

There would be two key issues to resolve during the negotiations to set up a post-Brexit trading relationship with the EU: the EU and UK agree to treat each other fairly in assessing rules as being equivalent; and they would agree terms on which equivalence can be withdrawn without political interference.

Enhanced equivalence would allow the UK to: remove the most unnecessarily onerous requirements of EU legislation (while maintaining equivalence determinations); move away from the EU’s process-focused approach to one based on outcomes; re-draft laws in common law style, which would bring with it far greater legal certainty by removing the so-called ‘purposive’ method of interpretation; and move away from poor European Court of Justice decision making in the financial services context, given that ECJ reasoning is insufficiently focused on fact-based analysis to provide the clarity that the common law brings.

The EU has negotiated equivalence-based arrangements with the US for the most systemically risky portion of the market, clearing houses (i.e., central counterparties, CCPs). Further, the EU is committed to free capital movement through the Maastricht Treaty and the European Central Bank has signed up to the Bank for International Settlements rules on creating a level playing field for all providers of financial services.

The UK also supports these objectives. Further, in December 2017, the Bank of England’s Prudential Regulatory Authority proposed permitting EU banks to convert to third-country branches in the UK.

A leaked draft of an annex to the EU’s Guidelines for negotiating a future trading relationship with the UK suggested that the EU might be willing to consider ‘improved equivalence mechanisms’ to cover financial services.

A different alignment concept is ‘mutual recognition’ through ‘mutual market access’. This achieves a similar result as enhanced equivalence, but assumes that financial services regulation and supervision in the UK and EU would remain sufficiently aligned in the future. It would be jointly monitored by a Forum for Regulatory Alignment.

Many in the City prefer this model, with alignment defined solely in a free trade agreement. However, Lord Kerr, the former British Ambassador to the EU who drafted Article 50, didn’t see such a solution working all, believing instead that only the current equivalence option will be offered on the grounds that “the City needed to prepare for a deal that would ultimately hurt London’s standing as a global financial centre”.

Jersey, as one of the Channel Islands, is not formally in either the UK or the EU. It has much lighter regulation than the EU, but offers an equivalent regulatory regime for firms that want to access the Single Market.

If the UK adopted a dual regulatory system, it would operate as follows. EU equivalence – UK companies providing wholesale investment services would be able to do so only if they benefitted from the unfettered, unilateral equivalence determination of the EU; alternatively, they would need to set up EU branches or subsidiaries to achieve this. The UK and the rest of the world – the UK would establish a regulatory framework that is best suited for UK companies operating outside the EU.

A bilateral arrangement that was better than equivalence but different from a ‘passport’ (which was the pre-Brexit arrangement). It would be similar to the EU-Swiss deal on insurance.

In this model, firms operate through subsidiaries. Such firms also use distribution or servicing hubs within the EU, such as Luxembourg or Dublin. However, this model is very expensive, since each subsidiary has to be separately capitalised and there are strictly limited opportunities to use capital more efficiently by netting and diversifying risks across different subsidiaries.

The Association of Investment Companies (which only conducts business in a subset of EU member states) supports a multi-layered approach to fund regulation once the UK leaves the EU. European rules would only be imposed if the funds were marketed within the EU.

Barney Reynolds recognises that the enhanced equivalence idea might not be acceptable to the EU. During the Brexit negotiations, the EU said that, in order to preserve the ‘integrity of the Single Market’, it does not ‘outsource its regulatory competences’. Michel Barnier, the EU’s chief Brexit negotiator, also said that the proposal would violate the principle that access rights to the EU’s financial services market are a ‘gift from Brussels that can be withdrawn freely’.

In view of this, Reynolds argues that the “UK should be ready to adopt the ‘go it alone’ World Financial Centre model…and design a more attractive regulatory framework, freed of the EU’s restrictive policy and process-driven approach, based on global standards”.

The UK can continue doing business in the EU – even without Single Market access via passporting or an enhanced equivalence regime – by making maximum use of international law protections: making use of ‘reverse solicitation exemptions’ or ‘overseas persons exemptions’ which allow financial institutions to provide certain cross-border services to a wholesale client without being registered or authorised in that client’s member state, so long as the services are provided on the initiative of the client; making use of existing EU laws that allowed cross-border dealings – ‘including multiple on-the-ground visits’ – without a local branch or licence; and making use of human rights legislation – the European Convention on Human Rights and the EU’s own Charter of Fundamental Rights – that protects property rights under contracts between UK and EU27 businesses that existed prior to Brexit.

With these aims in mind, the report proposes to form an alliance with other major financial centres, such as Switzerland, Hong Kong and Singapore, to enable further and deeper integration opportunities. A UK regime of multilateral mutual recognition would allow the UK to strengthen its involvement in global regulation formation and dispute resolution.

Freed from burdensome and costly EU regulations – equivalent to 2-3 per cent of the financial sector’s annual costs – Economists for Free Trade have estimated that the City would grow by £20bn over the next ten years under this model.

This is a model associated with having a ‘softer’ Brexit than the Withdrawal Agreement.  Norway is in the Single Market, but not in the Customs Union. So the ‘plus’ adds the Customs Union to the Norway model. From the City’s point of view, this would involve UK-based firms retaining passporting rights to offer financial services in all EU27 member states.  This model is supported by international banks with their European hubs in London, since they would not have to move operations to the continent. But the model is opposed by the Bank of England, since the City would have to follow rules set in Brussels without UK consent.

What is the most likely outcome – apart from the certain collapse of the European banking system?

Even before the Withdrawal Agreement was published, Sir Jon Cunliffe, a Bank of England deputy governor, expressed concern that the Treasury is ‘going to give it all away’ when it comes to City regulation post-Brexit. He feared that this would leave the City of London and its regulator, the Prudential Regulatory Authority, as a ‘rule taker’ from Brussels. Press reports at the time suggested that relations between the Treasury and the Bank were ‘very, very bad’ as a result of growing distrust. This is quite remarkable for three reasons.

First, the City of London is the jewel in the crown of both the British economy and the European financial system. It does six times more financial services business with the EU than the EU does with the UK. London accounts for 40 per cent of Europe’s assets under management (and 85 per cent of hedge fund assets), 60 per cent of its capital markets business, 78 per cent of its foreign exchange trading, and 74 per cent of its derivatives trading. The UK securities market is the biggest in Europe, the UK banking sector is the biggest source of cross-border lending to EU banks and corporates with more than £1.1tn of loans outstanding, and the UK is by far the largest market in Europe for ‘alternative finance’.

Second, as pointed out by The City for Britain, remaining a ‘rule taker’ from Brussels – or even worse remaining in the EU – means that:

Third, as I have written elsewhere in Briefings for Brexit, the EU is facing a series of political, economic and financial crises. It has become a fundamentally protectionist trading bloc and is no longer a force for global liberalisation. It is becoming increasingly undemocratic and authoritarian – as its appalling treatment of Greece in 2015 made clear. And to top it all, the euro project will turn out to be the biggest single – and most predictable – failure in global financial history. When this happens, the European banking system will collapse. Key Eurozone banks – such as Deutsche Bank, Societe Generale, BNP, Santander, ING and UniCredit – are already in very serious financial difficulties. This will be followed by economic catastrophe in the peripheral states of the EU. Even before the collapse, unemployment rates in the peripheral states are 10-15% and youth unemployment rates exceed 30% (58% in Sicily).

In view of this, why would anyone in their right mind allow their financial regulations to be dictated from Brussels once the UK leaves the EU? If Brussels refuses to accept enhanced equivalence or mutual recognition, then the City is more than capable of ‘going it alone’ – as it has done very successfully for most of its history and as countries such as Switzerland, Hong Kong and Singapore are currently doing.

‘Brexit and the City’ discusses a range of issues including: the City’s current relationship with the EU; the UK financial services industry’s advantages, vulnerabilities, threats and opportunities; and the various alternatives to passporting.

This is an updated version of an article that originally appeared in Financial News and BrexitCentral.