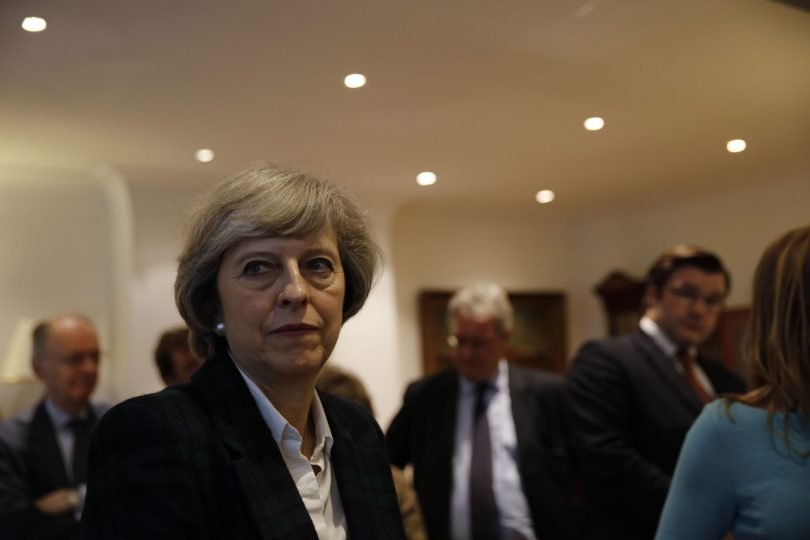 Responding to Project Fear arguments is a bit like playing whack-a-mole: no sooner has one claim been demolished than another equally implausible and twice as bizarre surfaces. One of the most recent to raise its head was an editorial in The Economist magazine.

Theresa May has achieved the remarkable feat of uniting the nation.  Leavers and Remainers of all stripes have come together to condemn the withdrawal agreement she has negotiated with the EU.  This should not really be a surprise: she has committed the country to a semi-permanent colonial state in which we stay in the customs union and single market but without having a say in the rules.  There is a way out but only if the EU agrees, something they are unlikely to do unless any future trading relationship works to their advantage.

Far from taking back control, the PM has agreed to the UK being a rule-taker from the EU for the foreseeable future, under the supervision of the European Court of Justice.  And the icing on the cake is that, in return for these ‘privileges’, she has also agreed to hand over £39bn of tax payers’ money to EU with absolutely no guarantee of any long term agreement on trade.  Even the right to take decisions over fishing in our water has been left up for grabs.

The agreement is so demonstrably bad that barely any MPs outside of the Government payroll have come out in its support.  Rather than accepting that the agreement is unlikely to be passed by the House of Commons, Number 10 seem to be focusing their strategy on making the alternative, namely leaving without a trade deal, sound as terrifying as possible.  The hope is that, if MPs and the public are sufficiently unnerved by the prospect of ‘no deal’, they will come round to reluctant support of the flawed withdrawal agreement.

The scary predictions made by the Treasury and others during their campaign of Project Fear during the referendum proved to be an embarrassing failure of almost legendary proportions.  So the decision to embark on Project Fear Mark II is, should we say, brave.  But this does not appear to holding anyone in the Establishment back.  Last week, that once-respected periodical The Economist published a leader going all out to support the PM’s line of attack.  We are warned that no deal could lead to “food rationing”, “medicine shortages”, “the demise of farming” and the “collapse” of manufacturing.  The planes will all be grounded of course but (halleluiah) the leader writer thinks that the EU might graciously allow us to operate a few flights to “carry stranded citizens home”.  The Economist seems to have gone ‘full Project Fear’ and as Robert Downey Jr might have said in Tropic Thunder, ‘you should NEVER go full Project Fear’!

To some extent, such emotive nonsense deserves only ridicule.  But despite The Economist’s recent reputation as being the lapdog of the Remain establishment, its influence cannot be underestimated and it is important to engage with its arguments about the risks of no deal, so let’s consider a few of its claims:

1. “Reneging on the £39bn in obligations to the EU would devastate Britain’s international credibility”

Even under no-deal, the UK will of course honour its obligations under international law.  However, it is clear that our strict liabilities are very significantly lower than £39bn and, if there is no withdrawal agreement, we will be under no obligation to fork out such a sum as even the Remain-dominated House of Lords Financial Affairs Committee concluded. The exact amount due could end up being decided by independent arbitration, something that would take a number of years.  In practice, the UK may well be willing to make a generous settlement once a reasonable trading relationship with the EU has been agreed.  The EU desperately need the UK cash to avoid a huge hole in their budget.  So, far from ruining our relationship, leaving with no deal and no payment will help to focus EU minds.  They will certainly have every incentive to avoid creating more difficulties for the UK than necessary.  From the UK’s point of view, savings on the £39bn bill can be put to good use in the months leading up to and immediately after Brexit with the aim of minimising the short run disruption that may occur as we re-work our systems to cope with new arrangements.

2. “Britain has slipped to be one of the slowest growing members of G7”

Surely The Economist could at least have got basic statistics like this correct?  It does not take much to look up the latest OECD data which reveal that the UK is the third fastest growing G7 economy this year, ahead of all the major EU economies.  At the same time our employment rate continues to be at a record high, wages are growing again, and in a good sign for future growth, foreign direct investment into the UK in 2018 has been by far the highest of any European country.  This is all a far cry from the doomsday scenarios predicted by The Treasury in the first round of Project Fear.  There is a great deal of confidence in the long term prospects for the UK economy, irrespective of whether we strike a formal trade deal with the EU.

3. “No deal would swap membership of the EU’s single market for the most bare-bones trading relationship possible”

World Trade Organisation rules are certainly not “bare bones”.  They are designed to facilitate trade and they already provide the basis for about half of UK exports and imports.  Further, leaving without a deal would allow us to embark straight away on independent trade deals with some of the fastest-growing countries in the world.  Remember that we operate a trade deficit with the EU of close to £100 bn per year.  Once we have left the EU on 29th March, the EU will face heavy pressure from member states such as Germany and the Republic of Ireland to ensure that they strike a trade deal with the newly-independent UK as soon as possible.  There is no reason why, like other countries such as Switzerland, Norway and Canada, the UK should not end up trading freely and tariff-free both with the EU and with other countries around the world.

4. “WTO rules require the enforcement of a hard border between the Republic of Ireland and Northern Ireland”

The Economist is being particularly irresponsible in perpetuating this myth. WTO rules do not require border checks on goods – that is a matter for each country to decide. Currently, ‘intelligence led’ inspections by the UK affect only 2% of non-EU goods shipments.  The remainder are cleared immediately by computer-based procedures.  There is no WTO requirement for these checks to involve physical infrastructure at a border and they can be carried out away from the border.  Time and time again in Select Committee hearings, Jon Thompson, the Head of UK Customs, has told MPs that there is absolutely no need for the UK to erect a hard border under any scenario, including leaving without a deal.  Either The Economist is ignorant of this or, even worse, they know the truth but refuse to report it.

Responding to Project Fear arguments is a bit like playing whack-a-mole: no sooner has one claim been demolished than another equally implausible and twice as bizarre surfaces.  The Economist leader is no different in this respect and it is impossible to respond to every point in just one article.  The key point is that virtually all Brexiteers would prefer to leave the EU with a trade deal in place and most are willing to agree to a transition period to help achieve this.  However, no-one can force the EU into a deal and if they are unwilling to countenance a sensible withdrawal arrangement then we must implement the result of the referendum without one.  Doing so will certainly not be the economic disaster suggested by Philip Hammond and The Economist.

The trouble with the EU negotiations is that Theresa May never really believed her mantra that “no deal is better than a bad deal”.  The deal she wants us to sign up to is a very bad deal indeed so leaving with no deal is looking increasingly like the best option available.  The UK should embrace the economic opportunities it will bring, even if that means doing so without Theresa May at the helm.

Professor David Paton holds the Chair of Industrial Economics at Nottingham University Business School and is a member of Economists for Free Trade. This article first appeared on the BrexitCentral website.