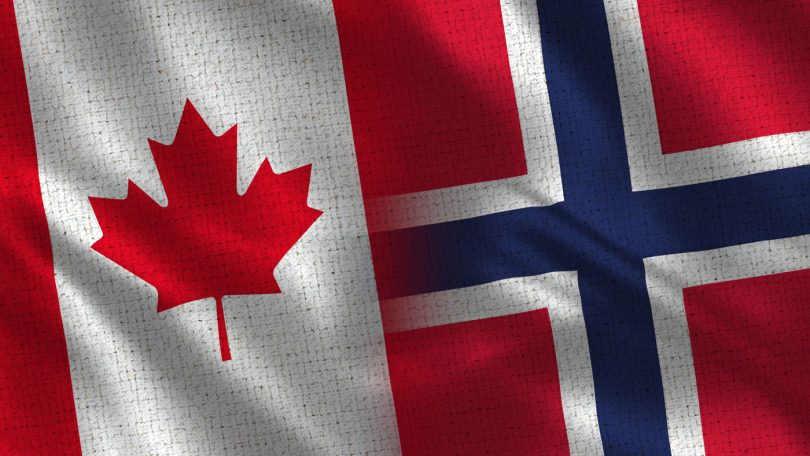 The EEA [European Economic Area] route must be explored with urgency. Mrs May refused from day one to explore this even as a back-up option. This looks now like a serious dereliction of duty. As a pragmatic policy “Norway to Canada” makes a lot of sense. We have a national genius, in times of crisis, for muddling through at the last minute. This could be our way to end this crisis.

In my last piece for BfB – The BRINO ‘Coup’ has Failed – I wrote that a Clean Brexit is far more likely than a Chequers-based deal. I also speculated that temporary EEA (European Economic Area) membership “could provide a politically manageable halfway house to full exit from the EU – and a better one than the transition period”. Recent events show that this EEA option is becoming a seriously possible outcome and one that many Brexiteers could support.

The Brexit negotiations have reached an intractable impasse. The EU rejects key aspects of Chequers. Mrs May intends more concessions to secure a deal – Chequers minus. However, the Cabinet has at last grown a backbone and is resisting further surrender. In any case the scale of Tory and DUP opposition makes it very unlikely that Parliament will approve such a deal. Even chief Tory Remainer, Dominic Grieve, dismisses Chequers because it reduces us to a state of vassalage (but still argues that we should stay in the institution that intends this humiliation!). Parliament is also very unlikely to give approval to a “no deal” outcome, with most MP’s – unlike the electorate at large – having been scared witless by blood-curdling warnings of the possible consequences. It is not clear though how Parliament could stop the Article 50 process which leads us to EU exit March 29th 2019, though it would certainly try.

This stalemate has prompted clear minded individuals across the political spectrum to examine the EEA option as a way out. Tory MP Nick Boles (close friend and ally of Michael Gove) started an EEA-based campaign in June called A Better Brexit (see betterbrexit.org.uk). In recent days the Tory voices of William Hague, Nicky Morgan, Amber Rudd and Stewart Jackson (close friend and ally of David Davis) have added their support. It appears that David Davis has very recently held detailed discussions with Nick Boles. There are a number of Labour backers of EEA, including Remainer Stephen Kinnock and Leavers Frank Field and Lord (David) Owen. Remain supporters of the EEA option prefer this to be a permanent rather than temporary move, but will back it anyway as respecting the referendum result and much preferable to “No Deal”. As the Brexit impasse continues I expect support from all sides for this option to grow.

The government claims that the only alternative to Chequers minus is “No Deal”. However, for most Brexiteers Plan A is a Canada plus Free Trade Agreement (FTA). The Brexiteer rebellion against Mrs May concentrated on getting her to switch from Chequers to Canada plus, rather than trying to topple her. Due to her intransigence – oh that she had been as stubborn and ruthless with the EU as she has been with her own party! – that strategy has failed, and much time has been wasted. A change of leadership now, if done quickly, would change policy, but the rebels have no agreed successor and cannot be sure of winning a no confidence vote. Furthermore, a new leader would struggle to obtain a parliamentary majority for Canada plus, even if an unlikely agreement in principle on Canada lines was obtainable at this late stage. An exit on WTO terms (No Deal) would provide a Clean Brexit, but at the cost of short term disruption and a widening of already bitter political division.

This is where the EEA option comes in. The EEA is a commercial treaty which promotes free trade between the EU and   Norway, Iceland and Liechtenstein, collectively referred to as the ‘EFTA States’. It enables participation in the single market, but from outside the EU. How this option can be secured depends in the first instance on resolving a key legal dispute about the UK’s EEA status after Brexit. Writing for Briefings for Brexit, Sir Richard Aikens, Professor George Yarrow, and Professor Guglielmo Verdirame argue that the UK automatically retains its membership of the EEA after it leaves the EU. Government lawyers and others argue the opposite.

If the government is right, then the UK would have to negotiate a continuation of membership, within the context that such membership was intended to be temporary (leaving the EEA is relatively straightforward, simply requiring the member to give 12 months’ notice). This is what the plan put forward by Nick Boles assumes. If Sir Richard et al are correct, the issue is much simplified from a legal point of view, though clearly to make this work in a practical political sense the cooperation of the ‘EFTA States’ would still be needed. The UK does not want to be a cuckoo in the EEA’s nest. Whether achieved by legal negotiations or simply by political agreement, temporary membership of the EEA is a vastly superior option to Chequers minus and its associated transition period:

The timescale for making the EEA option work is now short, but goodwill from EFTA is likely to be in much greater supply than we have seen from the EU. Recent media reports that Norway’s PM has rejected the option are ridiculous. “If you asked us we would welcome Britain, and any good cooperation with Britain…but it would be a little bit difficult for us’’ sounds like a negotiating gambit, not a rejection.

What about the EU’s role in this? Sir Richard’s view is that the EU would have no basis in international law to block UK accession to the EEA, and could be taken to arbitration if it did. Trying to block the option would in any case risk both triggering No Deal and being taken to international arbitration. If the EU takes a constructive approach then Nick Boles suggests a deal in which the UK agrees to meet the financial commitments of the draft Withdrawal agreement, in return for the EU facilitating the continued UK membership of the EEA and “continuity in customs arrangements”. The UK would agree to remain in the EEA until a Canada plus FTA is reached, providing the EU negotiates in good faith. The Irish backstop would become redundant, and both sides would cooperate in implementing practical solutions to the Irish border issue.

As a lifelong Eurosceptic and staunch Brexiteer the current impasse leads me to conclude that the EEA route must be explored with urgency. Mrs May refused from day one to explore this even as a back-up option. Did she intend all along to present Parliament with a “BRINO” deal or “No Deal” as the only options? This looks now like a serious dereliction of duty. As a pragmatic policy “Norway then Canada” makes a lot of sense. We have a national genius, in times of crisis, for muddling through at the last minute. This could be our way to end this crisis.