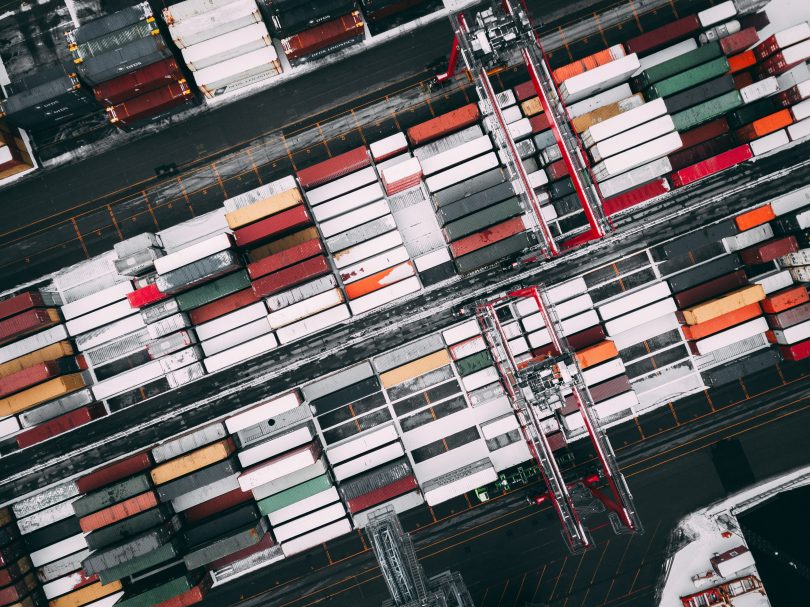 Recently there have been many newspaper articles about how the Covid-19 virus and subsequent lockdown will change our lives forever: less commercial, less international travel and much less global trade. However in the case of global trade, I am not convinced.

Global trade will not stop until it is just as efficient to produce the same standard of good in one country as another. But that doesn’t mean that we shouldn’t question whether it is sensible to allow one country to manufacture the majority of all active ingredients for pharmaceuticals, or medical protective equipment, or mobile signalling systems or electric car batteries. It is simply bad business practice to be completely reliant on one supplier. There will always be potential for disruptions whether due to strikes, drought, floods, war, pestilence and, of course, viruses. Not only do multiple providers ensure the continuity of supply, they put power back into the hands of the purchaser and keep prices competitive.

But global trade in agriculture is another issue. Despite all of the recent calls for the UK to be self-sufficient in its food supply, there will always be some foods the UK cannot grow and others that will be more efficiently produced elsewhere. For example, the ingredients of a ‘Made in the UK’ snack bar are: chocolate, coconut, rice, cranberries and cocoa butter. None of these will ever be grown commercially in the UK. But as a business it makes sense to make the snack bar here. The ingredients come from multiple countries and the cost of the ingredients will be a small fraction of the eventual sale price. Most of the price will go to the retailer, distributor, marketing, packaging and manufacturing companies. So unless we greatly change our eating habits, some global trade in agricultural products will continue despite Covid.

The end of Transition and the EU’s regulatory yoke

At the end of this year the UK finally escapes the EU’s regulatory yoke. This will enable the UK to import the agricultural products that it cannot produce efficiently itself from any global supplier, unimpeded by EU regulatory, tariff or quota restrictions. Setting our own trade agreements should also allow the UK to diversify its sales of agricultural products that it can produce efficiently to markets outside the EU.

The UK could also adopt new agricultural policies supporting more sustainable growing systems and enhance biodiversity by removing the EU’s agricultural regulations that feign ecological objectives. For example, gene-edited crops have been developed to resist disease and increase productivity but the EU has made their introduction expensive and complicated, so older crop varieties that require higher pesticide use are still grown in the UK. This should be one of the first things that the UK changes after the transition period ends in December.

Similarly, freedom from the EU’s regulatory yoke will be hugely beneficial to UK consumers. EU farmers are not only subsidised by CAP payments, which partially come from UK tax payers, they can also hide from international competition behind high tariffs, small quotas and some dubious regulatory barriers. An efficient producer does not need to do this.

Many Britons were dismayed to see farm workers being flown in from Romania while the country was in Lockdown. The economics of imported farm workers has a lot to do with the UK minimum wage. All UK employers must pay workers over 25 years old at least £8.72 an hour but this doesn’t have to be all cash. Employers can deduct up to £57.40 per week for the provision of accommodation. Cash flow is an issue for any business, but especially so for farmers. Besides the fixed cost of owning or renting their land, farmers have massive variable outlays before the crop is sold: soil preparation, planting, watering, weeding and harvesting. Consequently we shouldn’t be surprised that farmers prefer to employ temporary imported workers who need accommodation rather than local workers who don’t. Reducing outlays by £57.40 per worker, per week, will be a significant saving in a labour intensive business.

However If UK farms are uncompetitive using UK labour, then, like any business, they should be reconsidering what products they can grow competitively. Farms are, after all, private enterprise. With labour intensive fruit and vegetables, the UK would be better to import the end product from countries with lower wages, rather than borrowing their labourers. Countries with a lower cost of living and a cheaper currency will always have a comparative advantage in the production of labour intensive products.

So as the UK is a net importer of many agricultural products from the EU, where should the UK be shopping when the transition period expires in December? The obvious markets are those in the southern hemisphere with inherited British tastes. This could be a truly symbiotic relationship. Although Australia, New Zealand and South Africa produce many of the same products as the UK, they do so with almost opposite seasons so will not be in direct competition with UK farmers. The Covid crisis may have encouraged these countries to diversify their export markets as well. Certainly China has threatened to stop buying Australian beef and wine if Australia continues to pursue an independent inquiry into the origins of the Covid-19 virus.  It would be ironic if Britain, Australia’s largest trading partner before the UK joined the EEC, helped to fill any Covid-induced trading gap left by China which is presently Australia’s principal trading partner.

But there are also countries closer to home that should not be overlooked. For instance our non-EU Mediterranean neighbours – Turkey, Lebanon, Israel, Egypt, Libya, Tunisia, Algeria and Morocco – could fill our agricultural import gap left by the EU.  They are relatively close and can provide the UK with a lot of the fruit and vegetables that don’t grow in the UK climate, at least not without artificial heat or cheaper imported labour.

Although Turkey has a limited Customs Union with the EU, most agriculture, something that Turkey produces very efficiently, is not included. Yet Turkey is bigger than the UK’s three largest EU agricultural suppliers: the Netherlands, Ireland and France combined, it has a much longer growing season than Europe and the average pre-tax wages are about one seventh of the UK’s. Buying Turkish products would be cheaper than importing Romanian farm labourers to harvest UK fruit and vegetables even after deducting their accommodation costs from their wages. Additionally this trade need not be one way: Turkey’s meat sector is relatively small, and its fishing products are from a very different maritime climate so there is potential for the UK to sell Welsh lamb or Scottish salmon to the increasingly wealthy consumers in cities like Ankara and Istanbul.

The benefits of importing from a more efficient producer

Buying from a more efficient producer is a benefit to your whole population and the reason why we trade. Some potential partners will be more efficient because they have access to cheap labour where production is labour intensive, others because they farm vast fields which can be planted, irrigated and harvested by a 45ft wide, GPS guided tractors.

It is incredible that while almost all politicians accept that global trade has improved lives and reduced poverty, and happily encourage the export of products that their country can grow efficiently, many feel obliged to try to restrict imported products that other counties can grow more efficiently. In the case of the EU, they double down by subsidizing their inefficient agricultural production as well. Unfortunately many UK farmers have grown used to these protections and have become complacent – protesting that they would go out of business without subsidies. But what other private business has this luxury?

The UK will continue to produce dairy products, fish, lamb, beef, barley and oats efficiently because the UK is blessed with fertile soil, ample rainfall, extensive fishing grounds and of course developed most of the world’s best beef cattle and sheep breeds – designed specifically to thrive on the type of grazing land found in the UK. But for products that can only be grown in the UK efficiently with government subsidies or high tariffs or strict quotas or the importation of cheap farm labour, the UK would be better off importing those products from more efficient producers. This would be good for those other producers as well as good for UK consumers.  It may even be better for the planet if it requires fewer heated greenhouses. Additionally, our new trading partners will get access to an affluent market for their products which will in turn help their own populations to prosper.

It has been noted that many activists are trying to use the covid-19 crisis to demand a response from government that they have been campaigning for all of their lives. Many who never wanted to leave the EU are calling for an extension to the implementation period, others who never liked global trade are demanding a return to self-sufficiency. But the UK government must ignore both groups, discard the EU yoke and continue to be the champion of free trade. If Covid-19 has taught us anything, it must be that global trade should be more diversified not less: we need multiple suppliers as well as multiple markets.

Catherine McBride is an economist with over 20 years’ experience in financial services and was Senior Economist at the Institute of Economic Affairs’ International Trade and Competition Unit. She writes here in a personal capacity.