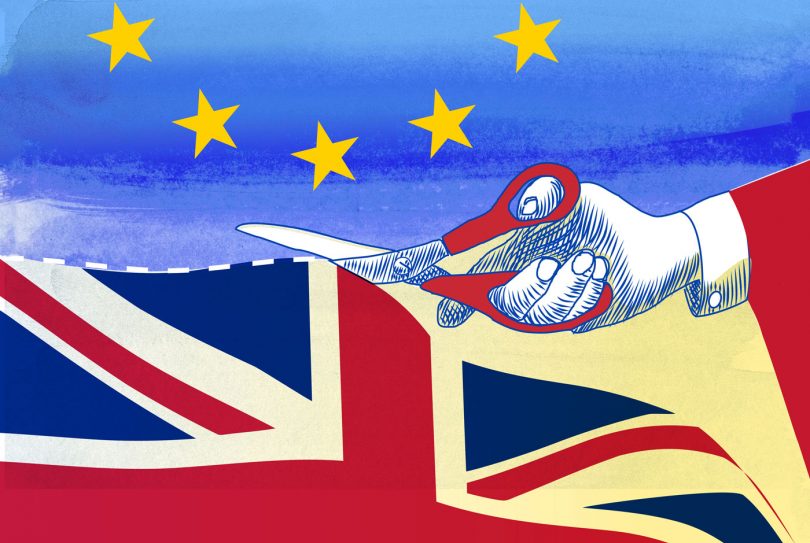 The EU and its apologists insist that it will not ‘reopen’ the WA. There are weak legal and political grounds for such a stance, whereas three strong political incentives exist within the EU to reach an agreement – and soon. But Britain’s new prime minister must convince the EU that he is determined to leave on October 31 if it continues to refuse satisfactory renegotiation.

A commonly heard view recently is that, no matter who emerges as the next prime minister of the United Kingdom — on current form almost certainly Boris Johnson — the European Union will continue to refuse to “reopen” and renegotiate the Withdrawal Agreement. That would seem to leave one of three outcomes possible: the UK leaves the EU on October 31 without an agreement; the UK government blinks, and seeks and obtains a further Article 50 extension; or the new prime minister gets the Withdrawal Agreement over the parliamentary line by securing some concessions, which are reflected in the Political Declaration. It seems far more likely, however, that the EU will agree to renegotiate the Withdrawal Agreement, assuming that the new prime minister can convince EU leaders that he would prefer the UK to leave without an agreement on October 31 rather than face either of the other two options and, importantly, is able to do so (that is, is not thwarted by parliamentary maneuvers).

Three things suggest that the EU will reopen and renegotiate the Withdrawal Agreement.

1 The EUs position is increasingly untenable

First, once a new UK government is in place, the EU’s position of refusing to negotiate with the UK will become increasingly untenable. The EU has no grounds to refuse to negotiate with the UK and negotiating means reopening the Withdrawal Agreement. The EU may try to cling to the argument that the European Council and the UK Government endorsed a Withdrawal Agreement on November 25, 2018 and, as far as that is concerned, it is the end of the matter.

But the endorsement of the Withdrawal Agreement at the November European Council meeting was not the end of the matter; it was one important staging point on the way to reaching a final agreement. Subsequent developments in the UK have demonstrated, all too dramatically and painfully, that the UK was not able to reach agreement with the EU “in accordance with its own constitutional requirements”, as stipulated in Article 50 of the Treaty on European Union.

If the EU were to continue to refuse to renegotiate by allowing for the possibility of amending the Withdrawal Agreement, by October 31 the absurd situation will have been reached of the EU refusing for the best part of a year to negotiate with the UK. This makes a mockery of the European Council’s own “core [negotiating] principle”, as stated in its April 2017 guidelines for Brexit negotiations, that “nothing is agreed until everything is agreed”. Manifestly “everything is not agreed”, so on that basis “nothing is agreed”. If nothing is agreed, what is the EU’s basis for refusing to negotiate? The moral and constitutional ice upon which the EU is skating is looking decidedly thin.

Lest it be thought that the EU has been refusing to reopen the Withdrawal Agreement because of the logistical difficulty of the EU27 reaching agreement on its side, consider this: All that is required on the EU side for it to agree on a renegotiated Withdrawal Agreement is for the European Parliament to pass it (by simple majority) and the European Council to follow suit (by qualified majority of the EU27, meaning at least 20 member states comprising at least 65% of the population of EU27 member states). No protracted process of seeking approval from national parliaments is involved.

Second, the change in prime minister is literally a game changer. It changes the nature of the bargaining game between the EU and the UK. A little bit of game theory goes a long way here.

It seems fair to surmise that both the EU and the UK would prefer the UK to formally leave the EU in a mutually agreed upon way, as provided for in the Treaty on European Union, rather than do so without an agreement. It is also clear that the EU preferred the Withdrawal Agreement, as endorsed last November, to some modification of it, centering on the Irish backstop, sufficient to gain a majority in the UK Parliament.

The calculus for the EU is about to change. It will do so if, as all the current indications suggest, the new prime minister can convince the EU that he is fully prepared for the UK to exit the EU on October 31 without an agreement in place. That would be the case if the new prime minister preferred the UK to exit without an agreement to it seeking another Article 50 extension (or somehow his trying to get a parliamentary majority for the Withdrawal Agreement). The Withdrawal Agreement, as currently drafted, would become moot, and the choice facing the EU would be between reopening the Withdrawal Agreement and a no-deal Brexit. It would almost certainly choose the former. The fact that hitherto it has steadfastly asserted to the contrary is irrelevant.

Prime Minister May never used the threat of leaving without an agreement as leverage to force the EU’s hand in reopening the Withdrawal Agreement, so the key game theory question of whether such a threat would have been “credible” or not was moot. In game theory, whether a threat is credible or not has a very specific and crucial meaning. In this case, the EU would deem the UK’s threat to be credible if it believed that the UK would find it in its best interest to carry out the threat, should the EU not accede to the UK’s demands (or offer). The EU must believe that the UK definitely sees itself as better off with no deal than accepting the Withdrawal Agreement and therefore that the UK is prepared to act on that.

The new prime minister must convince the EU (that is, key EU political leaders) that the UK will leave on October 31 if the EU continues to refuse to reopen and satisfactorily renegotiate the Withdrawal Agreement. All the indications are that he will, partly because electoral incentives are strongly pointing in that direction (a Conservative prime minister who does not deliver some form of Brexit by October 31, or very soon thereafter, will almost certainly be signing the electoral death warrant of his party, at least for the foreseeable future).

The last thing the EU wants is for unfinished Brexit business from the Juncker Commission to be carried over, unresolved, into the new Commission and for it to distract from and potentially disrupt this critical and monumental once-in-five-year change in administration. Despite frequent protestations seemingly to the contrary, strong political incentives exist within the EU to reach an agreement on Brexit – and to reach it soon. It takes two to tango, but the pushing of the prime ministerial reset button in the UK provides an opportunity for that to happen.

All the ducks are lining up for the EU to change its tune on refusing to reopen the Withdrawal Agreement. Now it will just need a push, albeit a rather firm one, from the new UK prime minister.