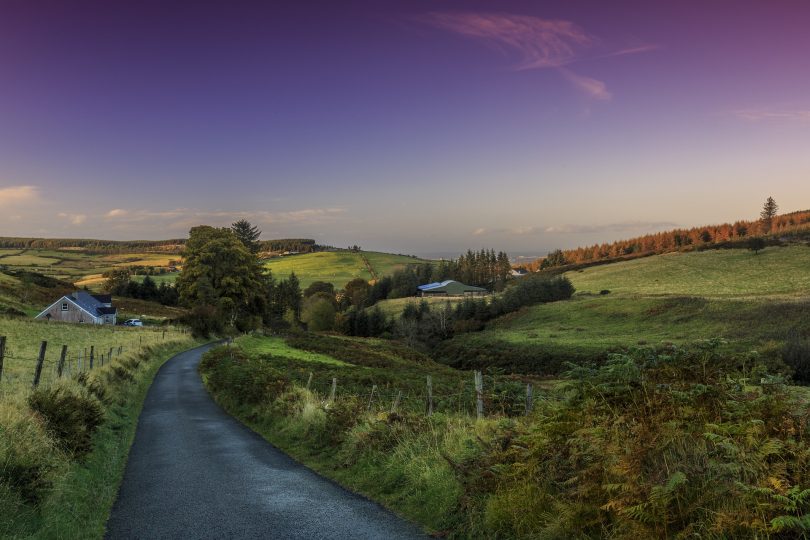 The EU Withdrawal Agreement hardens the EU’s line on using the Irish land border as a battering ram to elicit further concessions from the UK. This tactic is unlikely to work. The border is a manageable issue, and the sensible UK proposals have been validated by a detailed EU report on the use of technology to solve the problem.

Today the EU published its draft Withdrawal Agreement (WA) on Brexit which puts into legal language the Joint Progress Report agreed between the UK and EU on December 8th 2017. The Joint Progress Report was meant to facilitate movement onto further negotiations about the transition period after the UK leaves the EU in March 2019 and onto negotiations about future trade arrangements. The Progress Report was hailed as a victory for Theresa May since it appeared to unblock the roadblock to trade talks (which still have not begun 20 months after the Referendum). The draft Withdrawal Agreement reimposes the roadblock by retreating on its acceptance last December of the ambiguous language on the fraught issue of the Irish border.

December’s Joint Progress Report contained two, now famous, paragraphs which laid out the UK commitments to both the EU and to the people of Northern Ireland. Theses paragraphs, in full, are as follows:

These paragraphs appear to contain a contradiction in that EU regulations on production, labour rights etc. would be aligned between the Republic of Ireland and Northern Ireland but without any change in the current unfettered access for Northern Ireland businesses to ‘the whole of the UK internal market’. Some interpreted paragraph 49 as implying that Northern Ireland alone would have regulatory alignment. Others interpreted the paragraph as promising that the entire UK would do so. In the latter case the Irish dog would be wagging the UK tail, with the entire UK required to retain important aspects of its existing EU membership.

The draft Withdrawal Agreement attempts to clarify this ambiguity before moving on with the Brexit negotiations. The ambiguity is of course is resolved in favour of the interpretation favoured by the Irish Republic and EU. It says little about the first two safeguards in paragraph 49 nor about the important issue of future tariffs. Instead it focusses on the third, fall-back, possibility. It demands that either the UK will retain regulatory alignment with the EU, most obviously by remaining within the Customs Union, or that Northern Ireland will become a special zone of the EU maintaining EU rules and hence avoiding the need for a land border on the island of Ireland. The trade border in this case would then be at the Irish Sea between Northern Ireland and Great Britain. The latter was ruled out in paragraph 50 and is unacceptable to the UK. In particular, it is anathema to Theresa May’s allies in the DUP since this proposal would make Northern Ireland a semi-detached part of the UK and nudge it in the direction of the Irish Unity to which Dublin aspires (but in reality could not afford at present).

The nudge towards Irish Unity is the key to understanding why the relatively manageable issue of the Irish border has been raised to such a major impediment in the Brexit negotiations. A relatively invisible border is possible without either the UK as a whole, or Northern Ireland in particular, retaining compliance with EU regulations or remaining in the EU Customs union. The UK outlined in its August 2017 Position paper how this could be achieved with electronic customs clearing, trusted trader arrangements for large firms and exemptions for small firms. The long-standing Anglo-Irish Common Travel Area means that no controls on personal travel would be imposed (other means would be applied to control illegal immigration into the UK including co-operation with Irish police and customs).

Of course, a border already exists for excise duties, currency and illegal immigration. All of this is currently handled without physical border posts, although vehicle number-plate recognition cameras are already in place on the major crossing points. There is a significant current level of smuggling involving a need for surveillance and intervention by customs officials and police on both sides of the border. None of this has been a political issue, and presumably a continuation of this level of border activity would also not provoke a political crisis.

In its usual aggressive manner the EU dismissed the British proposals as ‘magical thinking’ but they are in fact the same as those in a major EU report on the Irish border.  This report ‘Smart Border 2.0: Avoiding a hard border on the island of Ireland for Customs control and the free movement of persons’ was prepared in late 2017 for the EU parliament by the EU’s Directorate general for Internal Policy.

In its own words the report:

‘identifies international standards and best practices and provide insights into creating a smooth border experience. The technical solution provided is based on innovative approaches with a focus on cooperation, best practices and technology that is independent of any political agreements on the UKs exit from the EU and offers a template for future UK-EU border relationships’.

‘By introducing customs and government border procedures in an innovative and constructive way, there are also benefits for governments and society, including from a safety and security perspective. Instead of looking at Brexit as primarily as a task of minimizing the damage to trade and the movement of people, it could be seen as an opportunity to re-design the border concept and to operationally test a new model on the NI-Ireland border that also conceptually – with modifications – could be used also on the other borders to between EU and UK and potentially as a best practice for other EU external borders.’

The EU has of course resolutely ignored its own report and continues to push for the UK to remain within the customs union. The EU, and particularly the French, fear a low regulation Singapore-type economy only a few miles from their borders and would prefer the UK not to be able to do trade deals on its own.

The British position is that almost any trade agreement with the EU could be accommodated without border posts or border infrastructure other than cameras. Even the cameras could in principle be located away from the border itself. While existing cameras are not attacked, it is possible that the heightened sensitivities over Brexit could lead to some damage to cameras even if there was no other physical infrastructure to attack. Alternatives to cameras include drones, which are currently used on the US-Canada border. There may also be the possibility of monitoring goods trade via GPS technology located with the HGVs carrying goods across the border. Only 6,000 HGV’s a day cross the Ireland-Northern Ireland border, half of them on the single Belfast-Dublin road.

Together with the (uncontroversial) Common Travel Area, these arrangements could mean that the UK was able to agree a Canada-plus free trade agreement, and still fulfil its promise of avoiding a hard border. The issue of the Irish border is thus much less serious that many people have claimed. Attempts to force the UK into the EU customs union are unnecessary to meet its aims. A calm and co-operative approach can deliver an outcome satisfactory to all. The task now is to move swiftly to a free trade agreement and then to implement electronic and other border arrangements to avoid any physical controls at the border. This will require a more assertive approach from the UK Government than was evident in December’s progress report. The best would be to belatedly adopt a firm bottom line and threaten ‘no agreement on trade’, which is much more economically feasible than suggested in the various exaggerated analyses from the Treasury, including that in the leaked Government report of two weeks ago.