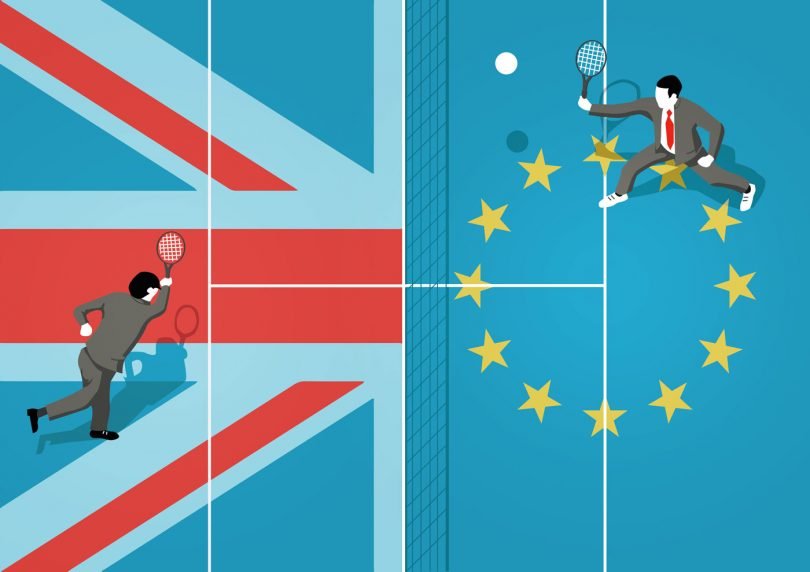 Michel Barnier has made great play with Article 77 of the Political Declaration signed between the UK and the EU, claiming that it commits us to obey EU regulations in a ‘level playing field’. Professor David Collins shows that this is a confidence trick: the legal commitments embodied in the World Trade Organization already provide a level playing field.

In his famous treatise The Art of War, the ancient Chinese military strategist Sun Tzu instructed that “the clever combatant imposes his will on the enemy but does not allow the enemy’s will to be imposed on him.” This is an axiom that the EU has evidently taken to heart in the Brexit negotiations, trying to convince the UK that the only way to get even a standard Free Trade Agreement (FTA) is by following their rules.  This is simply not true.

Article 77 of the Political Declaration (PA) declares that “the future relationship [between the UK and the EU] must ensure open and fair competition, encompassing robust commitments to ensure a level playing field…the precise nature of [which] should be commensurate with the scope and depth of the future relationship and the economic connectedness of the Parties.” But the simple fact is that the rules governing these matters do not require the imposition of EU law on the UK, as the EU would have you believe. The level playing field is already assured by the legal commitments enshrined in World Trade Organization (WTO), of which both the UK and the EU are Members.

On state aid, these rules are contained in the WTO Agreement on Subsidies and Countervailing Measures (SCM), the whole purpose of which is (to use the exact words of the PD) “to prevent distortions of trade and unfair competitive advantages.” If the EU wants to expand upon these baseline rules in an FTA contemplating a closer economic relationship, then an enhanced subsidies chapter could easily be drafted, as it was in the case of the recent EU Japan Economic Partnership Agreement (JEPA).

It is a bit rich for the EU to demand in the PD that “the Parties should uphold the common high standards applicable in the Union and the United Kingdom at the end of the transition period” especially in the areas of state aid and competition when it is EU law which so badly falls short of anything resembling “high” standards. The financial architecture underpinning the Euro, a currency which is not properly sovereign-backed and undercapitalized in violation of international banking rules, enables systemic subsidization of Eurozone producers resulting in far-reaching dumping of products into the UK and elsewhere. Indeed, the EU ranks among the world’s worst subsidizers, with massive aid packages for industries such as rail, aerospace and automobiles to name but a few. Why would anyone believe that the EU is somehow a paragon of regulatory virtue in this area?

Likewise, on “social and employment standards, environment, climate change, and relevant tax matters” there are international treaties in place of which the UK is a signatory covering these areas too, ensuring that standards will not be lowered going forward. Again, EU law is redundant.

The call for Parties to “rely on appropriate and relevant Union and international standards…includ[ing] appropriate mechanisms to ensure effective implementation domestically, enforcement and dispute settlement” are similarly fulfilled by WTO law, including the SCM as enforced by the WTO’s Dispute Settlement System. Since as a matter, of course, EU law which has an effect on trade must be in conformity with WTO law, the reference to EU law in the sentence is superfluous and self-serving.

Finally, the closing sentence of Article 77 of the PD requires that “the future relationship should also promote adherence to and effective implementation of relevant internationally agreed principles and rules in these domains [e.g. employment, climate change], including the Paris Agreement.” This is an aspirational statement which consists of hortatory, “soft” law rather than a binding obligation. It is therefore difficult to see, absent bad faith, how these issues should operate as a stumbling block to the finalization of an FTA.

Sun Tzu famously declared that “all warfare is based on deception.” It’s not too late for the UK to realize that the “level playing field” is nothing more than a confidence trick. It’s time to put it to rest.