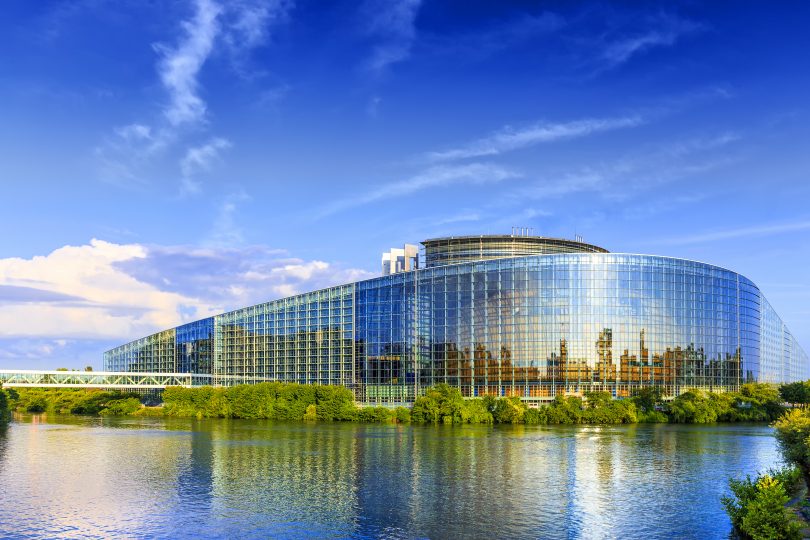 One of the strongest claims made for the European Union (EU) is that it has helped bring peace to Europe following the devastating wars of the last century. As part of this peace project, so the story goes, the EU has succeeded in reunifying the continent, integrating the states of the former Eastern bloc and thereby overcoming old Cold War divisions. The goal of continental peace stretches back to the earliest incarnation of the organisation, in the form of the European Coal and Steel Community, which sought to overcome Franco-German conflict by integrating those national industries most directly associated with twentieth century total war.

There is plenty that could be queried about this popular myth of the EU as peace-maker, but whatever credibility the EU could have claimed as peacemaker in the past has been shot to pieces over the last decade.

Internally, the EU has recreated new antagonisms at the core of the Eurozone. The attempt to crush together the vastly divergent economies of Europe’s southern tier (Spain, Italy, Portugal, Greece) with those of the north (Germany, the Netherlands, France) in a single monetary union without any complementary fiscal integration, has produced brutal economic antagonism that has exacerbated the Greek depression. Opposed economic interests constitute one of the most profound and intractable sources of political conflict, and thus the structural flaws of the Eurozone are destined to bedevil European politics for years to come, fostering resentment, suspicion and hostility between the peoples of Europe.

Externally, EU policies have roiled conflict on its periphery. On its southern border, the EU has sought to intervene in the Libyan civil war that has been raging there since the overthrow of Colonel Gaddafi in 2011. The EU has been funding Libyan militias as part of its attempt to deflect migrants from its borders. It is EU funds that have made profitable the new slave trade in Libya, captured in horrifying detail in CNN footage broadcast in November 2017.

It is in the East however that the EU has most dramatically forfeited its claim to be a peace project, following blunders that directly led to the war in Ukraine. The attempt to integrate Ukraine into the EU orbit with the 2013 Association Agreement not only predictably antagonised Russia, it also forced a divided country to confront an existential choice about its foreign policy – a choice that would inevitably tear it apart. It is difficult to overstate the catastrophic character of this blunder. Not only did blind EU expansion reignite violent conflict in one of Europe’s most historically divided states that was at the epicentre of so much bloodshed across the last century, it also ignited a proxy war with a nuclear-armed great power, Russia, in the heart of Europe – something that was avoided across the entirety of the Cold War. Thus with remarkable thoughtlessness and geopolitical naivety, the EU has brought war back to Europe. Now not only is the EU sinking into a proxy war in Ukraine, it is is embarking on full scale geopolitical rivalry with Russia across Eastern Europe, the Caucasus and the Balkans.

Instead of peaceful integration, the eastward expansion of the EU has disproved its claim to reunify the continent and shattered its legitimacy as a peacemaker.