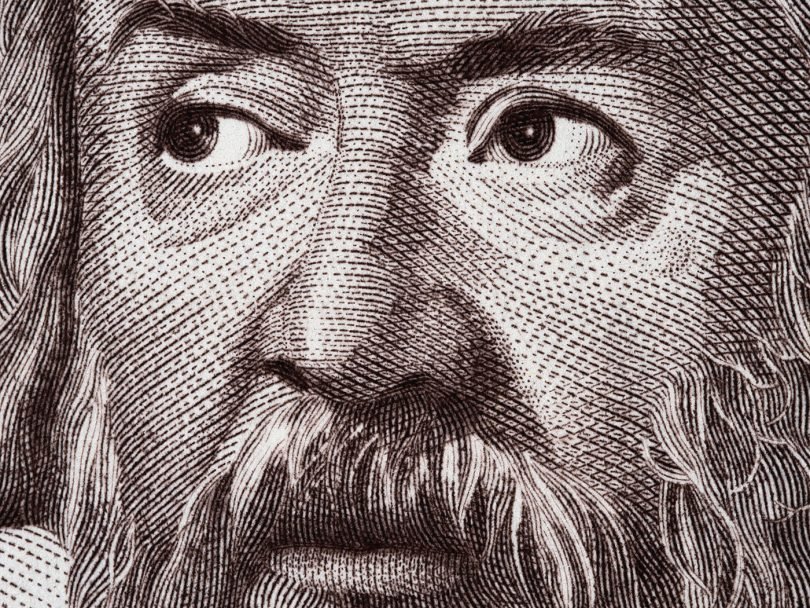 The Prime Minister’s reported resolve to authorise an independent British satellite system is of capital importance. It is an exciting and optimistic moment. Britain should pull away from any association with either defence or space collaborations with the EU after Brexit; it should look after British defence, security and industrial interests.

As part of the litany alleging the damage that Brexit will inflict on the country, which is being peddled daily by ‘continuity project fear’, step forward the GALILEO satellite project. First in the Financial Times and then, unchallenged on the ‘Today’ programme, the public has been told that Britain stands to lose vital defence assets and that British companies will be damaged were we to be shut out of the EU’s global positioning satellite project. So, implicitly, these are more reasons to cancel Brexit. But this is entirely untrue and the truth is close to being the exact opposite. What are the actual facts of the matter? There are three.

First, Britain does not need access to GALILEO because unless we queer our pitch with the US (which we will if we are foolish enough to be drawn into the EU trap, explained below), we get what we need from our participation in our special UK/US defence relationship which we ought to be actively deepening in the run up to Brexit next April. The UK’s offer of support to the EU was a political favour and we provided indispensable inputs to it. How so?

Because, second, GALILEO is not viable without British participation on two fronts. In technology, about 80% of GALILEO contracts are for secure data systems and, according to UK Government statistics, the majority of these have been awarded to UK companies. Geo-strategically we would be allowing the EU the use of Britain’s unique network of globally-located ground stations.

Third, the episode and the underlying details in the GALILEO acquis show in terms that the EU won’t dilute its authority one iota and is actively seeking to damage British sovereign interests after Brexit. Their aim is to lure our badly advised politicians in, so that the EU can suck us dry (point two), thereby harming our relationship with the US (point one) while simultaneously excluding us from the system’s product. The same three facts and the same dangers pertain in any formal engagement with the EU’s defence integration project at large.

It should not have taken ministers more than a year to realise that the EU is deadly serious about its bid for ‘technological sovereignty’. This was, after all, the overriding reason for Brussels conceiving GALILEO separate from America’s GPS in the first place. Technologically, the Europeans don’t need GALILEO either: it is an unnecessary duplication but for political reasons they wish to be independent of the US. Nor should Ministers have been ignorant of the EU’s rules for non-EU participation which are unacceptably too onerous to be entertained by any UK Government committed to ‘taking back control’.

Norway’s is the only real precedent for non-EU participation in GALILEO. It was obliged to adopt expanding EU regulations governing GALILEO on top of the pre-existing EEA agreement. It also paid a €70-million bounty to the EU for the privilege of ‘access’, a sum its participating companies are unlikely to recoup in profits. The agreement means that the EU is allowed to site two of its ground stations in Norway, but, cheekily, Norwegians must pick up the cost of ensuring they are secure. Via the agreement, Norway is buying limited industrial access to the development phase of GALILEO rather than access to its data, which Norway could have gained via a separate PRS agreement (Public Regulated Service) which the EU is offering to non-EU countries. In short, it is a terrible deal and for Britain, which holds the whip hand if only Ministers understood, an intolerable one.

In the world of EU officials, there can be no deviation from the rulebook.  ‘Il n’y a que texte, ’the Brussels mantra flatly states. And they really mean it. So the EU was not ‘playing hardball’ on GALILEO as one British diplomat said of the bust-up. It is merely operating within the strictures of its own vast and inflexible acquis of directives and treaties, just as it will do on all aspects of our ‘negotiations’ over leaving. When will Ministers understand that there is no ‘negotiation’ to be had because the EU cannot negotiate? It gets worse. Touch any part of GALILEO and we compromise other vital areas. The GALILEO acquis (the rulebook dedicated to this project alone), already encompasses EU strategy in defence, transport, communications, agriculture and foreign policy. It is bound up by administrative arrangements with the European Space Agency.

A la carte is a term of abuse in Brussels. The idea that the EU might agree to the UK participating on its own terms was always totally unrealistic. British civil servants who sold this idea to their ministers were at best incompetently ignorant or, at worst, disloyal. We know from secret tapes of Cabinet Office officials that were revealed in UK tabloids that as recently as February 2018 the civil service was inflating the chances of the EU being flexible on GALILEO.

From their side, EU officials will already have assessed the impact of additional running costs, new tenders, recruiting new expertise, restarting work, new ground stations and the legal and technical issues of GALILEO without the UK. They will have grasped that the UK’s departure means that a considerable chunk of finance, most of the expertise and several ground stations will be lost from the project. They will have calculated that this will bring a long delay. So they need to trap the UK fly in a spider’s web so that after Brexit we are powerless, but still contributing money and the essential skills that the EU needs.

Risk to UK status with the US

The political and technical reality is that the UK didn’t need to be in GALILEO, because of our agreements with the United States. However, by staying in the EU project in any form, the UK is actually more likely to jeopardise and even lose the current US relationship. GALILEO has already been the source of tensions between the EU and US and UK’s favoured access to GPS was unlikely to have outlived competitive discussions over access, licensing and the exchange of data had we not been leaving the EU.

But who is the fly and who is the spider? There is another view and another way. Since so much of GALILEO is British, the UK might do as the Prime Minister was reported by The Times on 2 May to be considering seriously, namely develop its own global navigation network to create redundancy, to complement our capabilities from US GPS and to give our defence and security agencies options for tailored sovereign capabilities which can be shared within the Five Eyes Intelligence community if we wish. We strongly encourage her to take this prudent step in the interests of our national security. It can be assumed that this is being considered partly with an eye on commercial opportunities and an eagerness to retain strategic industrial capability which is another excellent reason to do it; and it is perfectly realistic for us to do so. Several other less geo-politically competent industrialised countries have done the same. China, Japan, Russia and India are pursuing their own capabilities. France is developing a regional version.

A UK version would put us in competition with the EU of course, and why not? China, Israel, Ukraine, India and Morocco have entered bilateral agreements with the EU over the use of GALILEO once – if – it is complete. Similar discussions have taken place with Argentina, Australia and South Korea. With the firm leadership that the PM is reported to be about to demonstrate, we could forge ahead and poach them and at the same time give a boost to the British advanced aero-space sector. The EU had shown that it will do us no favours and is willing to do us harm. It is high time that our government understood this and acted accordingly.

The debacle over GALILEO is the result of British negotiators believing that they can encourage the EU to be flexible. It is yet another case of hope overriding experience and our people must learn urgently from it.

In this respect, GALILEO discussions have been a microcosm of the wider negotiation, particularly the unfolding problems seen in defence. It is worrying and astonishing that the UK is making a bid to stay in the European Defence Fund and other structures developed suddenly last year for an EU-wide defence procurement programme. With UK support, the EU asserted full control over these programmes plus associated policies, budgets and even a new adjunct to military structures. Yet the UK game-plan depends on the EU giving up some level of control over these new creations. That will never happen.  Yet without a change in the EU’s preconditions for participants, an independent UK could not stay involved.

So in EU Defence at large, like in GALILEO, officials on both sides are demanding an impossible compromise from each other which is made impossible by the simple fact that each side will eventually be autonomous in its decision-making. The EU acquis communautaire deprives EU negotiators of any flexibility.

The unfortunate part is that UK industry, whether space or defence, is taken along for the ride until the reality hits home and the Government accepts that there are no compromise deals to be had. Yet while the EU is blocking further UK commercial involvement in GALILEO, it has welcomed UK commercial involvement in EU Commission-regulated defence projects of the new European Defence Fund.

If this looks like double standards, well of course it is and it might be explained by the fact that the EU has not yet extracted every relevant piece of intellectual property it can harvest from the UK defence industry as it would be able to do if the UK Government accepts the EU’s terms in the space sector, which we may now hope will not happen. Ministers unwisely permitted and even encouraged UK companies to be tempted into these defence projects despite knowing that UK involvement lasts only as long as EU authority exists in the UK.

This is why the report of the Prime Minister’s resolve to authorise an independent British system is of such capital importance.  It is an exciting and optimistic moment. Britain should pull away from any association with either defence or space collaborations with the EU after Brexit; and in the space sector, where we are by a country mile the dominant party, it should look after British defence, security and industrial interests by beating the EU at its own game. We are not the supplicants here and Government should indeed stop acting as if we were.

Therefore we hope that the wider lesson for our future defence and security at large, that we have explained here, is hauled in by Ministers at the same time. They must understand very clearly that the EU will only look after its own interests, which includes damaging ours. That the PM is prepared to break away from the EU over GALILEO suggests that at last this is being not only understood but acted on at the highest executive level. It is very much the right decision for the country. It’s a tough old world out there.

Professor Gwythian Prins is Emeritus Research Professor at the LSE and was Visiting Senior Fellow in the Defence Evaluation & Research Agency and on the Chief of the Defence Staff’s Strategy Advisory Panel. He is the Academic Board Member of Veterans for Britain