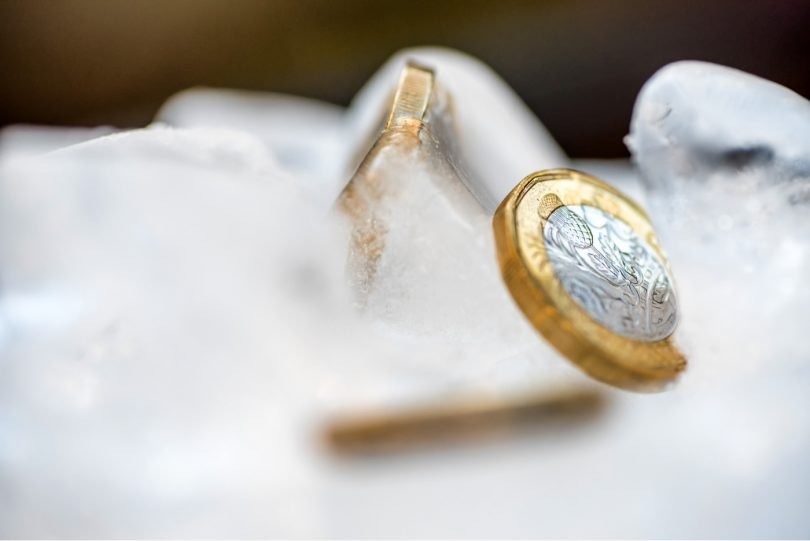 The UK has recently seen tax increases, price rises and supply bottlenecks that will slow recovery, though current gloom is overdone. The bigger picture is that these problems are early symptoms of a global wave of “creative destruction” created by the aftermath of the pandemic, climate change and rapid technological change. The successful economies will be those that ride this wave, that quickly adapt to rather than resist it. Uniquely aided by Brexit freedoms the UK’s highly adaptable economy is set to be a global winner.

The headlines are dominated by alarming stories of shortages of fuel, labour and goods, of rising prices and higher taxes, of an incipient energy crisis.  Commentators warn that the UK is uniquely badly placed, painting grisly scenarios of a Sterling collapse, higher interest rates and a severe recession. However, Sterling is much less vulnerable than in pre-Brexit days. The UK’s current account deficit has fallen sharply since the referendum, from a dangerous level of over 5% of GDP in 2016 to a moderate annualised 1.5% in the first half of 2021. The UK’s recent difficulties will setback recovery in the next few months, but not to the degree suggested by overwrought pundits. Investors are not panicking as the UK stock market has barely budged, and Sterling has shown only slight weakness.

Pessimists underestimate private sector resilience and adaptability, the power of markets and the price mechanism – and even politicians and bureaucrats! – to resolve problems. There is much truth in the adage “the best cure for high prices is……..high prices”. The recent exponential increase in wholesale natural gas prices has the classic hallmarks of a speculative blow off, which will largely reverse before too long. Forecasters find it easier to identify problems than solutions, but that doesn’t mean they are not there. Disaster scenarios attract attention, but outcomes are usually much more benign. The last eighteen months vividly demonstrate this, with economic damage caused during the pandemic much less than forecast.

The UK’s current difficulties are part of a bigger picture. Every major economy is wrestling with similar issues, symptoms of huge global economic challenges.

The Bigger Picture: A Wave of “Creative Destruction”

At his recent party conference, the PM used a classical economic idea – Pareto Efficiency – to flesh out the philosophy behind “levelling up”. He might have used another classical economic concept – “Creative Destruction” – that offers powerful insights into the current economic turmoil (too scary for a party conference no doubt!). The concept is associated with the Austrian economist Joseph Schumpeter, who described it as the “process of industrial mutation that continuously revolutionizes the economic structure from within, incessantly destroying the old one, incessantly creating the new one”. In capitalist societies this process is always there, but it intensifies at times of accelerated innovation.

The global economy is heading into a perfect storm of creative destruction. In addition to rapid technological change, we also have the massive creative/destructive forces set off by the pandemic and climate change. To take two illustrative examples:  the unprecedented lockdowns telescoped a shift to home working that would have occurred over years into a matter of weeks; the impact of climate change policies is transforming the huge energy and motor industry sectors. Many companies – big and small – will be destroyed and many jobs lost. Whole industries may disappear. At the same time other companies will grow rapidly, many new jobs and companies will be created, and entirely new industries appear.

The key question then becomes, who is best placed to adapt to this enormous wave of change? Here’s why the UK is well placed to be a global winner in this challenging environment.

Why the UK can be a Global Winner

Future historians might conclude that the UK left the EU – foresight or serendipity? – with perfect timing. To prosper in a period of exceptionally rapid change the UK needed to untie itself from a sclerotic anti-innovation bureaucracy, instinctively protectionist and prone to over-regulation. The freedoms that Brexit provides are vital to ensure the UK has maximum flexibility. Critics accuse the government of so far failing to use these freedoms, but this is patently untrue. The UK legally left the EU on 31st January 2020, but the Trade and Cooperation Agreement – a unique tariff and quota free trade pact with the EU don’t forget- has only been in effect for 10 months. In this time Brexit has enabled or facilitated the following:

* Authority to create Free Ports throughout the UK, with 8 already announced

*Our first free trade deal – with Australia -as an independent trading nation, with the groundwork laid for much more

*The creation of a skills- based immigration policy, enabling the inflow of the best global talent

*State Aid can be used more flexibly and aggressively to address industry specific crises, and for the first time in 40 years we have UK-determined Agriculture and Fishing policies

*Reform of EU regulations. Progress has been slow, but critically we are no longer subject to new EU regulations, so that the UK can adopt a light touch regulatory approach to new growth industries – in many of which the UK is a world leader – and thus increasingly diverge from the EU in vital areas.

*The execution of a dramatic political, military, and economic shift – through the AUKUS agreement and our application to join the giant CPTPPT trading bloc – towards the Pacific region. This re-alignment towards the world’s economic powerhouse, and source of much of the global economy’s future growth, may be the most significant long-term Brexit dividend. The UK’s exports are mainly services, precisely where the ever- growing spending power of Asian consumers is being directed.

Aside from the growing Brexit dividend, the UK has other key competitive attributes. We have a government with a stable majority, able to execute significant policy changes quickly. The UK’s economic policy response to the pandemic is clear proof of that, and after a bad start the health policy response as well. Many of our competitors have weak and divided governments. The UK is the only major economy to have significantly raised taxes to credibly restore fiscal discipline post-pandemic. The forthcoming Spending Review is set to include a return to the vital fiscal rule of balancing current spending with current revenue, meaning that borrowing will only be used to finance investment. The government has an ambitious infrastructure spending programme – overdue and vital to raise productivity and contribute to “levelling up” – but this will be financed in a fiscally conservative way. Winning economies are underpinned by fiscal credibility – the government has shown capacity to take tough and unpopular decisions. The UK’s debt to GDP ratio can now be re-set on a downward path.

UK monetary policy has been less impressive. In the face of an obviously rising inflation threat the Bank of England should have already raised Bank Rate and ended the Asset Purchase programme. Crucially, however, the Bank has not followed the ECB down the rabbit hole of negative interest rates. The UK’s pandemic-induced money supply surge – peaking at 15% growth – was also far less than the extraordinary 25% money growth recorded in the US. The Bank has become less complacent about inflation and may be the first major central bank to raise interest rates. This should be seen as a confidence boosting first step on the road back to monetary normality. The UK cannot be a global winner if higher inflation becomes embedded, but with fiscal and monetary discipline, combined with higher productivity due to supply-side reforms this can be avoided.

Domestic and international institutional investors seem to largely share the pessimists fears about UK economic underperformance. On all relevant valuation metrics UK equities are markedly undervalued, underperforming US equities by a massive 90% in the last five years. However, the real “smart money” – selected hedge funds and private equity investors – has recently been piling into UK assets. UK tech “start-ups” raised more funds in the first half of 2021 than France and Germany combined. The UK now has over 100 tech “unicorns” (companies with a market cap of more than $1bn) – more than any country bar the US and China – and a string of “decacorns” (market cap over $10bn) have emerged this year. Private equity funds have been very active in attempting to buy small and large companies and willing to pay large premiums. Morrisons – a no more than average supermarket chain – was recently taken out at a 60% premium to the starting market price. These investors are seeing great value in UK assets, sensing the strengths noted above. My money is on the smart money!