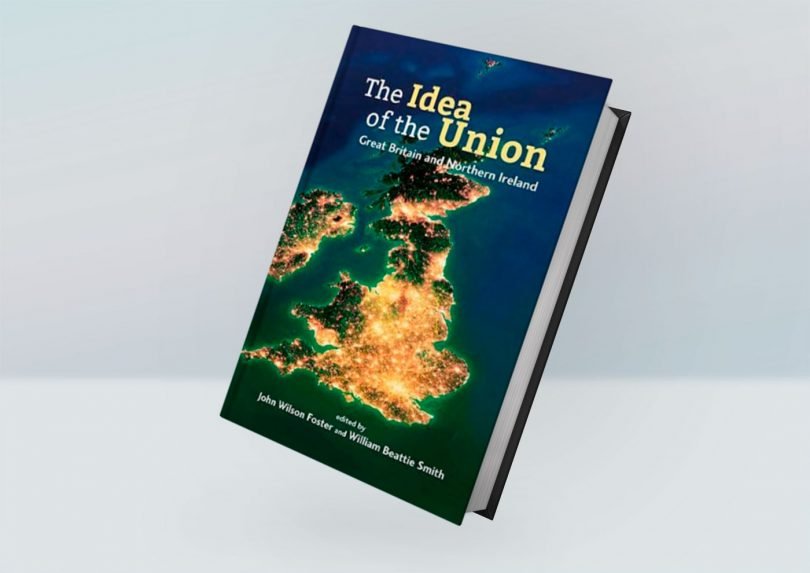 A new book dismantles the case for an all-island Irish republic separated from the United Kingdom. John Wilson Foster and William Beattie Smith explain why they edited The Idea of the Union: Great Britain and Northern Ireland.

Irish republicanism harries Northern Irish unionists daily. Driven by inherited amoral dogma, it politicises as much of our lives as possible. Obsessed with a constitutional endgame, it writes the political agenda, rewrites history, and answers its critics with silence in the illusion of strength but in the reality of threadbare logic.

Yet its mantra has been gaining ground outside the province.  Inside Northern Ireland, advocacy for the Union is no longer made on the campuses, by business, the churches, civil society or the mainstream media. The irony is that many of those who will not publicly subscribe to unionism actually do support Northern Ireland remaining in the United Kingdom. Absurdly, they are cowed by the thought of being considered bigoted or of refusing to admit their guilt for their ancestors’ past sins, a thought that republicans do not entertain for a nanosecond despite their years of support for killing and destruction.

Since the Brexit referendum in 2016, the campaign for a united Ireland has been increasingly aggressive in electoral politics, in debates over rights, legacy and language, and in shifting blame from republican terrorists to the British state. It has tried to foster the delusion that a united Ireland is progressive and inevitable, while the pro-Union cause is reactionary and hopeless.

Regrettably, there are many influential figures in the United States and Europe who have bought into this falsity. While London is being busy being neutral on the Union, Dublin is energetically endorsing the prospect of annexing Northern Ireland from the UK.

These have been the urgent incentives for us to edit The Idea of the Union: Great Britain and Northern Ireland.

There are others.   Recently the untruth has taken hold that the partition of Ireland was foisted on an innocent united island by perfidious England, when in fact it forestalled an all-island civil war between two armed cultures.  Two of our historians readily debunk a myth that has become the primum mobile of the united Ireland campaign.

Why not then casually add the untruth that Northern Ireland was ab ovo nothing more than a cultureless and one-sidedly sectarian state.   The recent service in Armagh “commemorating” the birth of Northern Ireland could not even commemorate, much less celebrate, the success of the anti-Home Rule campaign that saved northern Protestants, Jews, agnostics and atheists from what proved to be decades of a fundamentalist Catholic Church sway over the southern government. Nor the achievements of Northern Ireland thereafter, including its immense industrial contribution to the war against Nazism, the revolutionary Education Act of 1947 and the pioneering NHS of 1948. And if these originated in Great Britain – that was, and is, the point of the Union!

Commentators have rightly argued that republican success results from the passivity of unionism, its failure to argue its case.  Neither the influential audiences on which our future may depend nor those in Northern Ireland who wish to stay inside the United Kingdom are hearing the unionist case loud and clear.

This was another urgent incentive for us to edit The Idea of the Union: Great Britain and Northern Ireland. Here is the case for the Union of Northern Ireland and Great Britain spelled out by a score of eminent writers and scholars. Our contributors are historians, distinguished politicians, economists, legal activists, political journalists and cultural analysts.

The Union that our book explains and promotes (geopolitically, historically, culturally) is the whole Union of Scotland, Wales, England and Northern Ireland. Some of our contributors are Scottish or English.

The editors and many of their contributors regard themselves as both Northern Irish and British.  Their rich dual existence is not a tribal “tradition” of bonfires and marching to be “accommodated” inside a 32-county Irish republic. Instead, it is an inalienable historical identity that the Ireland as imagined by Sinn Féin, Fine Gael or Fianna Fáil could not possibly accommodate: their Irish Ireland would not have the cultural storage space.

We and many of our contributors also regard themselves as Irish, of the island of Ireland. The real cultural coherence of the British Isles makes far more sense than a fantasy all-island republic separated from the rest of our North Atlantic Isles.  Northerners of whatever political persuasion would find their cultural lives constricted were they to live in a united Ireland shut out from the daily opportunities, benefits and possibilities of United Kingdom citizenship. And if dual citizenship were on the cards, why then bother to pursue the will o’ the wisp of Irish sovereignty, and cause serious civic disorder while doing so?

It is the belief of several of our contributors that southern Irish acknowledgement of their considerable cultural Britishness would help allay the fears or quell the resentment of many northerners of a nationalist background.  The illusion of Irish social, economic and cultural independence, demonstrated in several of our chapters, cannot possibly justify a campaign to annex Northern Ireland from the UK.

So, unionism is not about retreat into the Wee Six Counties but about outreach and ambition, participating in the new expansive United Kingdom forging new worldwide alliances. The inward-looking nationalism of small western nations is a shackle that the Republic of Ireland itself tacitly rejects in its enthusiastic submission to the EU.  Yet that submission and the campaign to annex Northern Ireland are utterly incompatible.

Our contributors explore the importance of east-west relationships; the implications of Brexit for Anglo-Irish relations; the Scottish dimension of the GB-NI Union; unionists’ perceptions of British betrayal; the facts behind alleged unionist discrimination in housing between 1921 and 1973; republican rewriting of the history of the Troubles and twentieth-century Irish history generally during the scandal of legacy; the case for ditching the EU protocol; a comparison between living standards north and south. And the way forward for unionism at Stormont – and elsewhere in these islands.

The Idea of the Union: Great Britain and Northern Ireland is available for £12.99 through Blackstaff Press, Amazon and bookshops.

J W Foster is professor emeritus of English at the University of British Columbia and the author of a range of books on, inter alia, Irish Literature and culture. W B Smith, a political scientist, was formerly principal private secretary to First Minster David Trimble and is author of The British State and the Northern Ireland Crisis 1969-73.