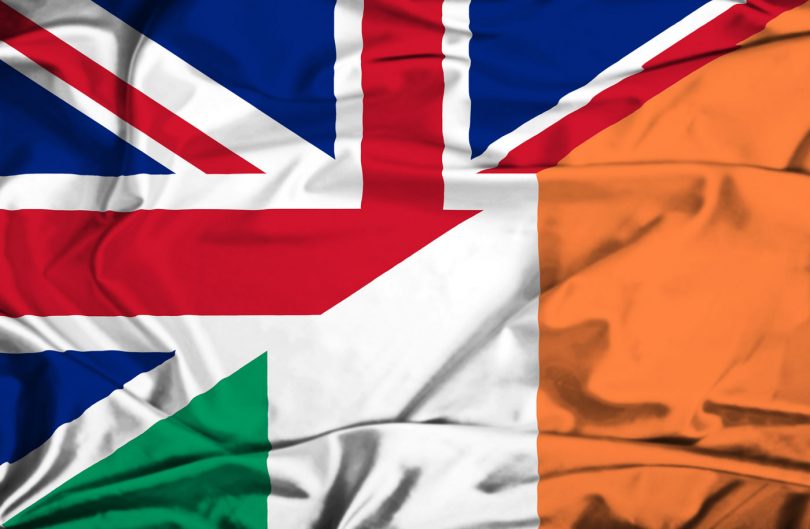 A lawyer refutes the EU claim that its Backstop will not undermine the territorial integrity of the United Kingdom nor advance Irish unification. The UK will be in a position of making diplomatic representations to the EU in respect on Northern Ireland, while the Republic will be treated by the EU in Backstop issues as if its government represented Northern Ireland.

The EU is maintaining the pretence that its Backstop will not undermine the territorial integrity of the United Kingdom nor advance Irish unification.

This is not difficult to refute.  The EU will retain superior legislative, executive and judicial power over many aspects of Northern Ireland.  This will include state aid, an important issue for Northern Ireland which receives much taxpayer money.  It is common for a state to have customs borders within its territory, and even more so between itself and non-metropolitan territories like the Isle of Man or Hong Kong.  But it never happens that part of its territory is in a foreign country for customs purposes.  If the EU decides to have a trade war with the UK, then Northern Ireland will be on the EU side of such a dispute.  The Backstop unconditionally prioritises Nationalist sentiment over Unionist – the EU is too busy saying “We are all Irish” to remember that Northern Ireland is not, at least not in the sense the EU means.

Put simply, no country has agreed for another to have jurisdiction over part of its territory save in the colonial era when European powers forced countries like China to concede jurisdiction, or in treaties such as Versailles where a country has suffered a catastrophic military defeat.  The presentation of the Backstop as something undramatic is impossible to justify.

None of the above points is original.  They have been made many times in the last year.  None of them has dented the EU’s resolve to assert that this a non-issue where sovereignty is concerned, and it has all been overly dramatized by the UK.  Of course, “dramatization” is an odd accusation to make against the UK.  The EU’s “We are all Irish” mantra is resonant of Chirac’s “We are all American” response to 9/11.  The UK’s proposals in 2017 were dismissed with implausible images of lorries full of chlorinated chicken thundering from the UK, to Northern Ireland, to the Republic and then sweeping into the rest of the Single Market.  The EU could have spared the UK the drama of revealing a fully worked up Backstop agreement; it is more usual for both parties to an outline agreement to be involved in agreeing the detail.  Having let the UK and the Unionists believe there was a compromise, it might have been less dramatic to involve them in working up the details, instead of suddenly revealing that the EU had compromised on nothing back in December 2017, and was demanding everything it conceivably could by reference to the need to avoid CCTV cameras at the Northern Irish/Republic border.

Is there anything more that can be said?  Something that might at least trouble the EU’s many British apologists in the negotiations?

Perhaps, yes. The Backstop will mean that in various matters the people of Northern Ireland will be like British ex-pats living in a foreign country.  The British government would be reduced to making diplomatic representations to the EU in respect of how they are treated, just as if they were living in a foreign country.  The UK will not be a Member State, which must be treated with equality and solidarity, but an outsider looking into how its citizens are being treated in a foreign country.  The whole concept of an “all-weather Backstop” is that the UK’s consent is never again required for the EU to exercise its powers.  An “all-weather Backstop” does not permit the UK to be the judge of whether the EU is behaving properly in Northern Ireland.  So much for the UK’s sovereignty being undiminished.

In stark contrast is the position of the Republic of Ireland.  The Republic will be an insider in the EU’s decisions in respect of Northern Ireland.  The EU has demanded jurisdiction over Northern Ireland by stressing that the EU-27 are “all Irish” when it comes to the Backstop – presumably they will take this sentiment into how the Backstop is exercised.  The EU will have acquired power in Northern Ireland in the name of Irish interests and will be well-placed to exercise it as such.  Mr Barnier has made it clear that it is no role of the EU to be an honest broker as between Unionist and Nationalist sentiment – the EU in respect of Northern Ireland acts on the advice and in the interest of the Republic.  Whatever diplomatic representations the UK might make on how the EU exercises its Backstop power, the EU will not go against the wishes of the Irish.

So, to whom must the people of Northern Ireland look to perform the role of their government in matters where the EU holds sovereignty?  It should be fairly obvious that Northern Ireland will be under the guardianship of the Irish government in matters where the EU holds power.  Citizens of Member States look to their government to represent them in EU decision-making.  Ireland will have that role in respect of Northern Ireland.  The very creation of the Backstop will have established that the voice of the UK does not matter a jot with the EU in such matters in comparison to that of Ireland.

We might well wonder that the Backstop will be only the start of the EU’s demands over Northern Ireland. It is clear that the EU did not just demand a jurisdiction that would eliminate the need for border checks.  The EU did not stop at regulatory alignment and customs union.  Wherever being in different jurisdictions could create problems for North-South co-operation, the EU sought jurisdiction.  Regulatory alignment plus customs union means free-movement of goods, so the EU demanded State Aid jurisdiction.  If the Backstop were brought into operation and its operation created conflict and friction with remaining areas of UK sovereignty, the EU will feel itself justified to demand such powers as were required to eliminate the conflict.

So, the Backstop casts the Irish government in the role of Northern Ireland’s government, even if the UK will provide the staff, infrastructure and funds to serve the EU on Backstop issues.  The UK government will be reduced to a foreign government making diplomatic representations in respect to what the EU does on what is supposed to be UK territory.  Yet the EU insists, and the Irish government insist that nothing undermines UK sovereignty, and nothing promotes Irish unification.